Although the Realm is known as a Walled City, in reality it does not have a wall around it. That is reserved for its capital Bezélan. The name is derived from Foyiitùn (Foyiitùn - the Language of the Woodsmen) to roughly equate to ‘the place of points’ (Be = place, an = of, zel = point). Various rulers were dissatisfied with the vagueness of the City’s name, but were also reluctant to change it. Thus it was that Qal'ath was often used interchangeably with Bezélan when referring to the Capital.   The Capital is divided between the city "proper" and Bezélan Minor, where the poorest of the population eek out an existence. Bezélan "Major" is a basic concentric castle atop a cliff. The outside "circle" is mostly civilian population except for the training of hounds and cats. The second "circle" features the lush Pyskii Lawns and Pavillion and the private vineyard of the King. Also here are the Public Court and the Kaal-Navia jail along with the healing buildings of Elemental Binding with its own gardens.   Aside from the curved walls that bordered the Blànaneux River on the West, the Aszilousii River (which runs into Lake Paxeux) on the East and the Honour Guards settlement in the North, all other walls are angular. Its corners are situated at the South, South East, North East (roughly) and North West, each with its own guard tower.   The ruler of Qal'ath rules from Saf-Athan Palace in the central circle of Bezélan. That "inner circle" is also where the army often congregates to be given orders or to hear a speech by the King. Interestingly, the Archives - or the Bezélian Archives to give it the full name - is also closely guarded there.   More to follow, I'm still compiling a lot of information about this place. There are some brief articles about some locations inside Bezélan to right (if you're on a large-ish screen).

Adding map markers is something I'm only doing as-and-when, as my focus is writing at the moment.
Bezélan City
Open full size
A detailed map of Bezélan "Major". 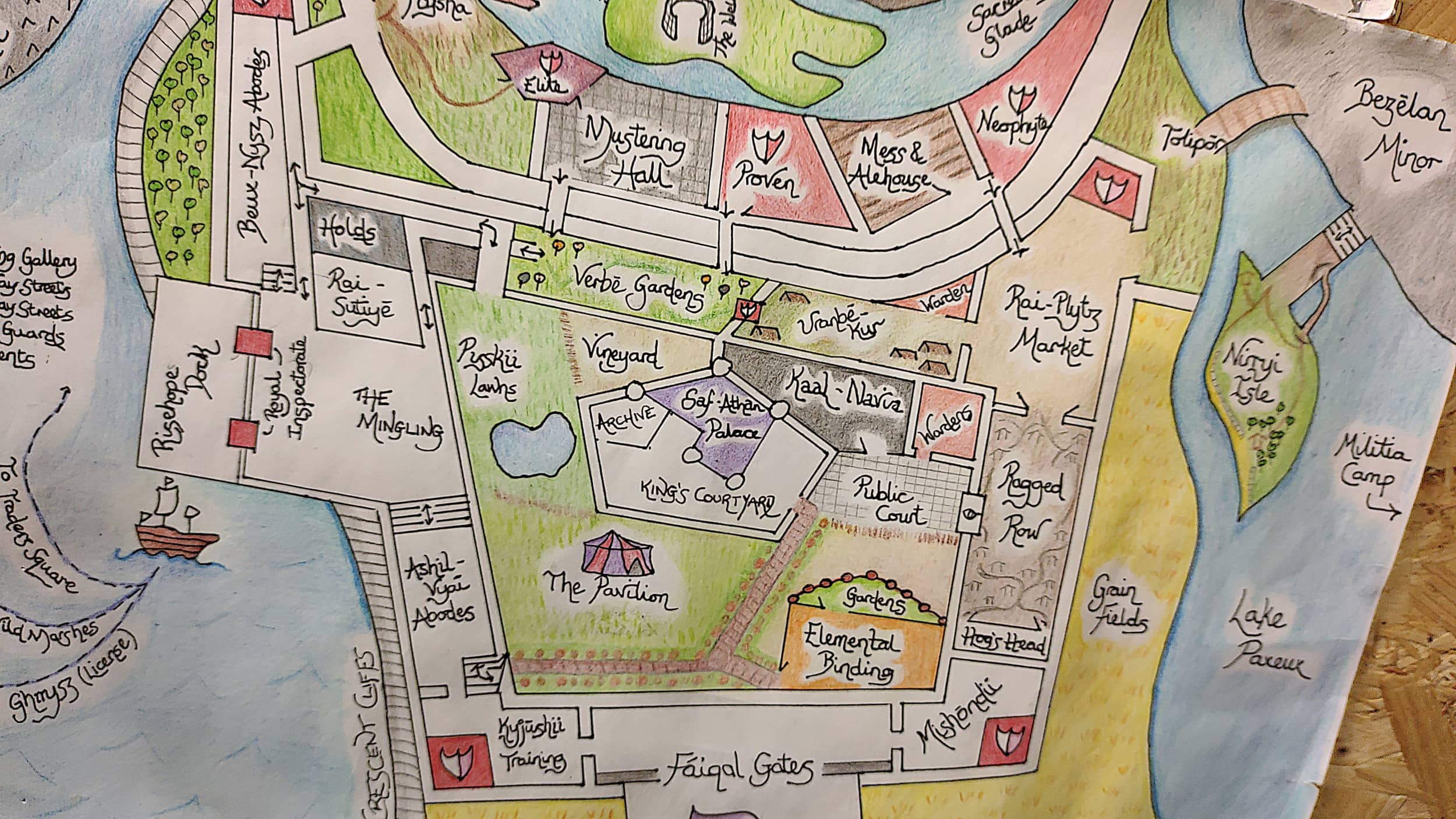