Zuree had always thought that Farrah was beautiful. She had deep brown skin, it always glowed like ember. Her hair was curly, dark and big. She often complained it was hard to tame, but it fit her so well. She was well build with big biceps and broad shoulders, though she wasn't tall.

Farrah is from the southern continent, she came to The Kingdom of Edrea when she was younger. Her mother brought her there and they lived in the outer parts of Bechlea for many years. But her mom got sick and after a short time of illness, she passed away. At that point Farrah was 14 years old. She'd made friends with some of the personel from the castle and they got her a job there. Not long after, Zuree met her when she did different chores like clean her chamber.

Zuree insisted that she should be her personal maid servant, it took some time to convince the king, but at last Zuree's father accepted it. She has lived in the castle since and been both the servant of Zuree but also her friend. Though she is her friend, no one but their close group of friends knows. That group only consist of Carlin, Bashel and Zuree. It is often seen as unproper if a maid and a royal have any kind of personal relations.

Farrah has no contact with the family her and her mother left in Wodila'hei. Her mother fled her home due to the fact that her husband was abusive towards her. She was scared that he would take it out on Farrah when she got older. Her mother never told her family and was shunned as a result. She was seen as a marriage deserter and family deserter, something that is ill-wieved between the southeners. At least unless there is a good explanation.

Farrah is a tough person who knows how to keep cold in a hectic situation. She has met resistance in her life and losing her mother and her family hardened her to other situations. She is tactical and fast when it comes to take action. She is often seen as a cold person to those around her. She has a hard time opening up because she feels like she is different than others due to her heritage. She does have close friends though. Zuree, Bashel and Carlin are all close to her and they know her well enough to know that she is anything but cold. She is warm at heart and not just quick in a fight but also quick to find something funny to say in a situation. It is almost as if the jokes come natural.

She is talented when it comes to the tradition fighting from the southern continent. The fighting style is called Chibuia and relies on simple weapons such as fists and Ulaha (any thick stick will do really.)

She used to live on the southern continent where it is custom for children to learn it. It is usually a way of the younger and older generations connecting. The fighting style is often used for big group events where a fighting choreography is taught. Farrah had a talent for the fighting style and she used more time training than what is required.

Chibuia is the reason the king accepted her as Zuree's personal maid, she was both good at her job but also another layer of protection for the princess. To maintain her skill in Chibuia she often trains with Bashel whenever he has training hours. Bow and Arrow

She also knows how to shoot a bow, though she is not as skilled as the princess herself. She is better skilled in hunting, she doesn't exactly enjoy the sport of arching but can be persuaded to play a game of Arrow-dodge if Zuree just begs enough.

Though she is bad at opening up, she has a talent when it comes to talking to people. She is extremely good with kids and good at calming people down if they're scared or angry. She is very sympathetic though not many notices it.

Farrah is strong-minded and strong-willed but sometimes those traits can morph and she can often be judgemental and close-minded. She has a hard time taking critique for anything other than her work, which she doesn't care that much about. It can lead to her going her own way or doing whatever she thinks is right. It might turn the situation sour, because she held on to her belief instead of considering other options.

She wants to be a guard in the castle, but women are not permitted to hold such positions. She wants to stay in the castle with her friends as they are the only people she knows well. Zuree has promised her that she will become a guard once Zuree is crowned Queen. 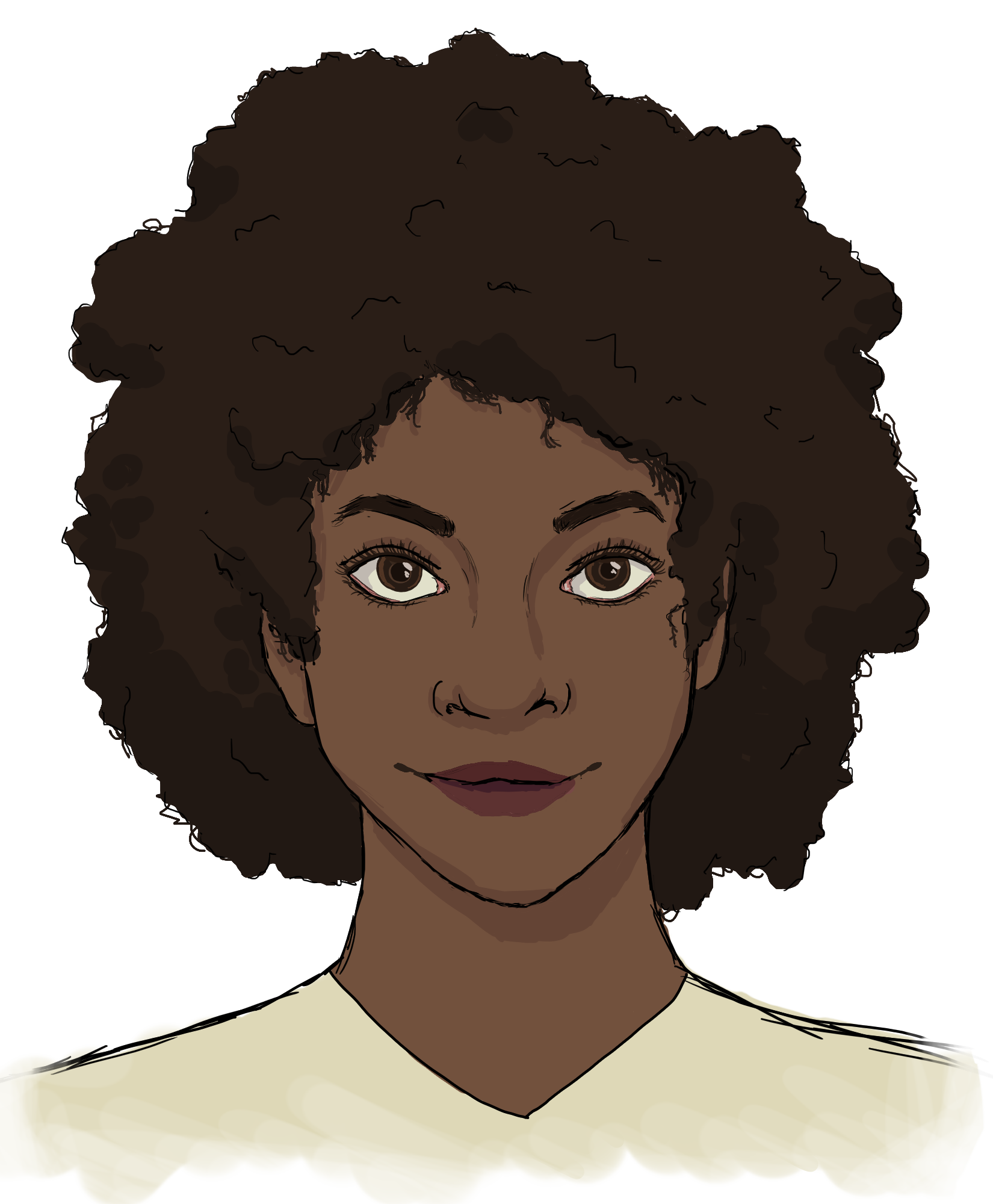 She reads in the evening when most are sleeping and she is done with her duties for the day. She isn't picky when it comes to books but takes whatever she or Bashel can sneak out of the library.

Farrah likes baking, which is something she does with Carlin and Hella when they have time and the kitchen is empty.

Her clothing is dependant on whether she is working or not. The required uniform for the maids is a grey dress that stops at the knees and black stockings under as well as a white apron. She is not allowed to add or remove anything from the outfit.

Farrah will usually wear a tunic and pants when she is not working. Her tunics are often colored in strong colors, a way to cling to a small part of her heritage. She also has a necklace she always wears, even under her work uniform. It is a golden locker with a dried flower inside. Her mother gave it to her.

Really interesting character! Your writing really breathed life into her personality,i almost feel like i know her somehow. I especially liked the layout and the picture was feels perfect for her personality.   I am curious where she learned to keep her calm in tough situations and want to learn more of the story behind her talents in fighting. Those are the things i would suggest working more on, but all in all a very nice portrayal. Cheers!

Thank you so much for the feedback :D I'll get working on that right away!

The flaws is the part that really stand out to me: they make her seem like a real person. I can very easy see being like that and it does much to make her come alive! <3 Do you think she'll evolve out of that shell?   I would also like to know: how is she so good at combat? Where did that training come from? Or is she just natural-talent type of brawler who's relying in natural athleticism at the beginning until she can find proper training?   She also doesn't appear to have much of a presence outside her relationship with Zuree. What are her hobbies? What are her goals? What remains of her family and what do they think of her friendship with Zuree (since it must be a pretty big deal, princess and all that)?   All in all, very nice! <3

Thank you Qurilion! I will try and expand her a bit more. I really appreciate the great feedback :)

I like her! Good call on adding a flaws section; they are too often overlooked, but also what defines us as humans. They also feel a natural extension of their personality, so good job in finding them. On the other hand, I missed some other important sections, such as motivations and stuff that would make her seem even more real. Q mentions hobbies, which is a great suggestion. Adding some more detailed things, like physical quirks (if any) or her dressing style would help with realism. The character template has a ton of fields that can help you with inspiration!   Great article, keep writing! See you around!

Thank you for the comment Ondo! It was really helpful :D

"Farrah has no contact with the family her and her mother left in Wodila'hei." Maybe change that to 'She and her mother'.   "It is a golden locker with a dried flower inside." Did you mean locket?   I can very easily imagine Zuree and Farrah going back-to-back in a game of arrow dodge to show them guards who's boss. On the flip side, both characters are described as strong-willed, and that could result in a few problems if they find themselves on opposite sides of an issue.   On another note, it's always nice to have someone in the party who knows how to deliver a good old-fashioned smackdown with whatever is handy.