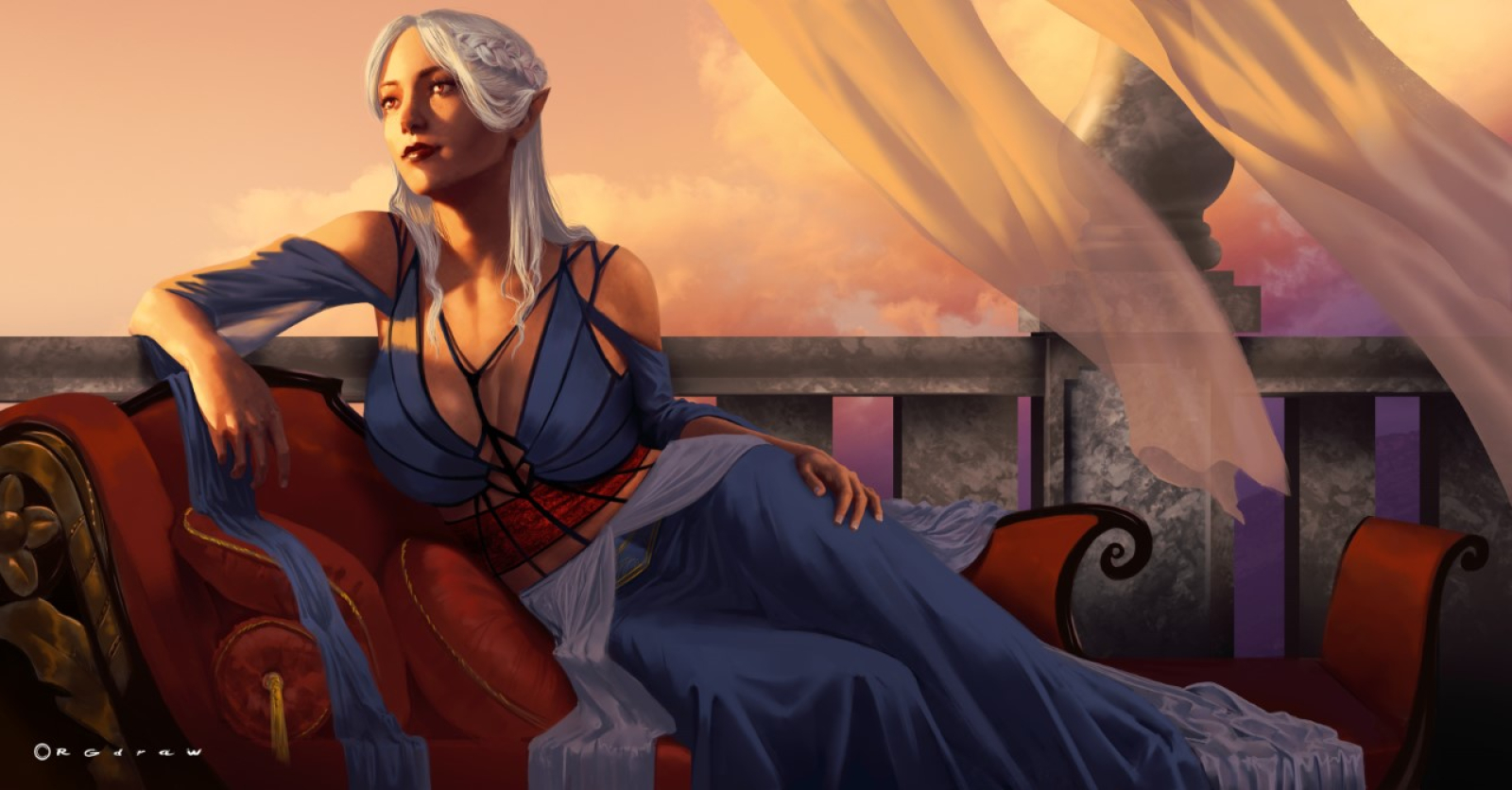 Ira was born in the Royal Palace of Dercia in Pearlhal and she would spend most of her early childhood within the palace walls, and it was first when she was around 10 years old that she was allowed to partake in public events and it was also around this age that the population of the empire would begin to view her as something special.   From an early age, she would show a great talent for magic so when she was old enough she would begin to attend the Royal Academy for magic.  It's also from an early age that she would begin to show a drive for exploring on her own and showing a more rebellious side to her, a side that her mother empress Amelessa Ruxmer would not approve of but that her father in relative secrecy would support his daughter in.

In the later years, she would begin taking a bigger responsibility in the rule of Dercia by helping her father, and while her rebellious side would have calmed down and having been replaced almost entirely by her adventurous side and from the age of 16 she would at first without anyone knowing it leave the palace on her own dressed as a commoner and with her silver-white hair and red-eye colour with the help of some minor magic spell change her appearance into a more common look. After a couple of her adventures, she would begin to study the people and listen in on what they had to say so when she returned to the palace and her duties she would bring up ideas drawn from what she had learned during her trips.     It took a year until her father became suspicious of her ideas and her source for them, and would confront her about it but to Ira's surprise, he didn't stop her since he could see the good those trips brought to the population and Ira. The only demand he would make was that Ira would take extra classes in her weapons and self-defence training.    This training she would in her late teenage years turn into a relative successful cover as a fighter in various underground fighting pits under the name Ria, a name she chose because while being similar to her real name was distinctive enough that people would not think about it.

During one of her trips around the capital, some of her friends would recommend that she was to try out the Kingsway Inn. She had barely arrived before a fight between the two groups that the inn's patrons consisted of, army and navy personnel. Trying to not get too involved in the fight Ira would sit at the bar, and it was only when she took a lookout over the fight to try and see if it was about to die down, that she spotted some guy that looked to be around her age waving for her to come over. Ira could see that the place he was sitting was a relative peaceful corner and thinking why not to her self she made her way towards the guy that presented himself as Azran He would end up making such an impression on Ira that after they said their goodbyes later that night she would every time from there on afterwards keep an eye out for Azran, but she knew the chance to find him again in a city the size of Pearlhal was near impossible but it would turn out that a certain goddess, Mara would make sure that the two of them would end up meeting again.

Ira is in arguably better shape than most of the palace guards and while they might be stronger than her, Ira makes up for it by being more agile than them.

Ira is of a slender build but that body does show the signs of many years of physical training.

Ira has silver-white hair, and red eyes and her ears end in a sharper point than a normal human.

Because of the Blessing of Mara Ira has silver-white hair and red eyes and thanks to this blessing being extremely rare make these features some of the most distinctive when it comes to her look.   Besides her hair and eye colour, another feature that can be seen as somewhat identifying is the fact that thanks to her heritage as a member of the Crienia people and that her mother is an elf, she have ears that are more pointy than a normal Crienia and half-elf.

When she is confused one of her most common quirks is raising her right eyebrow.

Depending on what she is doing in the palace, if performing some of her royal duties she will wear some of her more official clothing normally will be in the royal colours of red and blue. If she is off work she will wear some more loose-fitting clothes.   When out among the people in Pearlhal she usually has some leather armour that can work as both normal clothing and at the same time offer some protection in a fight.

Ira would receive some of the best education that the empire could offer, when she began showing signs of being talented with magic she would attend the Royal Academy of magic where she would specialise in illusion magic.   Because she showed an interest in it and later on because of her trips into the city without protection she was given excessive training in fighting, being it with swords, bows or other weapons. she was also given training in other more general military matters.

Since she began taking part in the ruling of Pearlhal as a representative for the royal family she has helped introduce some laws and remove others in an effort to make life better for the citizens of the city and as a whole empire.   When she began to use the alias Ria she managed to make a small name for herself and is relatively well-known in those circles.

Sometimes the laws she was helping implement weren't always received with open arms, mostly by the urban nobility and these would make it hard for Ira to implement new things for a while.   Under her alias, she would sometimes overestimate her strength and challenge some fighters that would end up beating her in the pit.

Is a follower of Mara

Generally speaks with a soft/gentle voice

Ira met Azran in the Kingsway Inn and when the bar fight broke out she came to sit at his table, he had a table that was not affected by the fight, they talked and she became interessted in Azran and every time after that she would try and find him every time she went to town.

Calls Azran for "dumb human" when he teases her.

Ira is extremely fond of Azran, she feels like he is one of if not the only one who treats her as a normal being and not the heir to the empire of Derica. 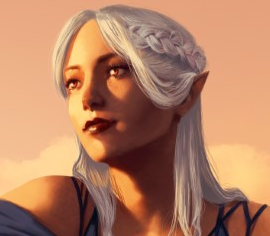