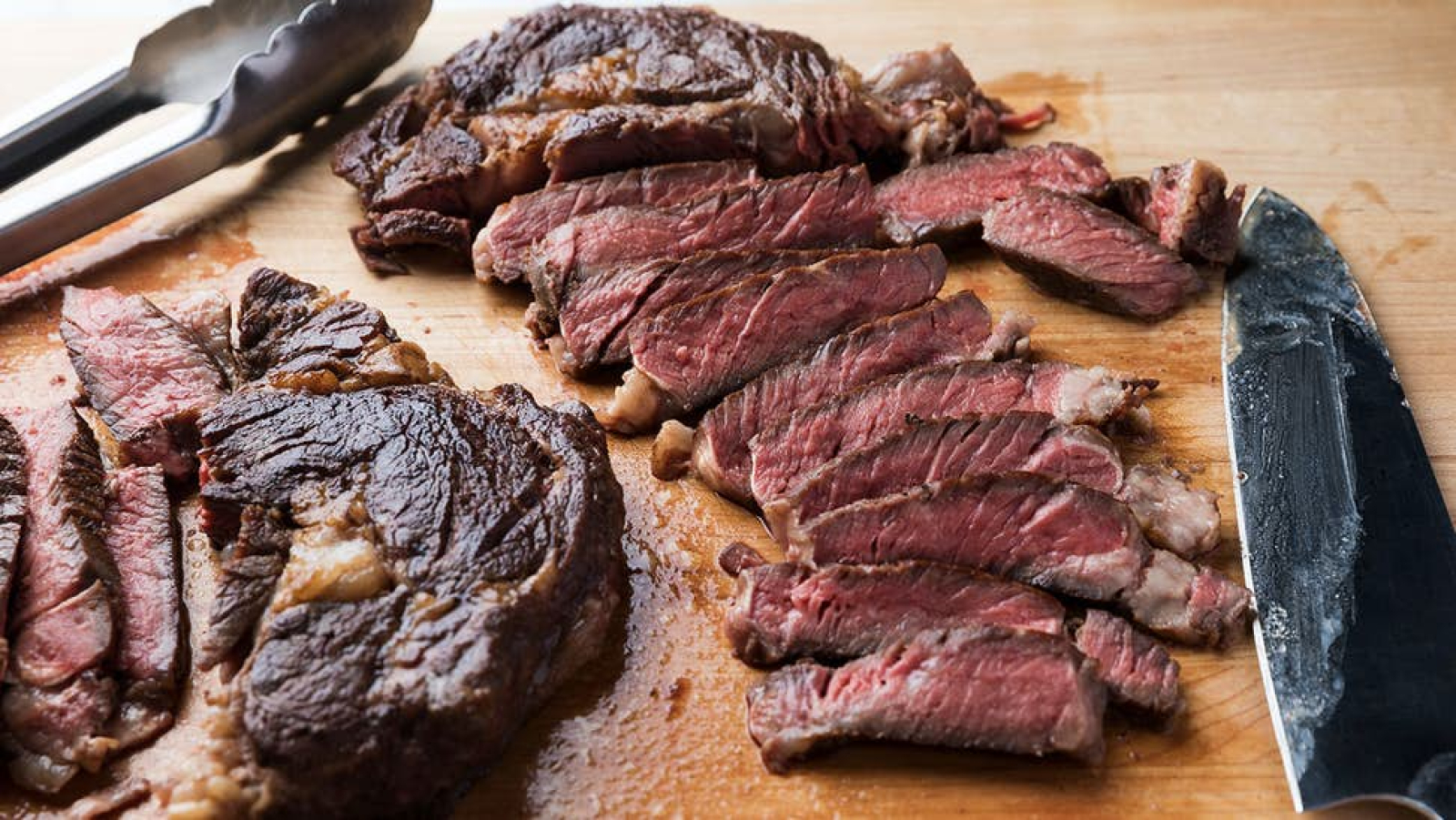 You are what you eat.
— The Cannibal Club Motto

Against all that is right and decent, the Cannibal Appreciation Day is exactly what it sounds like. With the progress made to culinary science, it hasn't been necessary to kill something to get meat for years now, and with that out of the way, people were free to experiment. It started innocent enough, with endangered species, extinct animals, and odd genetic constructions, but then it got dark. It didn't take long before some people went, "hey... I wonder what human taste like?"   Since nothing matters anymore but profit, that curiosity has since been satisfied, and hey, why not make a party out of it? You know what, yeah, let's just throw a freaking cannibal party.

Cannibal Appreciation Day is an irregularly held... Festival? Celebration? Horror show masquerading as a culinary experiment?   It is hosted by the Cannibal Club, an exclusive and secretive organization of what is surely well-adjusted individuals. They're never particularly specific, but throw the party every time the whim grabs them. Usually, this amounts to once every few years, with the longest time between them being a full decade. The shortest was one year of horror, where there were five separate Appreciation Days. 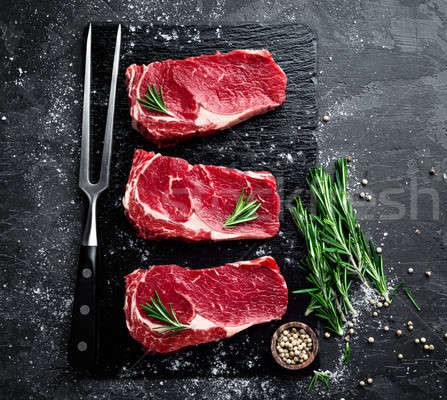 by Stockfresh
It is only hosted on a Monday, and continued through the day and night as a full celebration of food. Every meal of the day gets its own event in a packed schedule of eating, from breakfast to second breakfast, elevensies, and evening tea. While the meat is the star of the show, no expense is spared in making sure every meal is a journey of fantastic flavors.   It is still human flesh, though.
The Appreciation Day is divided into two parts; the public event, which is open to everyone, and the evening afterparty, for a select few. The latter is an invitation-only affair, even if the recipients of those invitations themselves seem random.

The venue varies, but usually some conference hall who values the money more than human decency, with a few memorable events being held on boats or even on an airplane as it traveled around the world.

The Cannibal Club maintains a stance of simple curiosity and a desire to expand people's perspectives when it comes to food and eating. The public part of the event tends to attract a wide-range of miscreants and lunatics, though; people who believe that eating other people (while illegal) will give them power, vigor, and all that nonsense. Some just want to try it out - a sad few go there because it's a day full of free food, and they don't really have a lot of options. 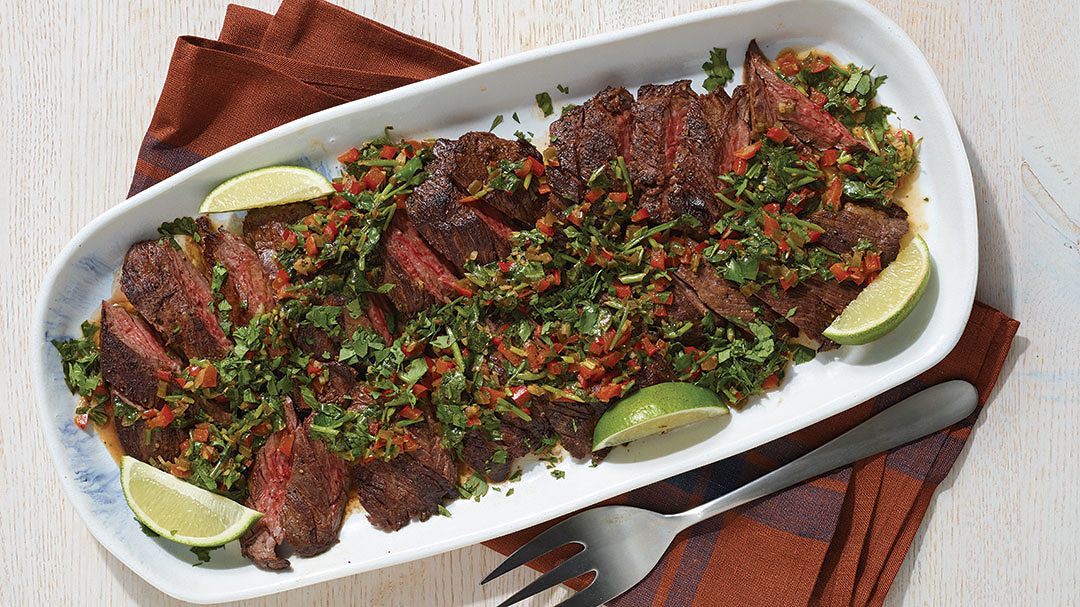 by Fine Cooking
The hosts maintain a sense of smug innocence about it all, claiming that they aren't hurting anyone. Any rumor of people disappearing before or during the events have been successfully persecuted as libel, and it's never been proven that the meat is anything but 100% lab-grown human flesh.

Wealthy, reclusive, secretive, all the typical adjectives you'd attach to a bunch of rich people who enjoy eating human flesh, the Cannibal Club claims to be nothing but culinary explorers.   They mostly meet in the Decadence, a GEO airship/space-station of luxury and whimsy, but have a presence in the Megacity as well. 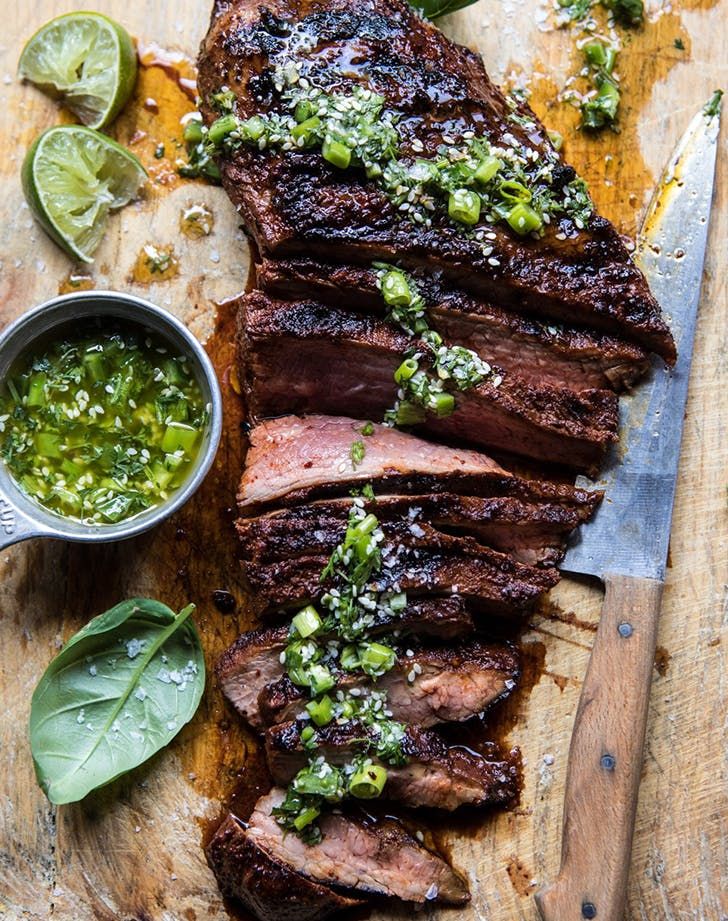 Most meats in the Megacorpolis cuisine come from laboratories rather than a living being. Chunks of flesh are grown and cultivated in laboratory-factories, cut and treated, then sold off to anyone who wants a slice.   Though people were initially squeamish about eating something grown in a test-tube (more so than hacking some animal to death, for whatever reason), the benefits soon outweighed any concerns people had. Through these vast nutrient vats, any cut of meat could be cheaply replicated, any sort of flavor profile imparted. 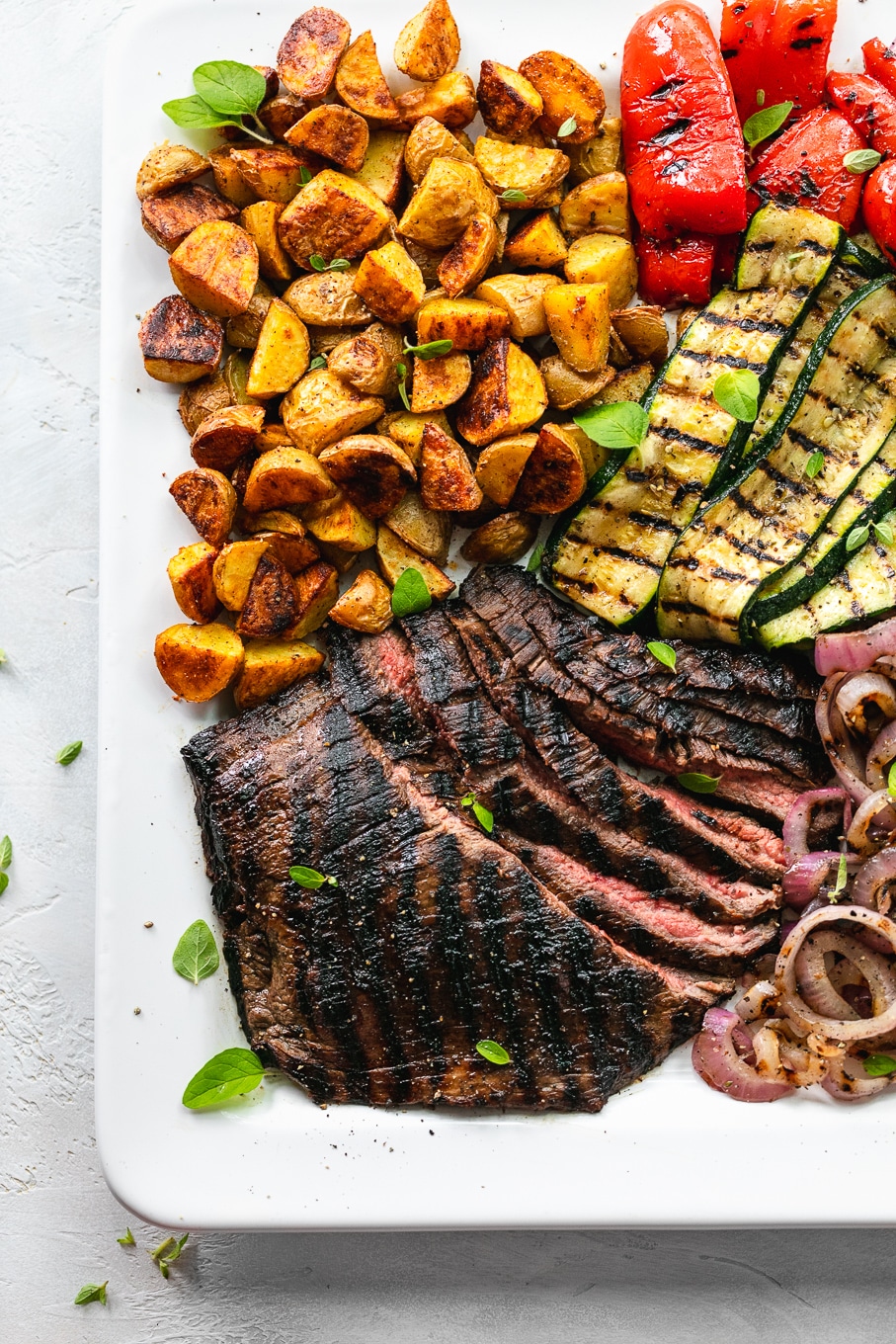 by Spices In My DNA


Meat from an actual dead animal is still around, but it's expensive and rare. Only the wealthy eat it, who are somehow unconcerned about other things dying for their benefit.

What festivity is complete without some jolly old fun?   Cannibal Appreciation Day has its fair share of games and pranks, all hosted during the public part of the event. These range from the "dare eat this piece of the human anatomy" type of eating challenges to live-performances of people pretending to get cooked. It's all very tasteful, or so the brochure says.

Some think the entire thing is just a huge sham - something wild and ridiculous to keep people distracted while some unnamed but surely nefarious events transpires in the background.   Either way, Bon Appetit! 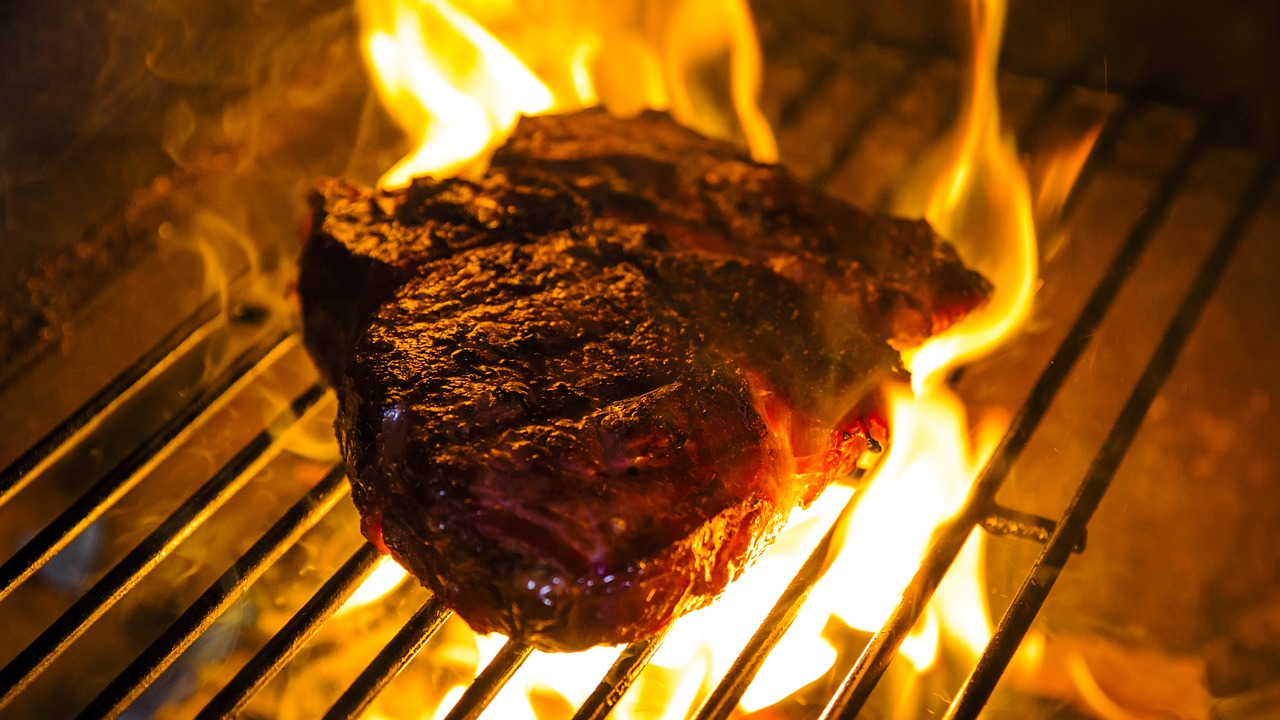 Most meat in the Megacorpolis cusine come from laboratories rather than a living being.

Oh boy, most O.o
Cathedris, the world of God-Husks and New Magic, welcomes you.

Thank you so much <3 This article really came together well, haha!   Most! There are still some ranches that raise actual livestock and cattle for food and material. It's more for luxury than necessity, though... No comment on what part of human meat isn't lab-grown in these parties. :D 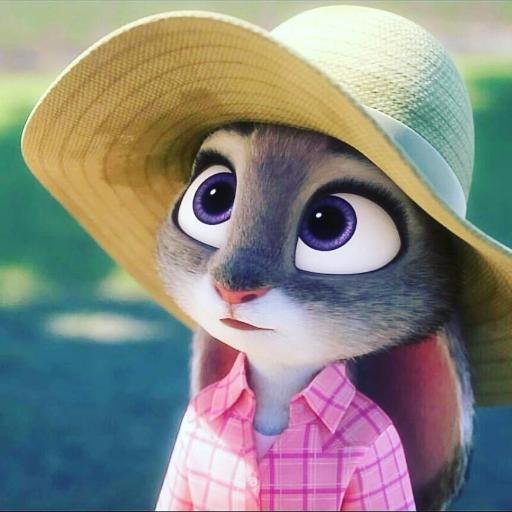 Well, I'm never looking at pictures of steak the same ever again

It's going to make it interesting to rewatch Food Wars again, isn't it?

Cannibals: Serving mankind, one person at a time.

Well, at least nobody gets killed, I suppose.   Still pretty disturbing.

Alledgely, yes.   Thanks for reading and commenting <3

This is EXCELLENT. I read the idea in twitch and didn't think I would stumble upon the actual article. It was 100% better than I expected or imagined. Fantastically written!

Would you like to check my costume challenge entry?

Haha, thank you very much! :D Yeah, when I saw the reaction on stream and remembered the proverb "You are what you eat", I knew this was what I was going todo. I'm glad it hit the mark! :D   Thank you so much for reading and commenting! :D

Note to self, don't read this article before dinner ~ should I worry if my appetite has only increased? :)

Those steaks do look absolutely amazing :D   Thank you so much for commenting & reading :D

By the Java, I am equal parts delighted and disturbed! However, I loved the...

... I mean. Priceless!   And its the details. Such as most meat from a lab?   This just has Taskforce Monday all over it, given that it is hosted on a Monday and this...

Sounds like an attempt to cure Monday afflictions!   This is just a delightful mix of light-hearted commentary and horror!
— The wolf of Tales of Justice, Creator of Legends of Elohey, Star Wars: Shards, Fiven Chronicles and more!

Too many pictures of meat. It makes me nauseous! Haha, and the thought of people eating human flesh doesn't help. It is however an excellent article Q. I do wonder though if some human meat might not be coming from a laboratory.

This is one of the most fantastic articles I've ever read. Now I'm going to go make myself a sandwich...

Oh wow, that is very high praise indeed :D Thank you so much and I am glad you enjoyed it!

Ugh, I'm really craving a steak now... Great article. I wonder how many people in real life would try human meat if it was grown in a lab.

'Though people were initially squeamish about eating something grown in a test-tube (more so than hacking some animal to death and devouring them, for whatever reason).