Felix Tanis is a famous former terraceball player and, as of the year 10,000 AR, known by Voxelian intelligence as an associate of The Garbage Man and the 125 Hands.

Tanis was a terraceball player with the Register Cam Dogs from 9985 to 9995. He was recruited by the team after talent scouts noticed his exceptional physical prowess during an senior-year high school varsity match. During this period the Cam Dogs were famous for employing severe training regimens based computer-enabled advancements in sports medicine and statistics, and young Tanis was pressed into this regiment by his coaches for two years before his first professional game. In fact, the chemical element of this system of training would eventually lead to the famous International Professional Terraceball League doping scandal of 9997, forcing the team to reform under new, more lenient, management.   While Tanis was proud of his physical development during this period of his life, he saw firsthand how this dedication to training over every other facet of life suffered from a problem of diminishing returns. The coach and trainers behind the Cam Dogs were always striving to push their players to shave fractions of a seconds off of their sprint times or increase throwing disances by mere inches - only to have these factors provide minimal benefits beyond the generation of some interesting scientific data. Meanwhile, Tanis often found himself unable to spend time developing his own fanbase or pursuing relationships outside of the team. Though he did reap considerable sponsorship income during this time, he had little time outside of training to spend any of it.   Many Cam Dogs players - Tanis included - began to become disaffected. The team made money and had the adoration of fans throughout the Commonwealth of C, but the players felt that they saw proportionally less and less of the proceeds from this as time went on. After 10 years, the Cam Dogs squeezed the last bit of Tanis' zeal for the game out of him, and he retired under protest of the players' conditions. He was replaced with another player within a week.

Currently, Felix Tanis serves the 125 Hands in the role of a top lieutenant for The Garbage Man's personal Hand. Tanis sometimes helps equip and lead groups of saboteurs, using his speed, stealth, and throwing ability to lob explosives at enemies or onto otherwise well-ensconced machinery. More seniour members of the 125 Hands educated him in the production of improvised explosive devices, enabling him to make his own grenades and satchel charges. When not involved in operations, Tanis serves as a sounding board for The Garbage Man in both personal and organizational matters.   In any case, Tanis strives to keep his personal connection to 125 Hands activities secret, portraying himself as a private citizen of means to fans and other members of the public who encounter him. During operations, he will usually employ some sort of face covering to obscure his true identity. Nevertheless, members of the international intelligence community are aware of his involvement with the 125 Hands and, as of the year 10,000 AR, are attempting to trace his movements to locate hidden 125 Hands bases, collaborators, and sources of capital.

As a person possessed of a dark sense of irony and who is actively living a double-life, Felix Tanis has faith in Zevtwill, God of Verbal Irony. At the same time, he shares many of the radical Forgist beliefs of the 125 Hands, believing that the Creator also exists. He believes that Zevtwill and the Creator are perhaps contrasting aspects of the same entity, both being grand-scale liars while only one aspect (Zevtwill) actually cares about the painful ramifications of those lies. Tanis hopes that, in destroying the structures of the Manifold Sky with the aid of the 125 Hands, a new order can be built by destroying the malicious artifices of the Creator aspect.

Tanis' primary flaw is that he lacks perspective and, now that he has all the benefits of his former carreer without any of the work, gratitude. He has money, physical prowess, professional accolades, and the attentions of thousands of adoring fans who remember his exploits in the terraceball court - but it's never enough for him. With the 125 Hands, Tanis hopes to force the people of the Manifold to give him the respect he deserves. This perspective is ultimately the fault of his tyrannical trainers, who did push him too far in an unethical bid for glory; still, five years on, this excuse for his current behavior is wearing thin.   After his involvement with the Cam Dogs doping scandal, Tanis is in remission from an unhealthy addiction to DCStim. While he has picked up chemistry as a hobby as well as a way to support the destructive activities of the 125 Hands, he will not, under any circumstances, permit himself to create performance-enhancing drugs out of fear of a relapse.

After Felix quit the Register Cam Dogs, he sought out and joined the 125 Hands as a way of rebelling against the ingratitude of his peers. While he lacked the level of personal trauma Cyrus had to endure, he shared the man's zeal. As a celebrity, Felix wasn't overawed by the ability of The Garbage Man and was able to relate to Cyrus as a fellow 'overburdened man of the public sphere.'

Felix is one of the only people who The Garbage Man allows to call him Cyrus.

Felix and Greggor have different outlooks on the world and come from different places in life. Normally, they would hate eachother on this basis alone, but both of them share a respect for The Garbage Man and his cause with the 125 Hands that transcends their differences.

Despite his self-percieved lack of appreciation from sponsors and arena-going public, Tanis is quite wealthy relative to other Register natives. Much of his personal wealth is invested in supporting projects undertaken by the 125 Hands, though his contributions are matched by the proceeds from heists enabled by the Garbage Man's unique power. 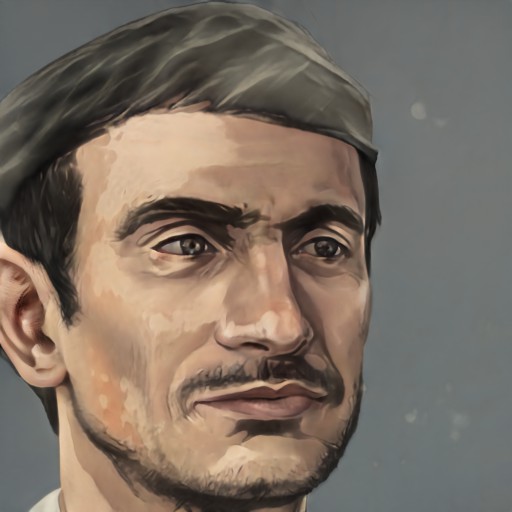 Felix Tanis comes across as a really compelling character with a fascinating backstory. This whole article makes me want to read more about his escapades.

Thanks! I'm really trying to develop my antagonist-adjacent characters so that they don't come across as cartoon villains, so I'm hoping this accomplishes that goal.

It absolutely does. No cartoon villains to see here.