Greggor Rudd is an auto-armor pilot who serves as an enforcer for the 125 Hands. A native of Tartagloam who suffered (and still suffers) a severe case of polymer lung as a result of the Siege, Greggor fights furiously for the cause secure in the knowledge that his days are numbered anyways - whether the end comes on the battlefield or in the jaws of an iron lung.

Rudd was 15 when the Siege of Tartagloam occurred. The case of chronic polymer lung he acquired as a result of the incident left him scarred, frail, and stunted in growth. Still, Rudd's aerobic performance outside his "Coffin Suit" is abysmal, often requiring him to sport a filtration mask and supplemental oxygen on even slightly polluted days should he want to move around much.

It wasn't until the 125 Hands provided him with a suit of specialty auto-armor - which he derisively named with a pun - fitted with amplified actuators and advanced life support systems that he could acutally stand and fight alongside his bretheren in the 125 Hands. Before this point, Rudd was merely content to serve as a figurehead, an 'icon of outrage' for the Hands to use in anti-Voxelian propaganda; afterwards, however, Rudd quickly acquired a reputation as a vicious fighter who had no moral qualms about gunning down the injured or routed.   In addition to his Coffin Suit, Rudd is often seen wearing a respirator mask fitted to an oxygen source or air filtration device strapped to his body. His lower right teeth have been replaced with dentures all the way back to the molars, as his exposure to the polymerizing agent also caused the gums and cheek in this part of his mouth to die off. If Rudd doesn't wear his dentures, his right cheek droops near the jawline.

Rudd was a schoolboy and an only child when the first bombs fell on Tartagloam, snuffing both parents and enveloping him in a cloud of choking chemicals from the city's burning industrial district. Blinded and choking on his own sputum in the aftermath, members of what would soon become the 125 Hands took Rudd in, gave him medical attention, and raised him as their own flesh and blood.

Above all, Rudd is fueled by outrage at the factions who caused his severe injuries during the Siege of Tartagloam. He seethes in every waking moment with every fiber of his being, keeping his anger just barely under control so that he can avoid pushing the other Hands - those who keep his equipment working - away with an outburst. He believes in The Garbage Man because he knows that he is animated by a similar sort of outrage - albiet one channeled through intellect rather than brute force or pure emotion.

Becasue of the extent of his injuries, Rudd is constantly on the lookout for painkillers, steriods, and stimulants to help keep him functioning. DCStim and Rostral Breeze are his personal tastes, as both of these 'cool' the burning sensation he feels in his lungs upon exertion outside of his suit. Rudd sees no problem with his addictions, as he knows that he will die of complications from his polymer lung at some point in the next few years.   Because Rudd is primarily motivated by outrage, he has an explosive temper with anyone but his closest confidants and deals with most other people quite harshly. Moreover, this outrage extends in particular to New Voxelians of any extraction, and (to the extent that his injuries allow) he's quite vocal about his bigotry towards them. On the battlefield, his antipathy towards New Voxelians manifests as cruelty, violence, and an inability to take prisoners alive.

Unlike most members of the 125 Hands, Rudd is an avowed athiest, rejecting any god who would allow (the Siege of Tartagloam) to happen. Similarly, he rejects the religious ideation surrounding The Garbage Man in many parts of the organization, reasoning that, if he were really a god, he would have to kill him, too, for the reason mentioned earlier. Instead, Rudd believes in The Garbage Man's promise to tear Voxelia apart - even if the rest of the Manifold Sky has to get ripped apart to make that happen.

Felix and Greggor have different outlooks on the world and come from different places in life. Normally, they would hate eachother on this basis alone, but both of them share a respect for The Garbage Man and his cause with the 125 Hands that transcends their differences. 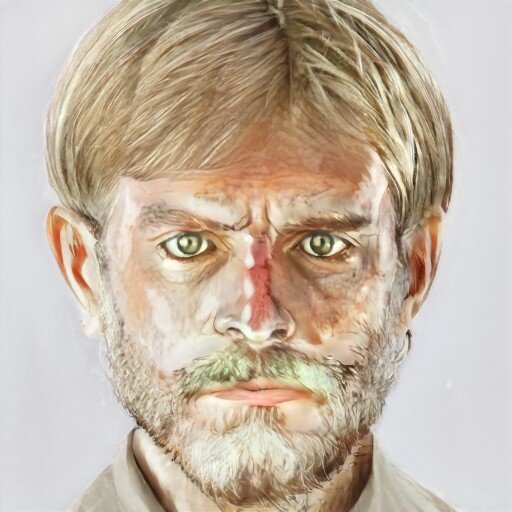