Like many gnomes, Prichard was attracted to the study and application of magic. Unlike many gnomes, Prichard had a very critical personality and applied a skeptical filter to every religion and spell. Prichard’s life philosophy rubbed many of his peers the wrong way, but he still graduated from Eldermere University with flying colors in 840. He started working as a healer/herbalist in Oftin, but his unorthodox beliefs left him a pariah and isolated from the rest of the healers in town. A scandal involving a botched operation left Prichard excommunicated from the clerics in town, forcing him to leave and set up a life of his own elsewhere.   A country doctor for several years, the Avicennan War proved to be a boon to his particular kind of healing. His clerical acumen caught the attention of the Royal Knights Brigade, and he was recruited for a short time to deal with Fairouz the Undying and her Coven following Nikolaj Baratov's retirement from adventuring in 876. Prichard was present at the Battle of Faouzia and revived Adam Divisav when he was killed by Fairouz, but the adventurer’s life proved to be too fast-paced for his tastes.   After the incidents at Faouzia Prichard moved back to his Elflands homeland to work at one of the local practices in Kassædeia, furthering his studies into healing methods amidst burgeoning strife and conflict in the empire. He treated Catriona’s son Cereus Diviciacus Quinn-Malum when he became infected with Asuria’s Illness in 896, and he had the foresight to flee the city days before the start of the Sunken God's Reign of Terror. He would return to Southern Pescat after the Battle of Kassædeia, settling in Galway where the new Sardivelia government allowed him to perform his research and experiments in peace. 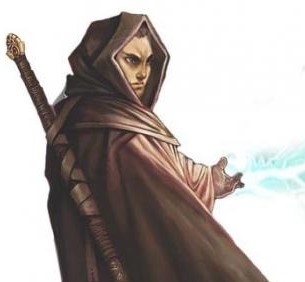