A female gnome and wizard skilled in the art of teleportation magic. After a traumatic encounter involving a train ticket fine, she committed herself to the old magics of teleportation to one day make train travel all but obsolete. Hoping to convince adventurers and fellow wizards to subscribe to her monthly teleportation plans, she uses so-called spyball constructs all over the city of Galway to try and attract business.   Many locals have signed petitions opposing her reckless style of spellcasting and brazen defiance of Galway's wizarding guilds, but Sardivelia's leader Paoli Piedmonte has yet to weigh in on any issue regarding Loopmottin. But with the gnome being 30,000GP in debt with the Sardivelian government, Loopmottin's shenanigans could come to an abrupt end at any time.    In the fall of 918 Loopmottin made the acquaintance of the Fortunate Five, befriending the half-elf Ysmyrelda Starr as her 'favorite non-customer'. With Ys' encouragement (and Zan'kiri's expensive subscription payments) Loopmottin felt inspired to start traveling beyond Galway's borders to sell her teleportation services the world over. She struck deals with minor magical schools to set up teleportation circles in places like Despero's town of Majeure and Bahamut's capital of Dhyrlonis, but she's struggled to win over more influential organizations throughout the Southern Pescat.

Loopmottin was part of the last generation of gnomes to grow up under Elflands rule in the city of Galway, constantly getting her family into trouble with her magical experiments. Details are vague, but it appears that her family was killed during the Sunken God's Reign of Terror when sahuagin overwhelmed Galway's defenses. A couple of years after Sardivelia's annexation of the city Loopmottin reappears in the historical record, setting up a teleportation service to provide spellcasters with fast travel throughout the city.    But the young gnome's life would change forever after one chance encounter on a Sardivelian train in 915... 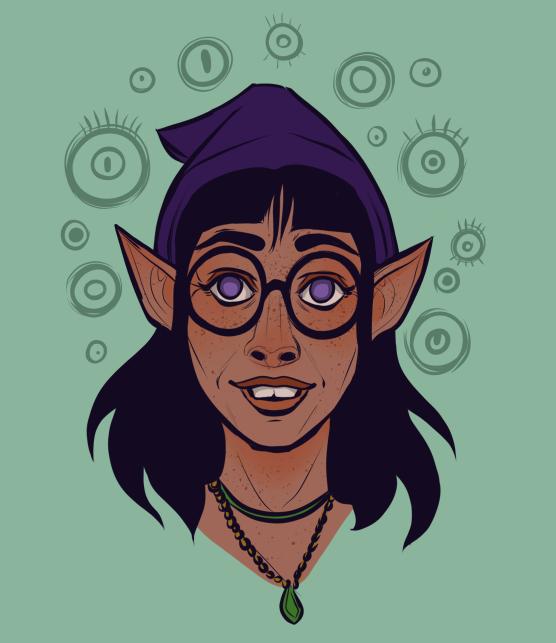