Incredibly tasty to some, a heck of a drug to others

A highly concentrated version of Mocory Nut Oil. The oil is only made by a select few fae in Alahon using a special technique called Magic-Driven Distillation. This form of distillation was first invented by Aepilon Virgella and Maielle Adwenys, who are both notable fae and members of the High Fae Court.   Fae mocory nut oil is made from Mocory Nuts, which come from Mocory Trees.

It might sound odd, but one of the activities which really ended up bringing all seven High Fae together, was the creation of our distillation method to make an even better mocory nut oil!   Maielle and I bonded during the process, and the rest of the high fae joined in when we created the Mocory Cream Soup.
— Aepilon Virgella

The oil is used for different things by the fae, though some ways of using it are extremely common while other usages are quite uncommon. A few humans have gotten their hands on a small quantity as well, their usage differs greatly from the fae.   There's a limited quantity of the oil each year, as the nuts from The Tree of Legnas are generally the only ones used. There are more Mocory Trees in the human realms, but the fae generally don't venture out of their realms just for nuts.

The most common usage of the oil is as an ingredient in Mocory Cream Soup, which is a fae delicacy served at the yearly Feast of the Fallen Leaves. This soup has become a symbol of the even to the fae, and the feast isn't complete without it.

A common beverage for the Air Fae espeically, is the drink known as Liquid Mint. It's made from milk, mint leaves, sugar, honey and small quantities of cinnamon which is heated up. It's often drunk while warm or lukewarm.
If there is any of the oil left after the feast, it's generally distributed between the most important people in Alahon and many of them tend to use it in their liquid mint, since it gives the drink a good round taste.

The Mocory Oil has such a nice taste. It's not too prominent, but rather it builds a good foundation and allows for other flavours to shine.

For the few humans who've managed to get their greedy hands on the rare ingredient, it has a completely different meaning. They don't see it as an ingredient for an important dish at an important event, but rather as a drug to hallucinate.   The small amounts of oil that has managed to be stolen have often been bought by rich and important people through the black market, for their own personal use.
Item type
Consumable, Food / Drink
Rarity
Uncommon (in Fae circles)
Very rare (in Human circles) 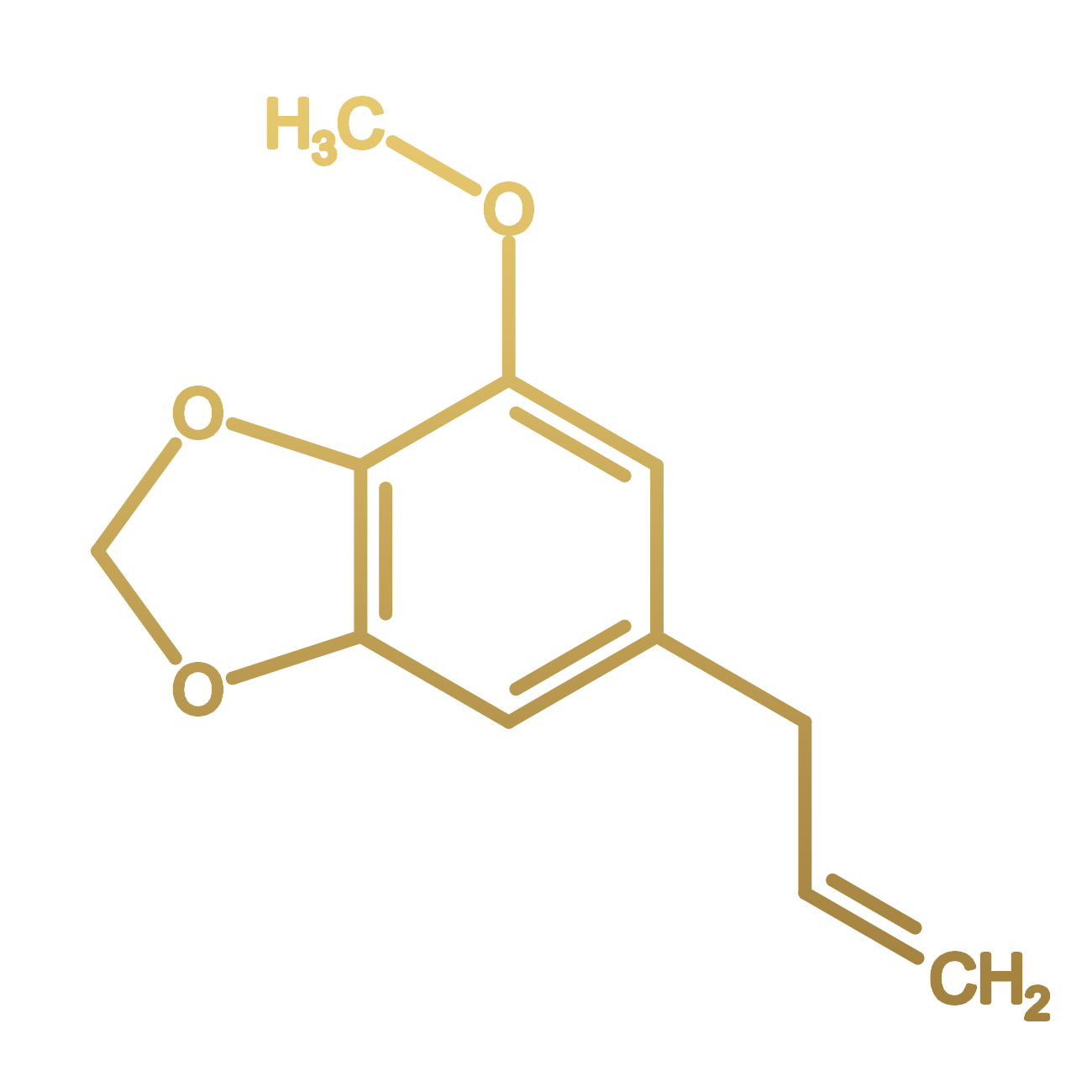 Mocory nuts contain small amounts of the active compound Myristicin, which can cause halucinations and other potentially dangerous symptoms in humans. It is usually harmless though, as the amount found in the nuts is so small that an adult would have to eat at least 50 of them within a very short time span to feel something.   Mocory Nut Oil doesn't contain that much myristicin either and as long as someone doesn't down it like a shot, they should be fine.   However, the amount of Myristicin in fae mocory nut oil is very high due to the process of Magic-Driven Distillation. A teaspoon of fae mocory nut oil would be incredibly dangerous and potentially deadly to a human adult.   The reaction humans may get from ingesting large amounts of myristicin is called Fae-Food Induced Trance by some humans.
Foods & Drinks

It's so interesting to read about how mocory nut oil is used in fae recipes! It's fascinating to see the hallucinogenic affects that humans can suffer - it sounds very dangerous indeed.

I always love seeing that molecular make up. It makes me happy. :D   This is a really fascinating article. I really wish I could taste the mocury cream soup, but as a human that's probably not a good idea!

It's so fun to read. :D If there is something that could potentially elevate the ease of reading would to justify the text. But overall, a very pleasent read.