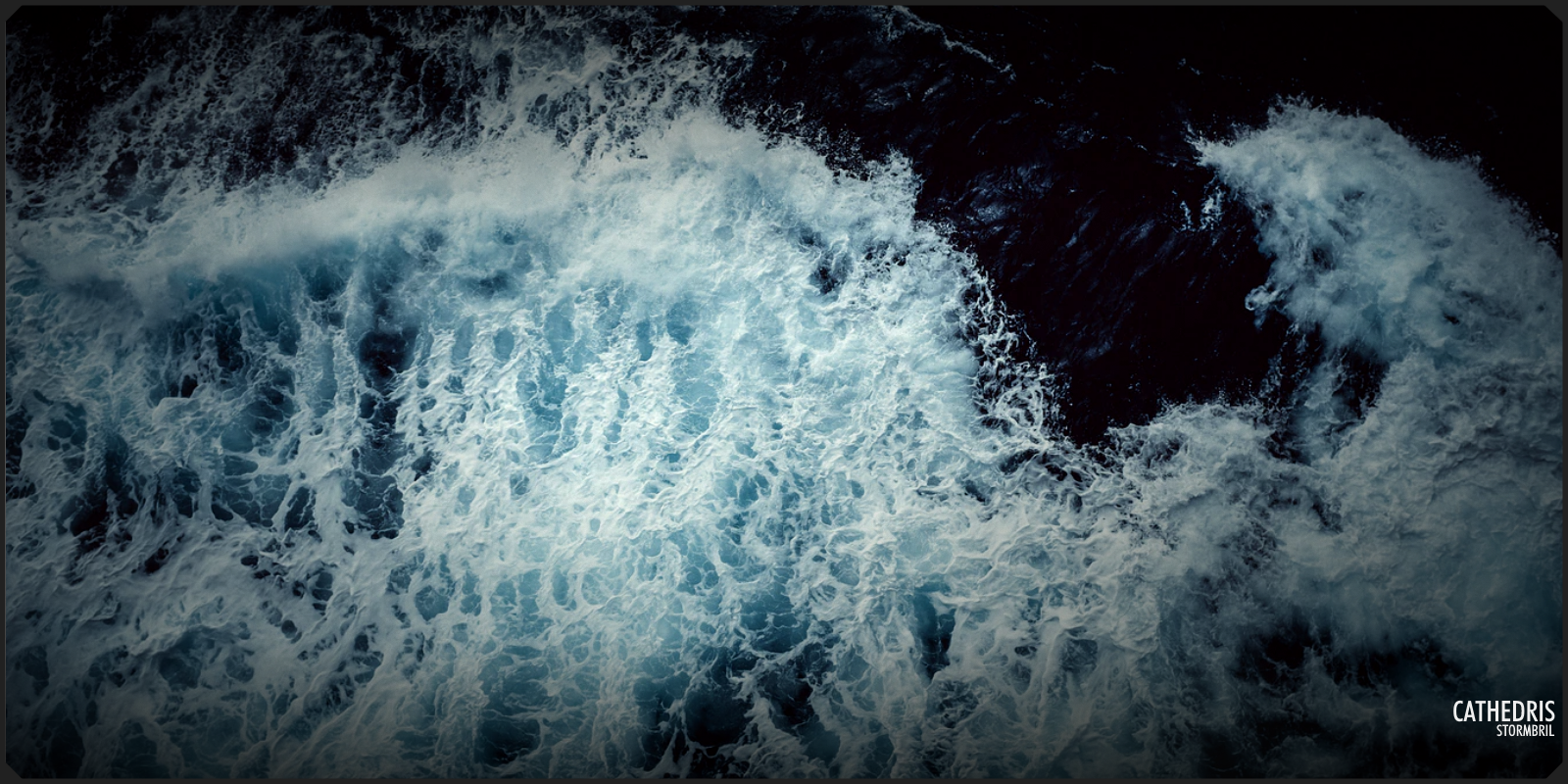 Fall into the depths of the ocean

There's a stretch of ocean, just beyond sight of the coast, that none of us like crossin'. Smart folk tell us that it's real deep, and real cold -- but that's not the dangerous part. Sometimes, without warnin', that stretch of ocean opens up and swallows whole whatever was above it.
— A Sailor's warning

A few kilometers off the northern coast of Hansun, on the continent Vir Tenera, lays a stretch of ocean known as the Teneran Deep. The Deep is estimated to be nearly 15 kilometers deep -- though no expedition has ever been able to survive long enough to explore even a fraction of that. For some yet undiscovered reason this part of the ocean will, at random times, suddenly drain down vast quantities of water, as if a massive plug in the bottom of the Deep had been momentarily pulled.   This area is avoided by almost all ships, and only ever crossed if absolutely necessary, as every minute spent above the abyssal crevace below is just increasing the chance that you and your boat will be swallowed by the deep.

The key defining feature of the Teneran Deep is the massive crevass that cuts across the ocean floor. This feature slices through what is otherwise a regular, if shallow, 500m deep section of ocean full of both flora and fauna. However, those signs of life stop a few meters before the edge of the Deep -- it's a small, empty bit of ocean floor, followed immediately by a rocky, sheer drop down into the inky darkness.
The sides of this ocean floor canyon are built of jagged basalt, sharp edges jutting out into the expanse, all the way down until light no longer penetrates.   Parts of the rock walls are known to crumble away as the Teneran Deep sucks water and debris down into its depths; so much so that some think the Deep is slowly widening, though at a rate not yet measured.

There it is again, that slight tremor, only barely picked up by our instruments. Although... is it just me, or do these readings appear stronger than last weeks?
— North Hansun Seismic Lab

The Maw of the Deep

That ain't no whirlpool.
— A Sailor's last words.

The true mystery of the Teneran Deep is the way it frequently swallows huge amounts of water, debris, or any life unfortunate enough to be within range. This phenomenon is not unlike a giant whirlpool -- though above the Deep, no spiraling action is observed with the water. It is as if massive sections of ocean floor deep below open suddenly without warning; as huge volumes of air rise to the surface, the ocean almost appears to split in two, creating a void where anything that once floated is now falling.
Type
Ocean

Temperature
Warm at the surface, but drops exceedingly fast as depth increases

As far as most reputable sources can tell, the Teneran Deep is void of life. Both predators and prey appear to avoid the waters above the abyss, stopping a few meters before the edge. However, that hasn't stopped sailors, either drunk or sober, from telling stories of the beast they saw emerging from that abyss. Stories say the beast is huge, and appears as a giant, tentacle covered skull -- and many have begun to refer to it as the severed head of the God-husk Miyu.

No I wasn't drunk, idiot! We were about to cross into open ocean when I saw it. And I'm tellin ya, it was Miyu's Severed Head!
— A Sailor's tall tale

The supposed head of the God-husk Miyu, rumored to be terrorizing the terrible depths of the Teneran Deep.

Answering: "an inhospitable region or geographical landmark"
Visit Stormbril's Competition Page Check all other answers to this prompt Competition Homepage

Join Cathedris Discord!
This work is licensed under a Creative Commons Attribution-NonCommercial-NoDerivatives 4.0 International License.
All content, unless stated otherwise, copyright ©2010 - 2021 Devon Ruscheinski. All Rights Reserved. All images are made by Stormbril, unless otherwise specifically stated. World Default Header Image (Interior roof of a Cathedral) originally by Derek Story, edited by Stormbril.
Background image composited of a Cathedral Photo by Odin Lee, with mountains behind by Sorin Sîrbu, combined and edited by Stormbril.
Developed by Stormbril
Want to support me and get some neat Cathedris art? Check out the stuff I have on Redbubble!
Cover image: by NeONBRAND

This is such a cool feature! Not sure what's my theory now though... Before reading that I fought it may be something like a very strange subduction zone, but that doesn't work if it's actually widening... All that jutting basalt really make it seems like a big mouth with teeth :D

Why would the earth do that? Suddenly open and water just, disappear? I mean, where does the water go? The mystery and effect it probably has on the world, in the end, is... interesting. Add to that a head that swims around and you have a terrifying encounter for any adventure, story or game! Good one!

It's gotta go SOMEWHERE, right?? I wonder what's down there at the bottom of the deep... :O (I'm not entirely sure yet, looking forward to writing it though)   Thanks for reading and the comment! :D