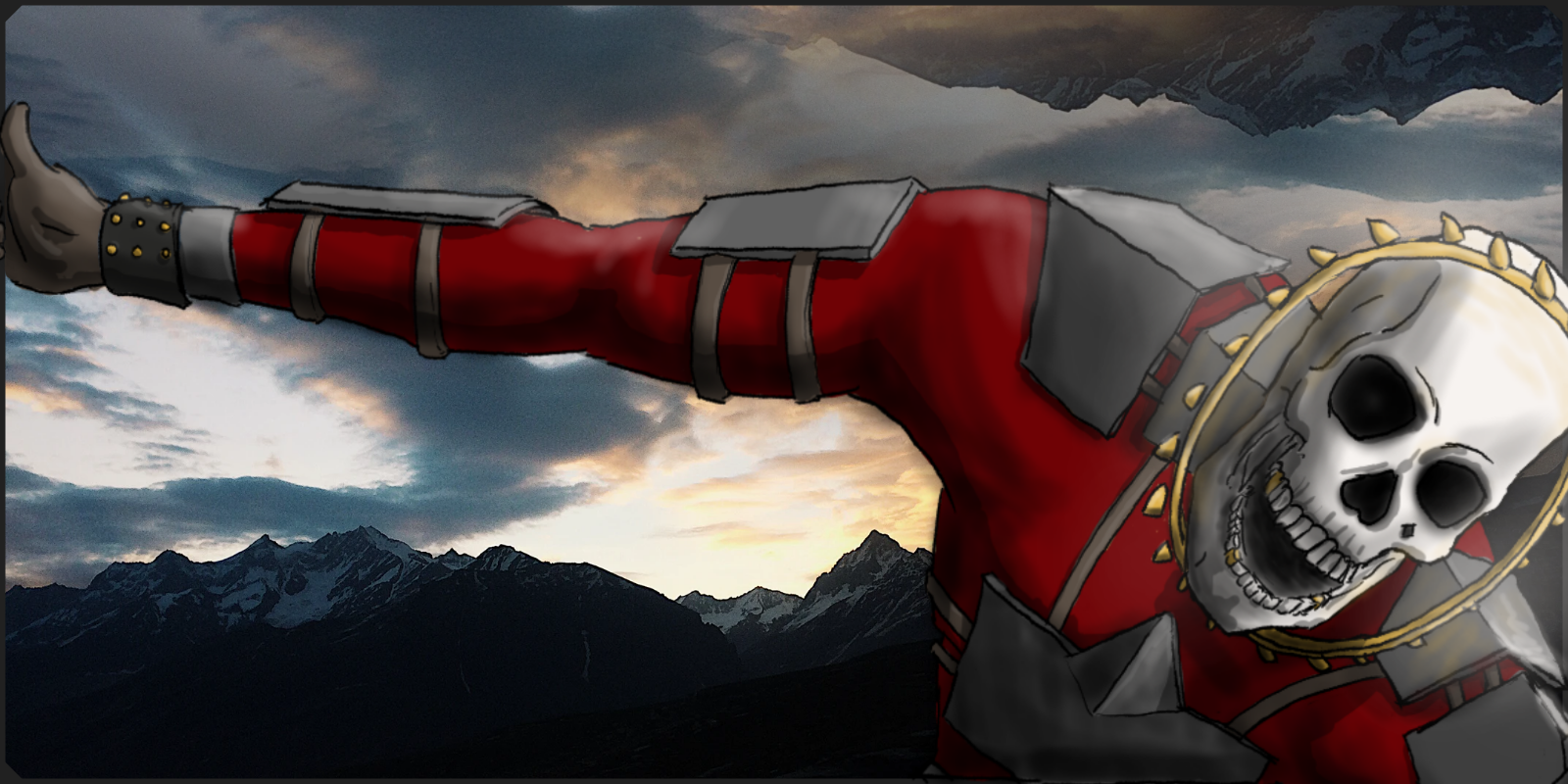 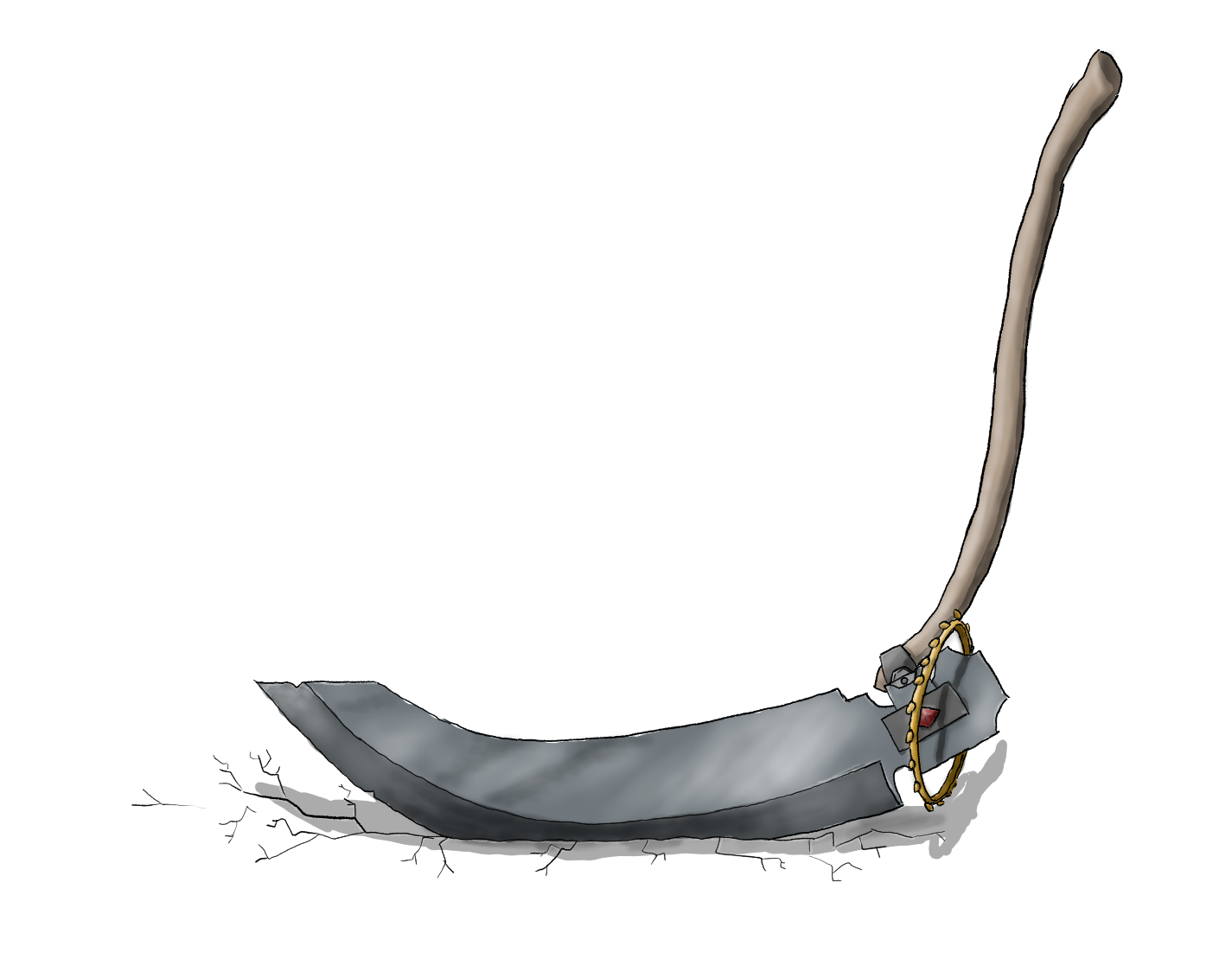 We in these parts are quite particular about our "Sun God" -- he's not just an avatar of destruction, as some seem to think. Our stories tells of the incredible power of creation he wields: the power to sculpt mountains, hollow out caves, and carve new valleys.
— Sunlit Mountain Lodge Caretaker

Wandering within the warped valleys and twisted peaks of Qurain is the God-husk known as Qur. He towers in at 450m tall, massive body covered with strange plating protecting vital areas. Qur's abdomen is wrapped tightly in scale like plating, with bizarre tubing connecting his midsection to three tanks attached to his hip. The tanks and tubing have been empty for thousands of years, the knowledge of what was once within them being lost to time.   Qur's head, skin blasted off in the explosion that killed both he and Avartarian, lazily drifts from side to side as he wanders his loop. Occasionally pausing to ready his massive weapon, the Worldshaper Cleaver, in front of himself -- Qur enters ferocious periods of creation. He follows no pattern as he carves his way through the landscape. Mountains are cut into mind-bending shapes, valleys hollowed out, and complex cave systems are cultivated.

Known to many as the Sun God, to some the God of Formation, and to others the Light of Inspiration. Before his death, Qur embodied the very definition of creation. Entire landscapes and continents found themselves shaped and reshaped by the mighty god. The area around Qur would endlessly cycle through new creation after new creation.

To many of the other gods, the time before The Seven Day War was seen as utopian. Each god ruled over a section of Cathedris, cultivating and caring for their flock of humans. What Qur saw in these times was different however -- he saw things as stagnating, and regarded the humans as being stifled, their potential not fully realized.   There were frequent clashes between Qur and the other gods, due to these differences. These arguments, and sometimes altercations, were well documented events -- many recountings still exist within The Comprilith. One such document tells of the time Avartarian accused Qur of favoring the Humans while stifling the gods; the argument concluded with Avartarian promising that one day, he'd be the one to kill Qur.


Destruction is the only way forward


It's been suggested that Qur was actually the one to start the Seven Day War, by assassinating He'an due to differences in philosophy. He'an and Qur were similar in their respect for Humans, but they went about expressing that respect in different ways. While Qur would push the Humans to grow and learn, He'an would love, protect, and as Qur saw it, coddle the Humans.   A popular theory proposes that Qur chose to assassinate He'an, as Qur saw He'an as the worst offender when it came to stifling the growth of Humankind. However, when Qur killed He'an, he realized that the gods were unable to properly die -- instead continuing on in "Husk" form. It's thought that Qur used all of his power to blast He'an into space, where the evidence of his deed would be hidden.

Did you know that both Apathae and North Apathae used to be one complete continent? Documents in the Comprilith are very clear about this fact. Apparently, at some point during the Seven Day War, a massive blast of energy tore the continent in two. If I were a betting man, and I am, I'd put money on Qur being the culprit. I'm thinking he killed He'an, and blasted them to space to hide the evidence.
— Ryl Anskies 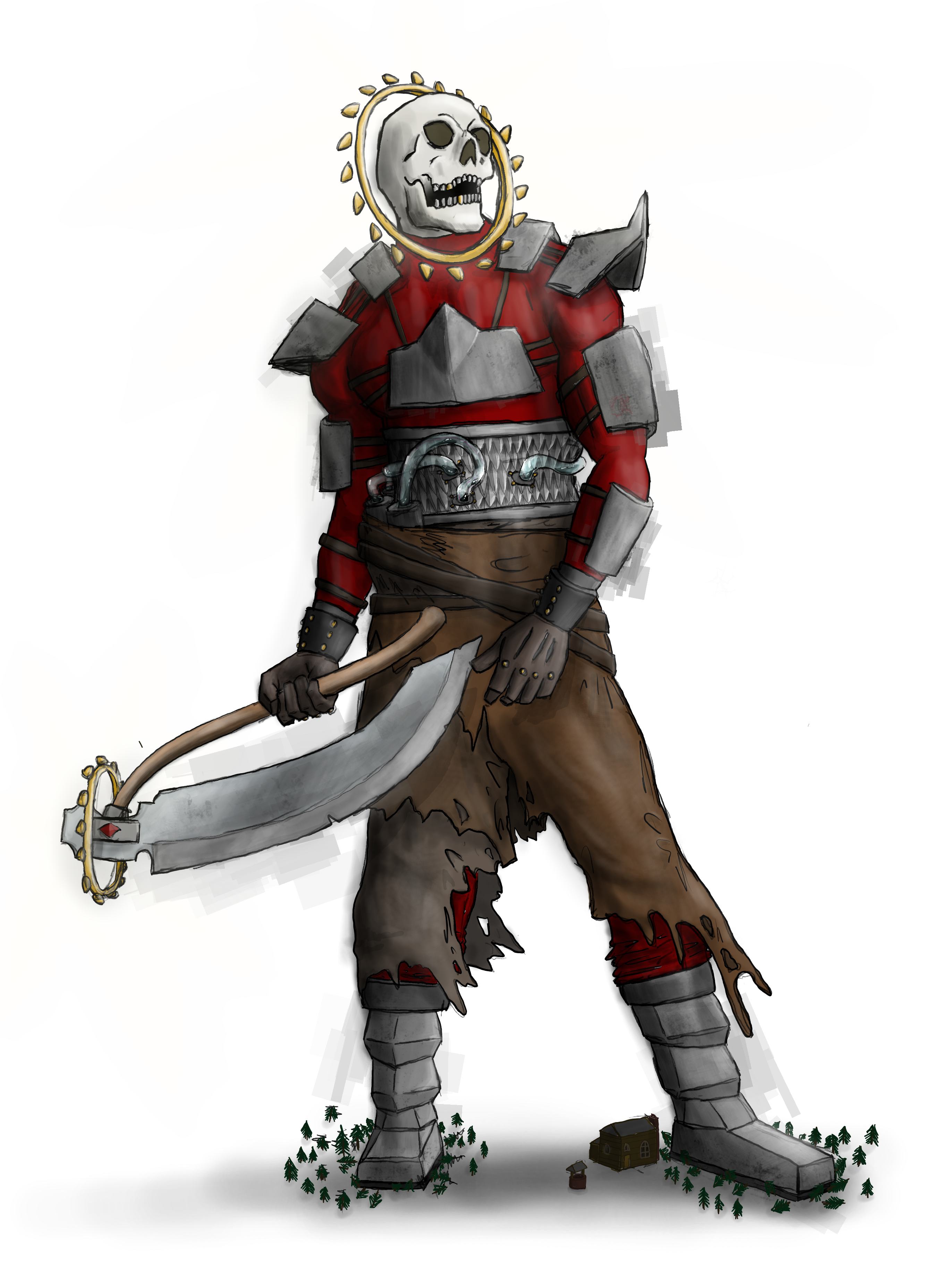 Born on the 1st day of the 19 Days of Creation.

Three or more gods killed during The Seven Day War.

Died on the final day of The Seven Day War.

Killed himself and Avartarian, the First Knight.

For the most part Qur's movement is entirely unimpeded, as the method of death appeared to cause no damage to his motor functions. When the God-husk is creating or destroying, he moves feverishly and with abandon. All other times, Qur's movement is slow, as if deep in thought.

During the day Qur feverishly brandishes his cleaver, creating strange and impossible structures. At night the ring around Qur's head glows intensely, as the God-husk destroys anything within his sight.

Qur shows no awareness for anything
around him other than his own
creations, as he cyclically builds and tears them down.
Children


The Cyclic Nature of the Sun God


Rarely leaving Qur's hand is the Worldshaper Cleaver. This massive hinged weapon stands in at 3/4 of Qur's height when fully extended, with the blade making up half of that. Most of the time, Qur keeps the Cleaver in its 'shut' form, only extending it at night. Around the hinge is a smaller glowing ring, mirroring the large one encircling Qur's skull. The blade is mostly unblemished, with only a few nicks betraying its age. The metal shines constantly, reflecting all forms of light -- be it natural light from the sun, or the brilliant light emanating from the glowing rings.

When Qur was at full power, so too was the Worldshaper Cleaver. Some think that the weapon got its name from the way Qur used it to shape Cathedris into a hospitable planet in the beginning of history, though those claims are unfounded. Records do however show that the Cleaver was able to cut through any material, and reform it into any shape desired. When the hinge on the blade was open and the Cleaver was fully extended, it was able to be slammed down to destroy anything in collided with.

The power of the Worldshaper Cleaver appears to have waned while in the hands of Husk-state Qur. Where once entire continents would find themselves reshaped by the blade, instead now its power is focused to smaller land-forms like mountains and valleys.

No humans live within the borders of Qurain. It's not even a country per se, but an exclusionary zone. The lands within belong to the God-husk Qur, and are exceedingly dangerous to cross. When Qur is creating or destroying, he moves rapidly, covers large areas, and inflicts massive amounts of change.
— Rillia Border Guard

Records regarding the beginning of the gods' civil war are sparse; the carnage came on suddenly, and without warning. However on the 7th and final day of the war, the entire world was watching; many records exist depicting the final explosion that ended both Qur's and Avartarian's lives.   Avartarian and Qur had clashed many times before the war, with many disagreements between the gods. When the fighting began, Avartarian saw it as his chance to take out his competition. As the days passed at the war grew bloodier, Avartarian began thinking he might be able to become the only god left standing. Qur caught wind of this and confronted the aggressive god, which culminated in a massive explosion that ripped the skin from both the gods' heads, killing them both.

After his death, Qur in Husk-form slowly made his way back to Apathae -- the now southern continent. The place seemed to draw the broken god back in, and it's here where Qur has remained since. During the day, with the sun's light dancing across his armor and rings, Qur erratically sculpts the land around him. There's no thought behind the god's vacant eye sockets, as mind-bending structures are raised at random.

The golden ring around Qur's head, and the sister ring around his Cleaver, shine brilliantly at night. The surrounding landscape appears almost as daylight under a black sky; with the shadows appearing longer, deeper, and twisted. At night Qur unfolds his Worldshaper Cleaver, and swings it wildly. Mountains are reduced to dust, craters are blasted into the earth, and all that was built during the day is torn down in a frenzy of destruction.
God-husks

Join Cathedris Discord!
This work is licensed under a Creative Commons Attribution-NonCommercial-NoDerivatives 4.0 International License.
All content, unless stated otherwise, copyright ©2010 - 2021 Devon Ruscheinski. All Rights Reserved. All images are made by Stormbril, unless otherwise specifically stated. World Default Header Image (Interior roof of a Cathedral) originally by Derek Story, edited by Stormbril.
Background image composited of a Cathedral Photo by Odin Lee, with mountains behind by Sorin Sîrbu, combined and edited by Stormbril.
Developed by Stormbril
Want to support me and get some neat Cathedris art? Check out the stuff I have on Redbubble!
Cover image: by Photo by Shourya Shukla, edited by Stormbril

I really like the style of writing you have here. This is yet another great addition to your God-Husk article collection. I'll point out a few bits of oddities among your sentences, however.   --

Known to many as the Sun God, to some the God of Formation, and to others the Light of Inspiration.
— Cycle of Creation

The area around Qur would endlessly cycle through new creation after new creation.
— Cycles of Creation

"New creation" suggests adding something new and, from what I picked up through context, you probably meant "recreation" as Qur seems to be recreating the world around them rather than creating new worlds around them.

What Qur saw in these times was different however -- he saw things as stagnating, and regarded the humans as being stifled, their potential not fully realized.
— Cycle of Creation

"However" is a conjunctive adverb and, therefore, should have a comma before and after it wherever applicable. I would also think that your dash could be replaced by a colon based on the suggestion of idea.

One such document tells of the time Avartarian accused Qur of favoring the Humans while stifling the gods; the argument concluded with Avartarian promising that one day, he'd be the one to kill Qur.
— Cycle of Creation

Not a grammar note, but I really liked this quote since it's rather amusing with the knowledge that Qur would kill Avartarian before killing himself.

While Qur would push the Humans to grow and learn, He'an would love, protect, and as Qur saw it, coddle the Humans.
— Destruction is the only way forward

"as Qur saw it" is an appositive meaning it should be wrapped in commas: "love, protect, and, as Qur saw it, coddle the Humans."

instead now its power is focused to smaller land-forms like mountains and valleys.
— Current Power

Again, not a grammar thing but I find it amusing that "mountains and valleys" are small. It's a great addition to the article, though   Overall, a really great article. It's well written and designed, a staple of your world, and has a lot of interesting content. One of my favorites, for sure.
Give me a visit at my current project(s): Aesontis

Great Article! Do you ever intend to reveal the answers to a lot of the mysteries you have set up (who killed He'an, why Miyu killed Dimiti, etc) or are you planning to leave it ambiguous?

Thank you so much! :D   I do want to reveal them I think! I'm not sure how to go about it though. I like writing the world as the world see's its self, if that makes sense. It's canonical that the people of Cathedris don't know the answer to those questions.   I'm thinking maybe eventually, I'll write some *new* articles -- maybe some found information within the Comprilith, or some discovery, that solves the mystery and is canon to the world.   Thanks for reading! :) 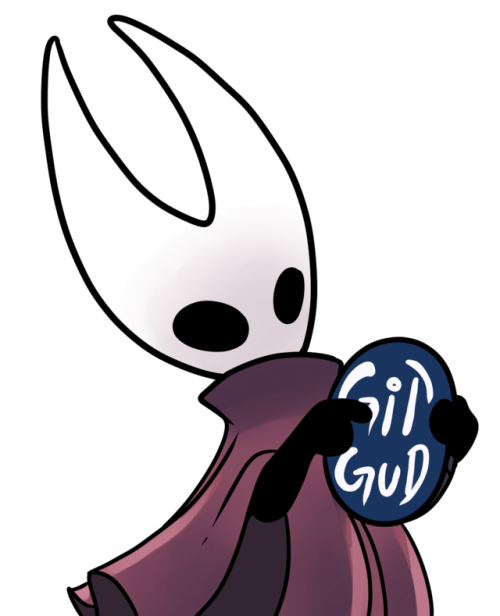 Looking at this world for the first time and I absolutely adore how the hand wraps around the article frame / the arm laying outside the header.

Thank you so much! :D I wanna keep doing that sort of thing on as many article types as I can for Cathedris :)