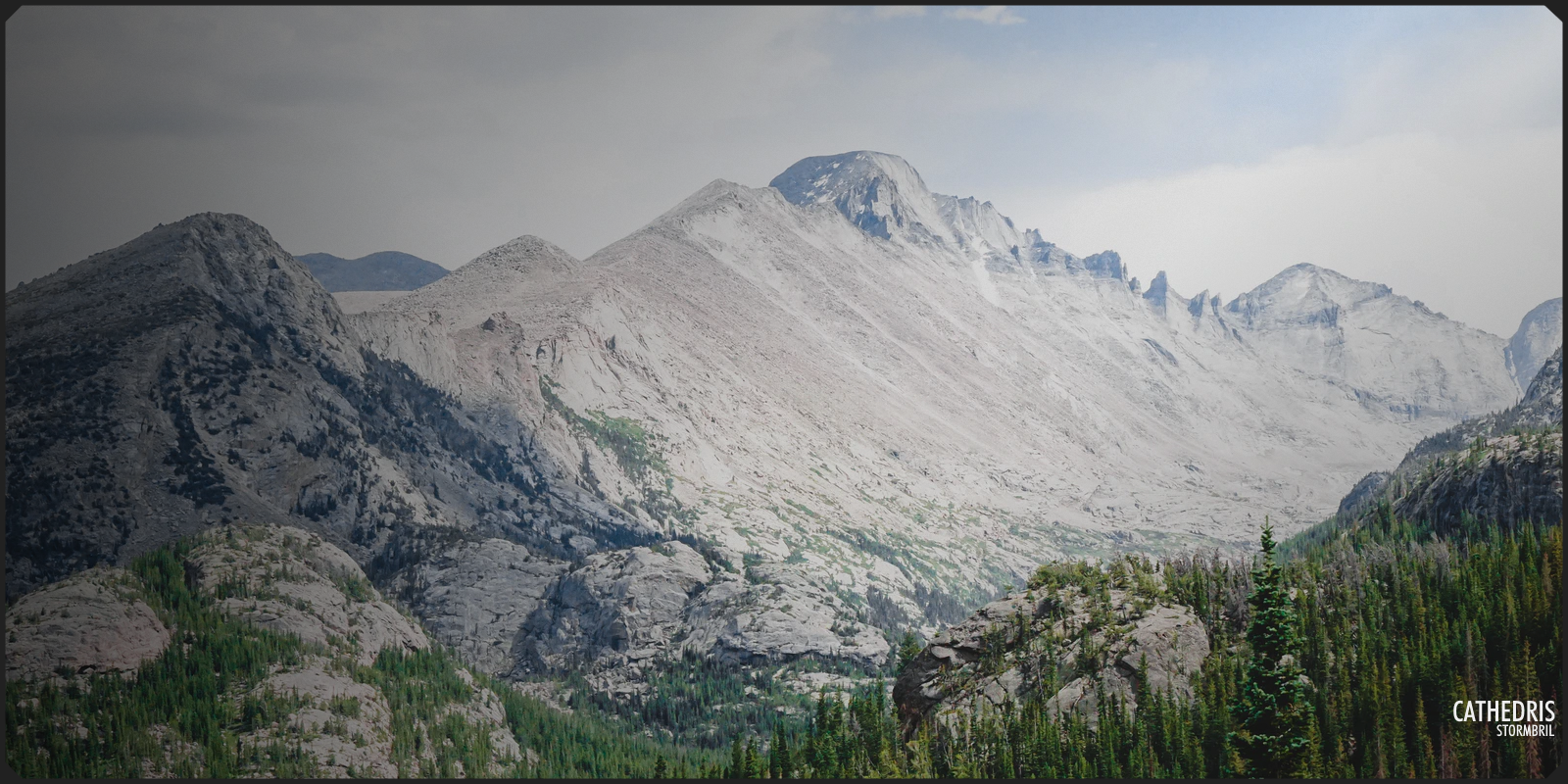 Victory at all costs 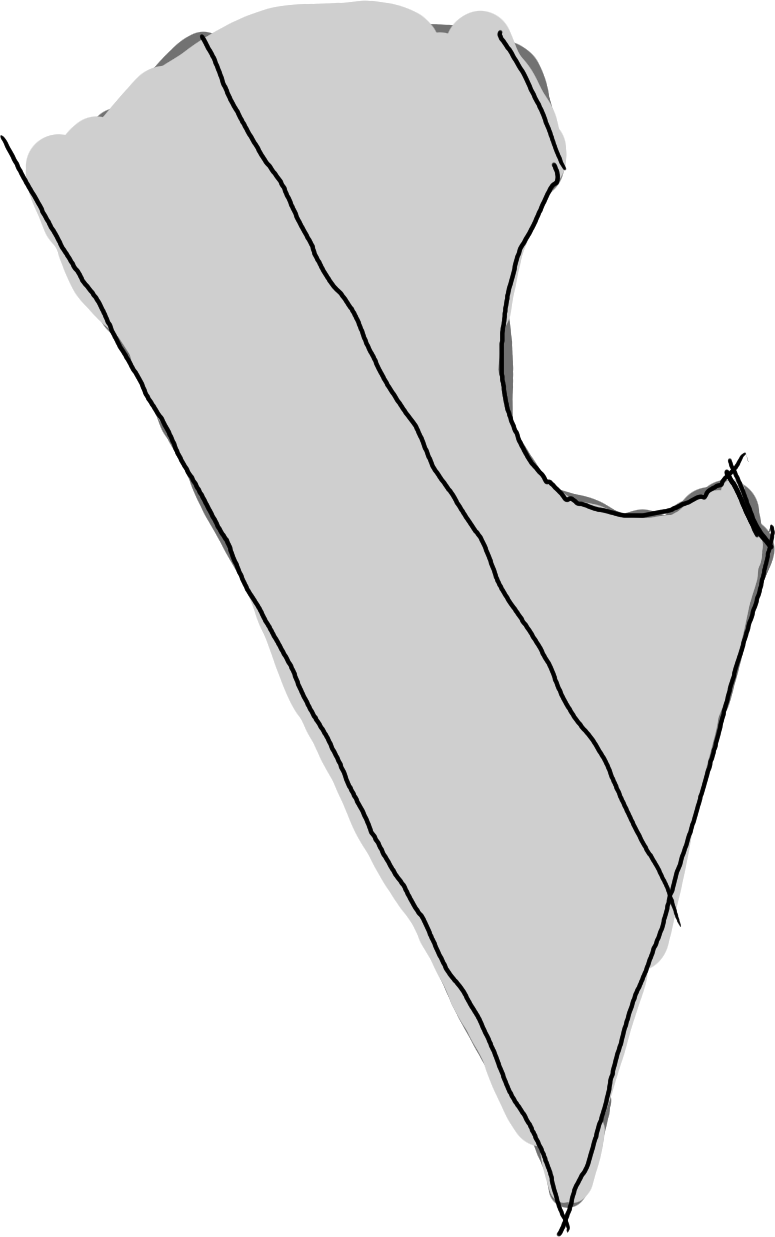 The first thing you'll notice is the sound. Ear shattering, inhuman, screaming, accompanied by explosive sounds of metal on stone. Then when you crest the peak, you'll see him in a whirlwind of destruction, at war with himself and everything around him.
— Einran Helzt, head of Artazian Danger-Tourism .

Just under 450 meters tall, with 4 overly long arms, and armored head to toe, Avartarian is one of the most terrifying God-husks to lay eyes upon. He wields an enormous sword nearly as long as Avartarian is tall, and upon his head rests a bright, golden crown. Avartarian's armor is damaged and corrupted -- parts of it look as if the metal has regrown, and some of it even appears to be fused with his body. Underneath the broken armor, seen through gaps in the metal, is a decaying and bruised flesh, purple and mottled. Strange growths periodically form, rapidly growing until Avartarian brutally rips them from his body, discarding them like the bones of a finished meal.   From Avartarian's shoulders, a lustrous purple cape flows freely, swirling in the wind around the God-husk as he makes war on himself and all around him, fighting for victory at all costs.

Victory in All Things

In the brutal north of the continent Volsinki is where the superpower nation of Artazia is found, along with its closest ally, the smaller country of Varzen. Both of these countries have a long history with the god, and thus God-husk, Avartarian -- and thus both of them worship the God-husk above all else. To the people of both countries, Avartarian embodies the fighting spirit needed to ensure victory within the hostile territory the call home. Stories of Avartarian's past, in mock battles between he and the other gods, or of wars waged against unknown foes and heretic uprisings, are scripture to these countries. Each one of the tales tells of victory to Avartarian, and the retelling of the accounts is used to inspire courage and determination within all who hear it.

Who is the strongest country?
WE ARE.
Who are the fiercest people?
WE ARE.
Who deserves to control the northeastern sea?
WE DO.
Who will destroy all their enemies and reign victorious?
WE WILL.
— Artazian Navy Chant

A sore point in Varzen and Artazian's rhetoric is the subject of Avartarian's death, and the current state the God-husk is in. Much deliberation is had about how to interpret the apparent torture that Avatarian is going through, with the constant tumorous growths and the self inflicted harm dealt by tearing the growths from his own body.   Some say that it is all a part of Avartarian's supposed plan to become the one true god above all the rest. Other, more cynical, say that it's Avartarian's way of punishing himself for his single greatest failure. All take the constant struggle to be an inspiration for the daily personal struggles one experiences in life.

Failure demands punishment, as punishment breeds conviction to do better. Just as our great Victorious one struggles through his own punishment, so too shall each of us.
— High ranking priest of the Church of Avartarian

Artazian's current state of twisted self-war is a direct result of the God-husk's final battle in his life before The Seven Day War. During the war, Avartarian realized the opportunity he had to claim his self-idealized spot as the only living god. He used the chaos of the fighting to begin murdering his closest rivals -- Qetzel, followed by Sharenskus a few days later. Miyu, wounded by Qur, followed soon after -- but at this point, Avartarian had drawn attention to his actions, and intervention was soon to come.   At the end of the war, only Qur and Avartarian remained. Avartarian attempted to best his opponent, aiming to deny Qur victory and assure his own. However, Qur was not after victory, something foreign to Avartarian. His miscalculation meant he was unprepared as Qur sacrificed himself in a massive explosion that killed both of the final gods, and ended the Seven Day War.

Born on final day of the 19 Days of Creation.

Died at the end of The Seven Day War.

Avartartian maintains a forced limp, half shuffle, half march, through the mountain ranges he calls home. It appears as if in his dead, broken mind, Avartarian continues to push himself beyond the means his body can support.

Surrounding Avartarian is an aura of ferocity and conflict -- those who come near the towering giant feel more confident, stronger, and fierce. This manifests physically in the god as conflict upon his very body, as it wages war against itself through tumorous growths.

This tall combative Godhusk shows only an awareness for movement. He cannot tell friend from foe, nor follower from victim. Anything that moves within sight of his hollow eyes is seen as a target; and Avartarian always hits the mark.

Corruption of the Victorious


A massive sword, with a blade twice the width of one of Avartarian's own hands, Serikene out-sizes the other God-husk's weapons by a large margin. Avartarian wields Serikene with two of his four hands for most of the time, but once the God-husk gets a target in his sight, he clasps the hilt with all 4 hands to better control his massive weapon.

In the times before the war, Avartarian would often wage mock battles or host "friendly" battles between he and the other gods. These fights would be ferocious and intense -- never straying too close to actual mortal danger to the gods, though close enough. During these fights, Avartarian would harness Serikene's power to continuously repair his armor, allowing him to attack with total abandon, ignoring any pretense of defense, as his sword would ensure his armor would continue to protect.

In his death and his refusal to let go of Serikene, Avartarian now finds that power of regeneration is corrupted, and targeting more than just his armor. Serikene's power is now tied into his aura of ferocity and conflict -- twisted, regenerative powers course through his body, growing tumors and metal all across his body as the magic wages war on Avartarian himself.   The one thing that Serikene still manages to regenerate properly is Serikene itself -- the sword is unblemished, perfect as the day it was made.

Have you ever been really, really good at something? Maybe even considered the best? And then, have you lost at that thing you thought you were the best at? It's not a good feeling. Now imagine you were the god of that particular thing, and you still lost... what would that do to your mind?
— Varen Lih, citizen of Varzen

The Zone of War

Surrounding Avartarian is a no-go zone, many kilometers wide. The area is nearly devoid of life, as anything moving that strays too near the rampaging God-husk is attacked at once, and in almost all circumstances, entirely destroyed. The only things that can exist around Avartarian are a certain terrifying breed of Rendlings. These Rendlings are formed from the God-husk's own tumorous flesh, with parts of regenerated metal embedded and entwined within. Each festering clump savagely torn from Avartarian's body grows over a period of a few days to become a new terrifying monster in this area of total war.

The Legion therefor has a permanent base located near to Avartarian's Zone of War, in order to keep the Rendlings at bay -- similar to how they have a permanent setup near Dimiti, another Rendling-spawning God-husk. The Rendlings spawning from Avartarian provide a far tough challenge however, and thus a stronger Legion presence is needed nearby, along with the Legion's newest and strongest weaponry. Many of the Legionnaires located in this area are from Artazia itself, putting this high tech weaponry in the hands of those with the most loyalty to the war-loving Artazia.

With the near constant rampaging from Avartarian, the mountains surrounding him are continuously struck and damaged as the God-husk smashes his massive sword on target after target. Stone is turned immediately to dust upon impact, and as the ground beneath shakes, the dust is cast skyward. When the winds are calm, Avartarian can become entirely hidden from view, shrouded by the dust of assaulted mountains.   When the wind picks up, this dust is carried away and mixed into the atmosphere, seeding countless clouds. With winds trending from northwest to southeast, these clouds are carried away from Avartarian and towards the capital of Artazia, Nagazan. These clouds cause extremely frequent rain events along entire mountain region from Avartarian to Nagazan.
God-husks

Join Cathedris Discord!
This work is licensed under a Creative Commons Attribution-NonCommercial-NoDerivatives 4.0 International License.
All content, unless stated otherwise, copyright ©2010 - 2021 Devon Ruscheinski. All Rights Reserved. All images are made by Stormbril, unless otherwise specifically stated. World Default Header Image (Interior roof of a Cathedral) originally by Derek Story, edited by Stormbril.
Background image composited of a Cathedral Photo by Odin Lee, with mountains behind by Sorin Sîrbu, combined and edited by Stormbril.
Developed by Stormbril
Want to support me and get some neat Cathedris art? Check out the stuff I have on Zazzle!
Cover image: by Ivan Zhirnov

The artwork for this article is still a work in progress! I need to add shading/highlights, and maybe tweak some colours. Let me know what you think of the article overall! Likes and comments make my day <3

Wowzers! This is so good, a whole story—a whole BUNCH of stories, really—all in one article. I'd say it's a bit much to take in all at once, but I think that's a good thing in this case. It's an article that grabs your attention and doesn't let go, a hard trick to pull off in an online world.

Thank you so much! It's one of my favourite parts of writing these God-husk articles, bringing in all sorts of stories and details regarding them. Thanks for reading and thanks for the comment! :D

Yaaaay, god husk! Poor Avartarian, constantly at war with himself. The description of him and the area surrounding him is utterly terrifying. Great job! <3

So happy I was able to get one done! Thank you so much for the comment, and I'm glad I was able to make him sound scary :D He's probably the most rampage-y-est and one of the most dangerous God-husks of em all

Well...I was both hooked and terrified throughout most of this article, so i'm not sure if i should thank you or re-evaluate everything. The snippets of life stuck in through the quotes were what really got me, especially the Artazian navy chant.

I'm so happy to hear that! Thank YOU for reading and commenting :D