Since leaving the ashlands, Vathash has gained weight that might qualify him as 'portly' by Reivan standards, but he is still very lean by outlander standards. As a smith and soldier, he carries considerable muscle, but this amounts to less bulk than an outlander human with the same degree of strength.

Vathash has a full beard covering his lower face, and a vertical scar over his left eye.

Vathash wears armor and weapons of his own crafting, all made with Reivan steel. His armour consists of a brigandine cuirass made with a deep maroon leather, gorget, a visorless barbute helmet, vambraces, greaves, cuisse, sabatons, and plate-backed gloves. He carries a set of javelins, and a halberd in which he has carved a series of notches as reminders of past experiences.   The smith's tools he carries are also forged of Reivan steel.

Vathash was born Vathash Kerak nar Sethas, a child of Sethas Reiva. Living in Sethas Reiva, Vathash had greater exposure to outlanders and their Common speech than is typical elsewhere in the Reivan Wastes, though this still amounted to only a passing familiarity. A childhood in Sethas Reiva did afford him the opportunity to converse with dwarves with nearly the same frequency as would a childhood in Rannock Reivasa. He first met Urfoc Shieldfast, a guard escorting a dwarven caravan on its way into the borderlands, as a teenager in Sethas Reiva, beginning a friendship that endures to the present day.   As with all Reivan boys, Vathash was trained to defend himself, and to hunt and survive in the ashlands. As with most boys of the Kerak clan, he apprenticed as a smith. His childhood was relatively unnoteworthy, as far as Reivan childhoods go. He showed himself to be capable as a warrior, scout, and hunter, but was not trained as extensively in these areas as boys from the Akitara, Vusait, or Skalla clans. As a smith, he was competent and hard-working, occasionally showing excellence, but was not prodigiously gifted and not regarded as substantially beyond his peers.

Vathash began his First Pilgrimage on Horizon Day, 13th of Ruin, 1484. Intending to find an offering worthy of citizenship to Rannock Reivasa, he did not attempt to complete his Pilgrimage at the end of its first year, but rather continued in search of a greater goal. After more than a year of wandering the ashlands, he spotted the first sign of what would lead to a truly triumphant Pilgrimage: a fine dusting of snow, of the type seen when steam rapidly crystalizes in the cold air of the ashlands. Recognizing this as an indication of an undiscovered reiva in The Mother's Shield, he spent months exploring cave systems, cliffs, and passes to find the source, falling back only when necessary to recover from encounters with troglodytes and other beasts of the undermountain. After many months and many wounds, he discovered a path to a secluded valley high in the mountains, blessed with a hot spring from an underground river, and multiple highly-active geysers.   With a map of this path, he arrived in Rannock Reivasa on Port Day, 2nd of Rapax, 1486, presenting his discovery as an offering for citizenship. As expected, his citizenship was readily accepted, and he was granted the name Vathash Kerak vas Rannock. To discover an untapped reiva is regarded as perhaps the greatest of feats one might hope to accomplish on a Pilgrimage. To find one so rich, defensible, and well-protected brought the young Vathash a degree of fame in his first days as a citizen.

Vathash was quickly put to work in the forges of Rannock Reivasa, mentored by his elder clan brethren as he finally had the opportunity to work with steel directly from the Crucible itself. With no shortage of steel to work with, and no shortage of work to be done, this was the foundation of Vathash's life for the years to come. Unlike in a smaller reiva, a citizen of Rannock was expected to focus almost entirely on his craft, disrupted only by combat and defense drills. It was rarely necessary for a smith to venture beyond the walls into the ashlands; there were enough hunters, scouts, and warriors to specialize in such roles.   During his time in Rannock, Vathash again met his dwarven acquaintance Urfoc, now with more frequency, as every dwarven caravan from the mountains had to pass through Rannock Reivasa, both on departure and on their return. The two became good friends; Urfoc introduced Vathash to dwarven mead, which remains his beverage of choice to this day.   While living in Rannock, Vathash also met the famed Kadrin Akitara vas Rannock, leading combat drills for men in the capital. The two quickly became friends; each came to regard the other as their closest companion, though Vathash also revered and was in awe of Kadrin as a mentor. The two sparred frequently during weapons training, educating Vathash in humility as much as in warfare. Though Vathash never succeeded in landing a strike on Kadrin with any weapon, he took great (and boastful) pride in managing to have once lasted for an entire minute-long sparring session without being struck himself.

War with the Empire

The Empire of Vudon launched a surprise invasion of The Reivan Clans in late 1491, quickly sacking Sethas Reiva before advancing to the south and laying siege to Rannock Reivasa. Vathash is one of the Unbroken - those who faught in and survived the Battle of Rannock Reivasa, narrowly defeating the Empire due to the timely aid of dwarven reinforcements from the mountains.   Like nearly all of the Unbroken, Vathash joined the Reivan Expeditionary Army under the leadership of Kadrin the Unbreakable to lead a counter-offensive against the Empire. This newly-formed army set out to punish those Reivans guilty of collaborating with the enemy, and to attack the western borderlands and secure them against any future Imperial attacks.   Vathash grew disenchanted with the severity of the Reivan vengeance on the outlanders, many of whom, in his eyes, were themselves victims of Imperial aggression. After coming into conflict with his brethren, and confronting Kadrin about the morality of the army's conduct, Vathash had finally seen enough. He deserted the army on Moon Day, 14th of Rapax, 1492.

Following his desertion, Vathash felt no choice but to drift to the south through Imperial territory. To his surprise, he found the lands and people largely indifferent to the passage of a soldier from an "enemy" of the Empire. He was able to hire himself out as a mercenary guard, primarily hiring on with caravans and merchants traveling in a direction that would take him beyond Imperial territory.   After a brief period of finding himself trapped in the recently-conquered Imperial city of Acovas, Vathash hired the services of Jackie de Mowbray to smuggle him out on board his ship, the Heartbreaker, on a voyage to Brightridge. On Moon Day, 14th of Flame, 1493, Vathash finally found himself on land in a non-hostile country, for the first time in more than a year.

Vathash has been trained as a smith, in combat and warfare, and in an array of survival skills. Reivan men receive very little formal academic education, learning only of Reivan customs, the basics of Reivan history, basic literacy in Reivan and Dwarvish, and basic numeracy. Among The Reivan Clans, further academic studies are solely the domain of women.

Vathash has developed post-traumatic stress disorder as a result of his experiences in the Vudon-Reivan War. Certain events can trigger mental breaks and disassociative episodes, forcing irrational behaviour in combat.

The Unbroken and the Fallen

Seeing a companion struck down in battle floods Vathash with memories of the countless friends and family slain in the Battle of Rannock Reivasa. Vathash must make a DC 15 Wisdom saving throw. On a failure, he enters a state of rage and must spend all available actions attempting to kill the creature that defeated his companion, but gains Advantage on all attack rolls against that target. This state persists until the target is killed, or Vathash succeeds on a DC 15 Wisdom save.

The Blood On My Hands

Striking down an enemy fills Vathash with dread and guilt as he is reminded of his past actions. He must succeed on a Wisdom saving throw or be subject to an effect from the Mental Breaks (Blood On My Hands) table. This check has a variable DC, between 5 and 25, depending on the perceived innocence or guilt of the enemy. This condition persists until Vathash succeeds on his saving throw.

Mental Breaks (Blood On My Hands)


Made with Love. Burned by Hate.

When seeing a person killed by fire, or any person in danger from an ongoing fire, Vathash must succeed on a Wisdom saving throw or be subject to an effect from the Mental Breaks (Burned by Hate) table. This check has a variable DC, between 5 and 25, depending on the perceived innocence or guilt of the killed or endangered person. This condition persists until Vathash succeeds on his saving throw.

Vathash has developed an intense loathing for those who prey upon the weak and the defenseless. He feels compelled to stand for those who cannot protect themselves against tyrants and bullies.

Our bodies are prisons for our souls - our skin and blood, the iron bars of confinement. But fear not, for all flesh decays. Death turns all to ash. And thus, death frees every soul.
— Reivan Tenet of Returning

Although he does seek to preserve his own life, he does not greatly fear death, having the Tenet of Returning deeply ingrained as part of Reivan culture. He is prepared to die in service to a cause or an ideal.

Vathash is deeply uncomfortable with the idea of men using magic, after a lifetime of believing that only women are capable of using magical gifts. The realization that magic is widely performed by outlander men has forced him to face the difficult question of whether the wisdom of the Elders are only true of Reivan men, or if, more disturbingly, the Elders' teachings might be wrong.

Vathash is driven by a profound regret for what he regards as the atrocities of war in which he has been complicit. He wanders the world both to distance himself from his past, and to seek penance and absolution from his guilt. On the shaft of his halberd, he carves a notch for every death for which he feels responsibility and guilt, as a reminder of the debt he owes to the world.

Vathash cultural biases lead him to a tendency to defer to female authority, especially from elderly authority figures. He also holds dwarves in high esteem, and will presume them to be noble and righteous unless shown otherwise.   His experiences in the Vudon-Reivan War have instilled a deep desire to respect and honour the fallen. Vathash will always attempt to honour the dead after battle, or when encountering bodies elsewhere. At a minimum he will lay them flat and place coins over their eyes, a custom he observed in the funeral rites of a recently-conquered culture in the south of the Empire of Vudon. Where possible, he will attempt to see them buried, or see that the funeral rites of their culture are observed.

This is my favorite thing ever!
— Vathash, upon encountering almost any friendly animal for the first time.

The ashlands are an environment where almost all life is horrifying both in its appearance, danger, and demeanor. Seeing the outlands, a world filled with animals that can be described as soft, fluffy, cute, relatively tame or even friendly, has brought a sense of wonder and amazement that has not yet passed in the year since his departure. He has developed a similar relationship with foreign cuisine, almost all of which is a culinary delight in comparison to the Reivan palate.

Kadrin was a long-time mentor of Vathash, and his closest friend. 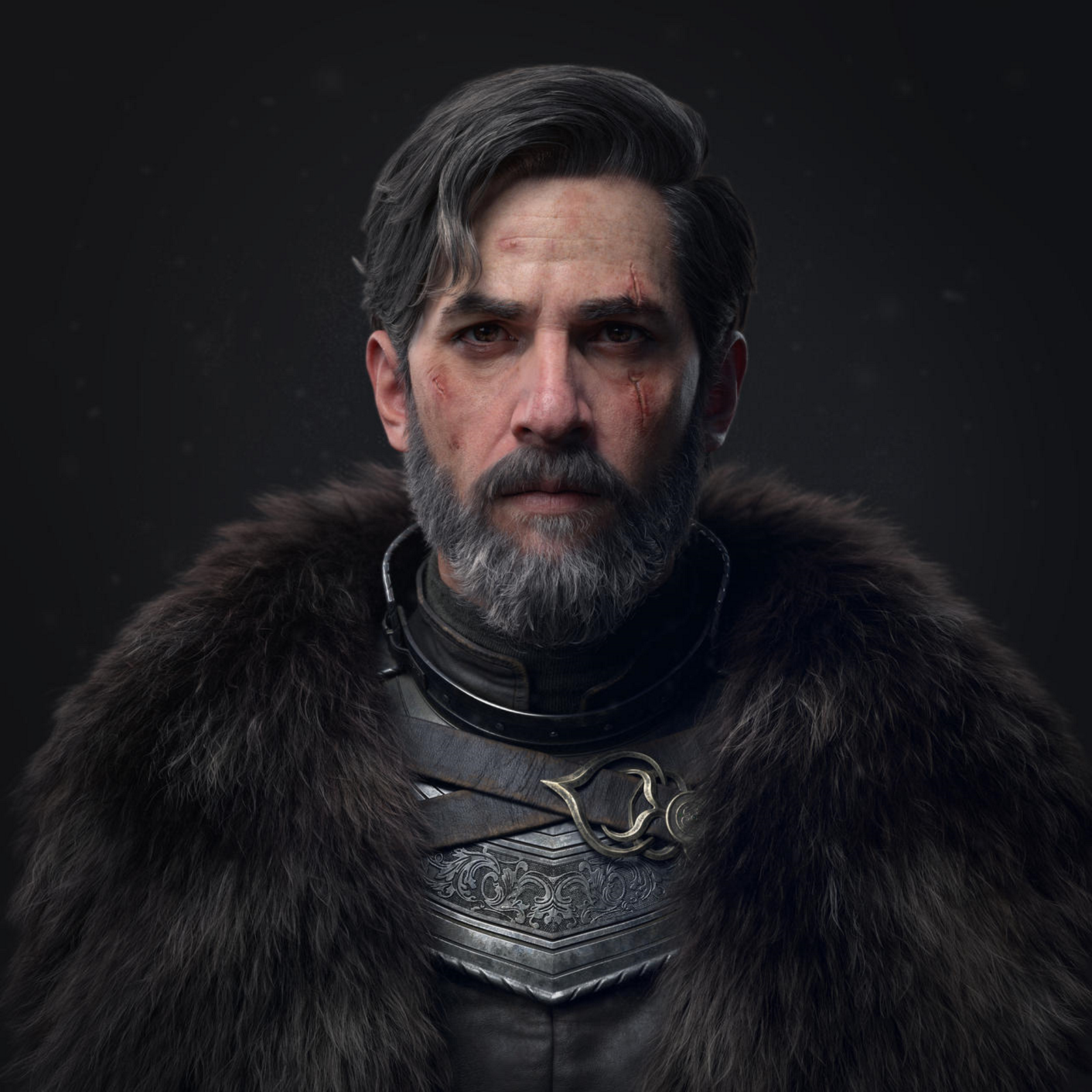