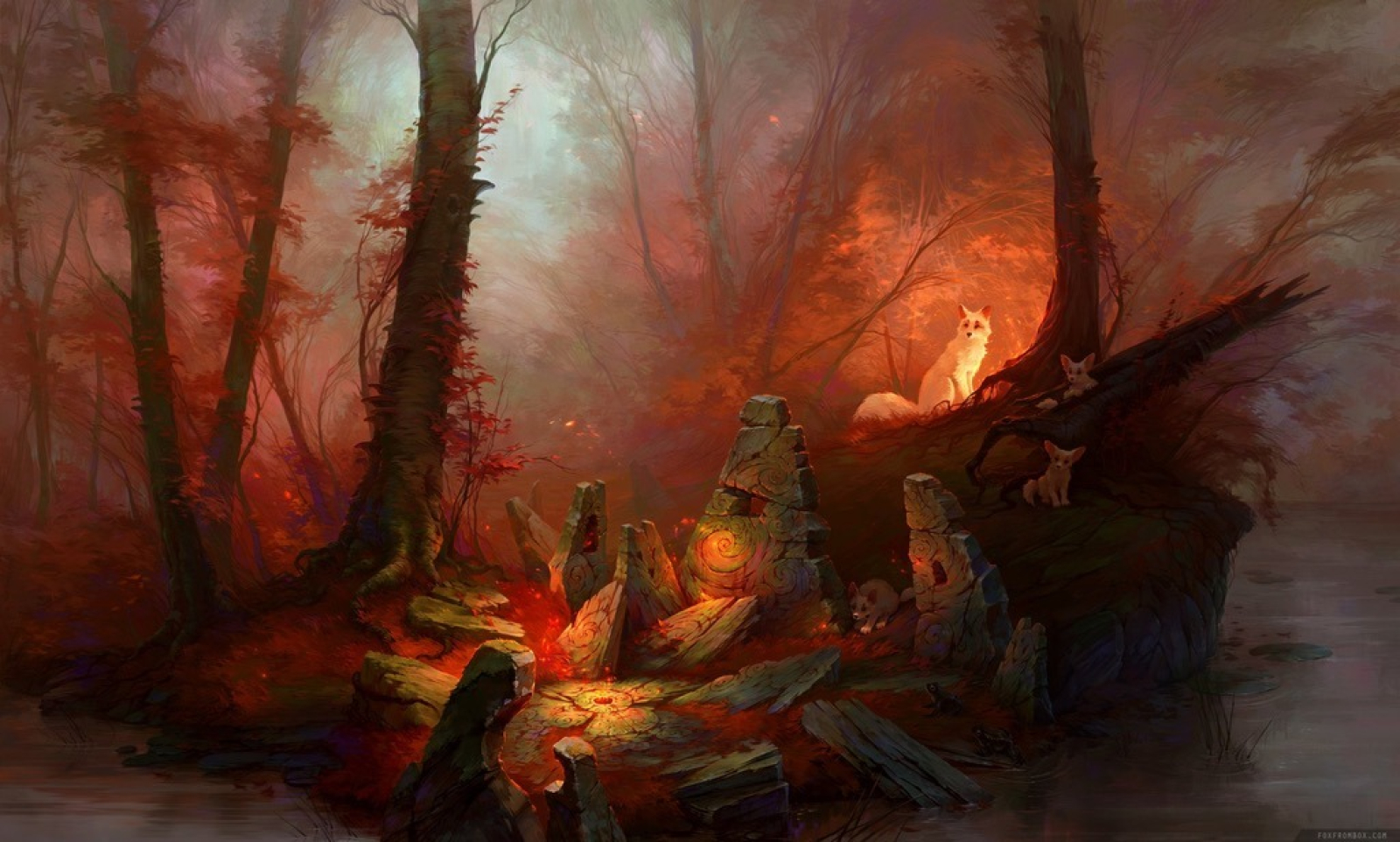 Lower Huraedon was always a wild land. It is filled with ancient hideaways, Halfling holes, and, along the coast, the ruins of soaring Fair-Elven architecture. Magical creatures roam this land, and adventurers find the most dazzling sorts of treasure when they venture into these most dangerous wilds.

Isdoni is a relatively flat territory and is filled with a moderate amount of forests. It is highly populated. Farms fill the flat land and the people are well off. Villages are cupped between moderately dense forests or lay by the highway or the highway's branching roads. The weather is changeable and unpredictable, especially along the coast. There are many bogs and marshes dotting the landscape. The northern 1/4th of Eastern Lower Huraedon gets snow. The rest of the territory merely gets quite cold during the winter and get lots of rain.

Visdoni is moderately hilly, is very densely wooded, and doesn't have a dense population. Farms lay in valleys between hills or between thick uncut woods. People are hard to find when not along the highway. The weather is calm and mild, especially in the south. Warm summers, dry or wet winters according to how near the sea you are. Some bogs and marshes exist but these are mostly in the east. The territory gets cold in the winter but the southern half doesn't get snow. The land is, in many places, sterile or unfit for a great amount of agriculture. Herding is a more common trade.

Chedoni is very hilly, indeed, it is almost mountainous. There is little woodland due to the local mining industry. The territory is sparsely populated across its broad geography but population centers tend to be large. Villages lay in fertile valleys between the hills. The largest cities are on the few flatlands that exist. The weather can be violent and unpredictable due to the Storm Giants in the Western Mountains. The flatlands remain well watered and fertile due to the many streams that flow from the Western Mountains and its foothills. The northern 3/4ths of Western Lower Huraedon gets snow due to its verticality.

Vulga was a large valley, well-fertilized by the split rivers of Vulga and Tječona. It was a flat territory, with almost no hills to be found. It was a marshy territory, dotted with many sunken bogs and fens. It was the most densely populated territory of Lower Huraedon. And brightly colored villages with great waterwheels filled the valley's watershed. The weather was genial and pleasant. So it had been, until the rise of Elvira. Today it is the abominable domain of the Vampires, ever-filled with choking mists. There is nothing to be found here, anymore.

A Place of Strife

But besides these magical relics, Lower Huraedon is also a place in great turmoil and a constant state of war. The many princes vie for dominance throughout the land, and the commoners suffer for it. Still, Lower Huraedon is a vast territory, so there are pockets of peace if you search for them. The land is still fair; the stars still shine. There is hope that a unified land may be formed, and peace is found.