Home of the Vigorous

Its name is of curious origin. Originally, it was called Upper Huraedon in the Common Language, but by a series of cultural fads among the nobility of Juraedon it became popular to call the region Greater Huraedon — maybe implying a superiority over the ancient Lower Huraedon?

Greater Huraedon is the domain of the Brin Huraedonites, a vigorous and industrious people. It is not an ancient, storied land — like Lower Huraedon. But it is the home of the up and coming; and it is the realm of the Kingdom of Seinis, the mightiest of the kingdoms of the Northern Empire.

Greater Huraedon is divided into seven territories: the Greater and Lesser Hills of Northern Seinis, the Western Vale of the Sein, Aemiride, the Small Dwarf Hills, the Central Basin, and the Birin Promonotories.

The Hills of Northern Seinis are very hilly, filled with short hills and dense forests. The population is sparse the more inland you go, but overall the territory is sparse nonetheless. There are many goblin and orc tribes that hide here. Villages are tucked between the various valleys; the soil is poor. Wherever villages are, are fewer trees as they need wood for mining operations. It is extraordinarily cold, especially in winter. The weather is calm and predictable but occasional blizzards occur up north.

The Western Vale of the Sein is very hilly and filled with dense and dangerous forests. The population is sparse and hardy throughout the vale, and most villagers are based around the many waterfall-blacksmiths that live here and the incoming trade. The soil is poor or the river floods too violently to have consistent farming. There are many barbaric tribes in this territory, preying on unwary travelers. This territory is a wildland between the safety of the villages.

Aemiride is a country of olive garths and oranges. It has temperate and warm temperatures nearer to the coast. The population is moderately dense; morseso by the coast. The territory is moderately wooded with moderate hills that grow in intensity nearer to the Vale of the Sein. Villages are mostly nestled between hills that grow oranges or olives. Sparse population geographic wise but when there are villages they are relatively large. There is a high population density along the coast, and the weather is unpredictable and changeable.

The Small Dwarf Hills is a vine country and territory of berries — very hilly, with dense and tall hills. The land is heavily wooded, barring the vineyard land, the soil is rich due to the many nearby volcanoes, and villages and farms are sparse. The vineyard villages attract dense populations. The west is hot due to oncoming desert air from Alk'kir and is an unpopulated and overgrown territory. The east has the majority of the population. The rulership of land is decentralized. The weather is violent the nearer to the mountains but is more even-handed in the central areas.

The Central Basin is heavily populated territory. Farms cover nearly all the available land and there are few virgin forests. The villages are separated by small and controlled woods but otherwise are largely connected by the interlaying farms. There are a few rolling hills with farms on the hill crests. Towards the east is a grain country that rivals Alk'kir's production; at the south is the Old Frontier, which is a long line of fortresses surrounded by farms that have sprouted around them; the weather is even and predictable.

The Birin Promonotories is a territory famed for its foggy massifs and vast bocages. The coast is very indented, with many rias, cliffs, and capes. It is a long-inhabited territory and was once split between many feuding Kelpie tribes. The people here have a distinct culture from that of the Aleriez people, and much conflict comes between the Birin and their overlords. 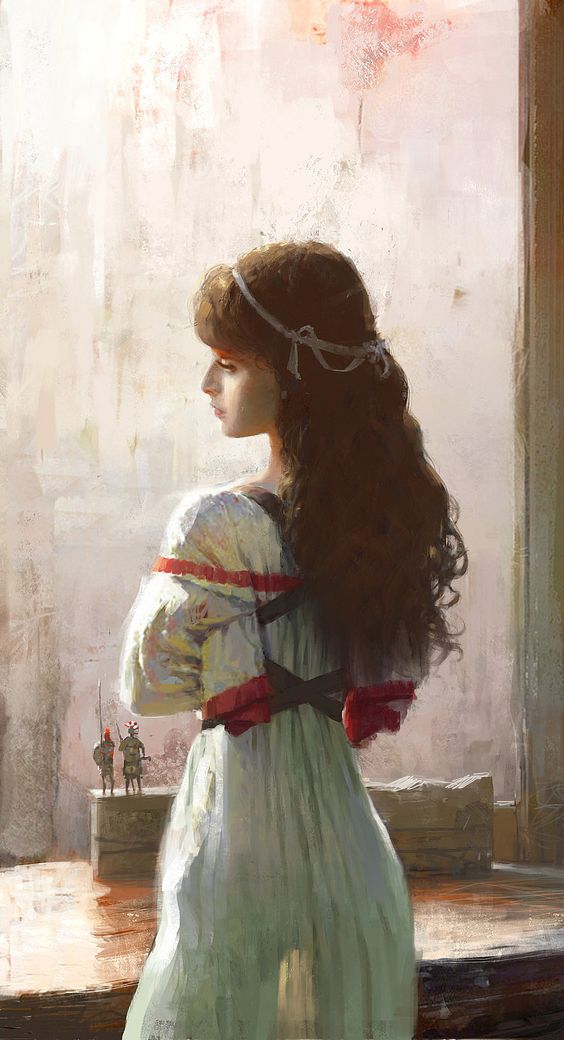