In a hole in the ground there lived a hobbit.
— Opening line of The Hobbit

Halflings, or Hobbits, are a race of Humans notable for their small size and amiable personalities. They are of human figure, but portly: fattish in the stomach, shortish in the legs. A round, jovial face a little bit oversized. Ears are man-like, hair short and curling, usually brown. Boys are sometimes born with black hair, girls are sometimes born with flaxen-coloured hair. Hobbit feet are, from the ankles down, covered in thick and coarse fur; the soles of Hobbit feet are tough and thick, so that most don't use shoes.

As a result of their secluded home, Hobbits have weathered the tumults of history with little trouble. They are a populous people and, maybe as a result of their peaceful home, courteous to a fault — though in a provincial manner. But do not think that, beyond the fastness of their home, they are defenseless! The Hobbit slinger and archer are renowned for their deadliness. Any army, traversing the harsh landscape prior to Greenbuck Half, will be worn down by attrition, being pelted with many stones and slain with many arrows. And trying to find a hiding Hobbit, especially for Large Men, is like trying to find a blade of grass in a field. Green and brown clad Hobbits move over the land quick as the wind, and, like shadows, are impossible to get a grip on, for the land in which they have lived for millennia works to conceal them. Hence, many Wizards believe that the ancient Hobbits were Men who were close with the Morgondi: the Wood Elves. Still others claim that Hobbits came from a strain of Men who copulated with Gnomes of the Forest variety. The latter is a minority opinion, given the infertility of the Dwarrow when mixed with non-Dwarrow.

The Hobbits of Greenbuck Half are not of one cultural group. They can be roughly divided into five blocks: the Hill Hobbits, the Marsh Hobbits, the Southern and Northern Ocean Hobbits, and the Heartland Hobbits. Notably, each cultural group is amiable to each other, though they do consider outsiders to be 'rather strange'.

The Marsh Hobbits of the south are feared by most Hobbits. They live in shrouded, bubbling, stinking bogs and fens. They have carved a home out of the muck and slime, and are believed to practice Magic of a most insidious kind — the sorts of Magic that summon fell demons of the deep, and ensorcell foul dragons out of the marshy pits. But this author can attest that, even if the Marsh Hobbits were quislings of a terrible order, then they are at least very polite about it and keep their bad practises under wraps when visitors come. Also they are fantastic chefs, and their foodstuff is heavy, decked with many spices — so the Marsh Hobbits are much fatter than their neighbors.

The Southern Ocean Hobbits are an ancient mariner people, inheritors of a prestigious history as traders in Isdoni and as explorers of the Relics of Boryen. They are tall, fair-faced, wide-eyed and bright-eyed, and their boys are almost always born with black hair. They live on the eastern coast of Greenbuck Half, and the latitude at which they are replaced by their Northern brethren is at about the latitude of Tuck's Hillboroughs, a little more than half the entire coastline of Greenbuck Half.

The Northern Ocean Hobbits are those Southern Ocean Hobbits which moved northward about 300 years ago, as part of a greater movement to drain the boglands and fens of the northern coast. They are of middling height for Halflings, fair-faced, wide-eyed, and their girls are almost always born with flaxen hair. They are considered an upstart people, and risk-takers. They are good mariners, and are money-minded. They trade mostly with the ports of Aemiride and the ports of the Peninsula of Pelican. The Southern Ocean Hobbits are continually frustrated by their Northern brethren, acting with what they think is unacceptable and philistine manners.

The Heartland Hobbits are the most populous of all the Hobbits ethnic groups, and occupy the central hills, plains, and valleys of Greenbuck Half. You will never find a more genial people, although they are given to gossip-mongering and petty theft — this author witnessed a particularly mischievous Halfling steal a perfectly good apple pie from his great-aunt's window sill. They are tall and fair-faced. The Heartland Hobbits are the chief producers of pipe-weed, and one can get a many-assorted variety of leaves for cheap straight from the field. Their first love is the tilled field, and their second is a full belly. The Heartland Hobbits are highly organized and efficient. Well tiled roads connect all the major settlements of the region, and their postal system boasts a two day delivery time, so long as your message goes to someone within the boundaries of Greenbuck Half. Heartland Halflings love collecting knick-knacks. They are, in taste and mood, a little bit decadent. 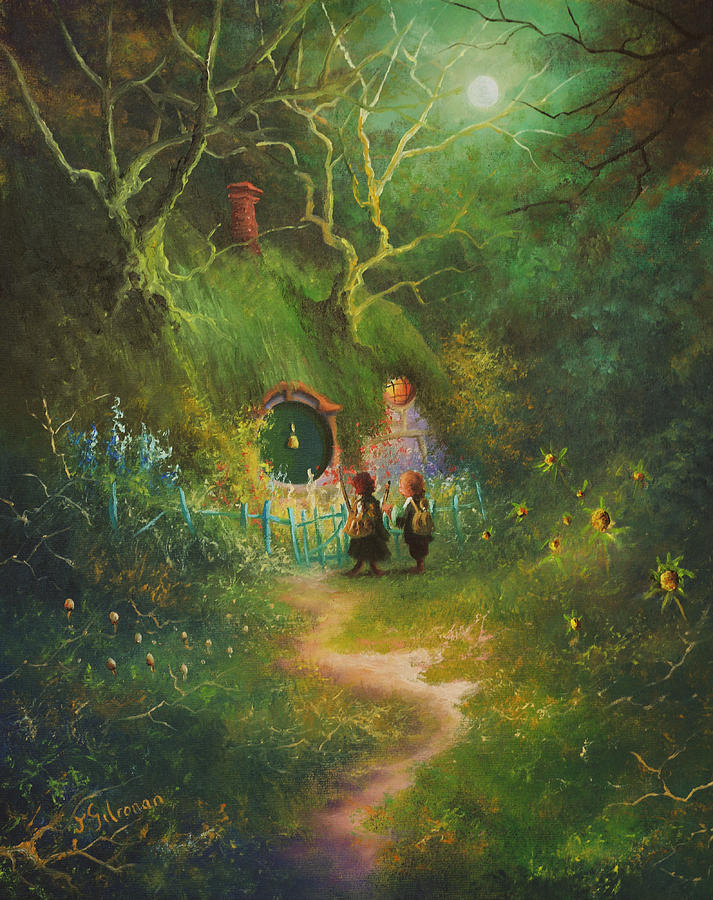