The word Orc is synonymous with destruction. Long the chief enemies of the Dwarrow, Elves, and Men, there is no people more despised, and all of their race were once considered outlaws in all dominions, to be killed on sight. And yet, the Church counts among its Primary Teachings that the Orc is a rational creature deserving of both sympathy and help — though their unjust acts must still be appropriately punished. The Empires of Juraedon and Kilae have granted unprecedented legal rights to the Orc. They now have the rights to body and life, rights to citizenship, and the rights to request appearance before local courts.

It is traditionally held by the Church that Orcs were created by Marqôd during the Wars of Hate. She took Human stock, tortured, and adjusted their bodies to produce a race with a predisposition towards and greater skill in violence.

The point of adjustment was simple and came in two parts. The first was the physical change: this was the shortening of stature, strengthening of limbs, improvement of vision in the dark, hyperopia, and the mutilation of the face. The second was mental: the reduction of fine motor skills, the reduction of the powers of abstract social imagination, and the addition of physical nausea, felt whenever a social norm is followed for too long and only disappearing when a norm has been broken.

After Marqôd created the first stock of Orcs, she gave them over to Be'alim who designed a society for them meant to maximise their servitude while also maximising their pain. The far-sightedness and poor fine motor skills of the Orcs are such that all of their race find it difficult to make things with tools. They retained their old sense of beauty and considered their mutilated faces ugly. Indeed, you can ask any Orc today. Only the most curmudgeonly will admit they dislike their reflection. The reduction of the social imagination meant that Orcs could not organize themselves amongst themselves. They cannot imagine groups much larger than the familial tribe, though they may still operate in complex societies.

In consideration of all this, Be'alim instilled in them, through many generations of incentives and prodding, a strong sense of honor and duty. This social sense, coupled with the increasingly intense physical nausea felt after following social norms for too long, means that Orcs are always at unease. They break small norms whenever they can, but many of them are driven into a state of near-madness after abstaining from incivility for too long, during which they loot property, kill, and rape.

Orcs in general still feel an overriding social sense to be honorable, usually meaning to only defend, speak truthfully, keep oaths, etc. This sense of honor has a comparable pull on Orcish psychology as the sense of morality does on Men . Indeed, the honor-sense of the Orcs is their moral sense.

This, then, explains why many Orc tribes have tried to instill social norms that encourage aggression to all those not of their tribe. It is an attempt to reduce their internal nausea while avoiding conflict. Unfortunately, this then conflicts with their sense of honor: which in tribes across the world almost always stipulates one to follow traditions.

So it is clear that Orcs have full rational capabilities but are not fully culpable for their crimes, being psychologically ruined. Hence, they are considered Men; and may Vahan help them. 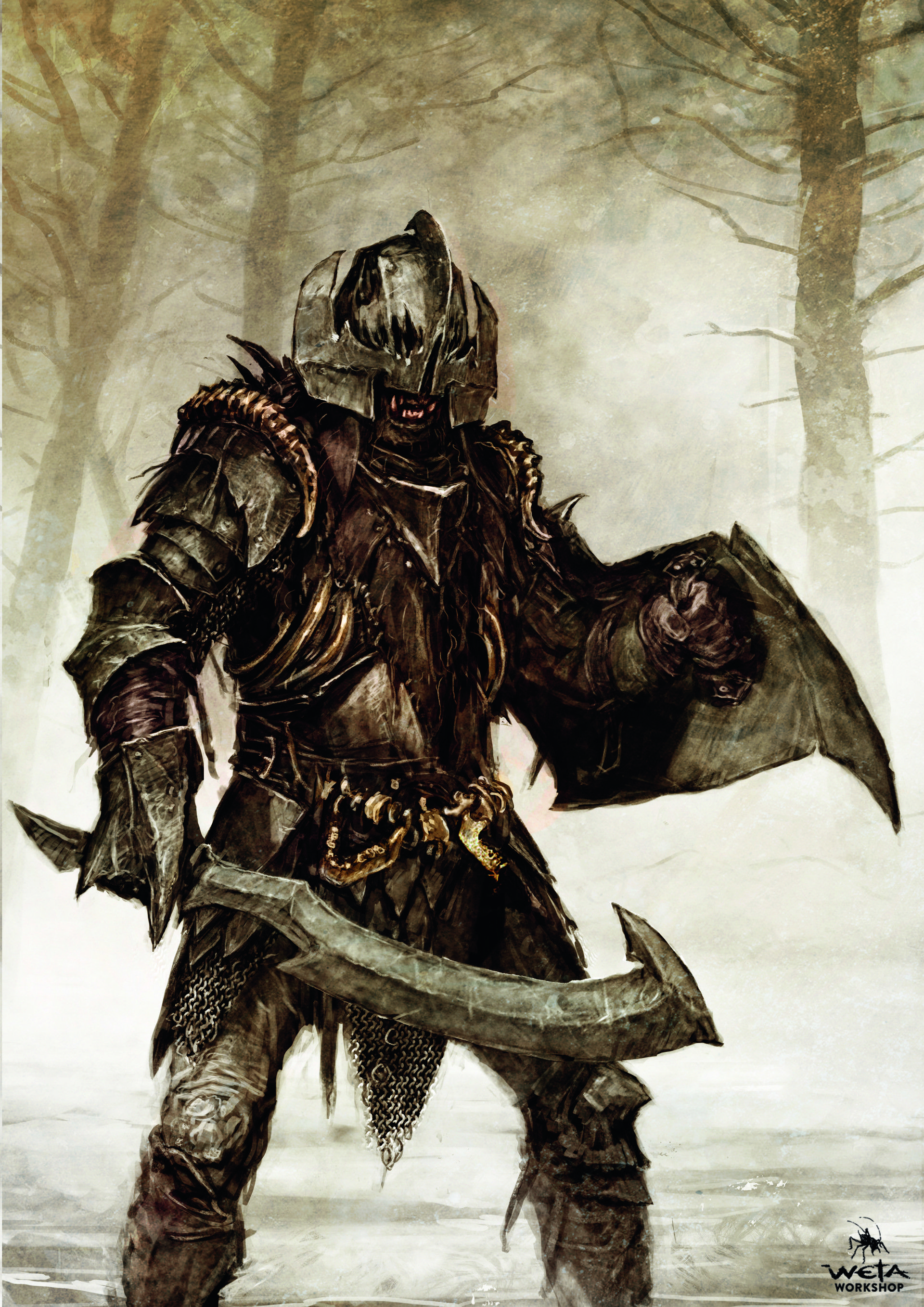