The Wars of Hate

There were Six Wars of Hate. The first two wars brought minor success to the Free West. But then Gendûet used his full cunning and brought forth great sorceries and machinations that pushed the Free West back. Each war created terrible tragedies in the lives of heroes and common folk alike. Though not all was entirely bleak. The wars were filled with the lights of chivalry and bravery, temporary though they were. Virtues here for a moment, and then gone, shuttered by a choking darkness.

The gods descended for the Seventh War. The earth erupted into steam and fire and was broken under the fury of their battling. 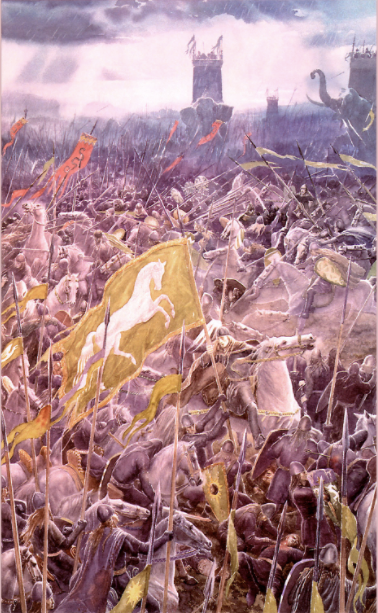