How far to Aelfrice? No one asks, for all who know Aelfrice, even by repute, know that no man has found the league that will measure the way. How far to summer, sir? How many steps? How far to the dream my mother had?

A thing separate from the Spiritual realm, the realm of the Unseen is the realm of the Informal-Form of the Elvish body. It is the third essential ingredient to the trinitarian nature of the Elves. And by all accounts it is beautiful beyond reckoning. But Gendûet Seat of Judgement has extended his substance into the world, and so has corrupted Faery, too. So even Faery must be killed and renewed at the End of Things.

No Man has ever entered Faery, and no Man can enter Faery unless they were guarded by some great Doom. The realm of Faery is the domain of the Elves and, partly, the Dwarrow. It is the form of the deep earth. So how can a Man step into Faery? A Man can't mimic a tree and sink his toes to drink deep from the earth; Faery is as beyond him as Elvenhood and Dwarrowhood are beyond him. But if a Man did enter Faery, it would be as one falling. Not as a privation or a perversion; falling, here, means to go in unconscious and changed to fit the place. Humans are specters on the earth, here a moment then gone. What ghost can stand the heavy rays of the Sun? Only the Holy may enter the Holy Place.

And just as a Man cannot experience Faery, so then the Elves and Dwarrow cannot describe it well. The voice grows distant and the mind bends. Words are lost in the caverns between direct and synthetic experience. But it's possible to hypothesize the experience of the Fair Valley.

Firstly, just as the Elves and Dwarrow experience all things, the realm of Faery is experienced intuitively. Just as Men understand that 1=1 intuitively, so then Elves and Dwarrow understand and comprehend all that happens in the world of Faery immediately and clearly. They do not require an ascending knowledge compiled by synthetic reason, and rather are filled with understanding according to their kind and station according to their natures, revealed to them as an opening bud reveals its stamen. Therefore, all Dwarrow and Elvish knowledge is a priori.

So the Dwarrow and Elves behold the causes of the world in an intuitive fashion, granting them potential a priori knowledge of all things. But the secondary objects—our world—are not necessary objects of the primary vision of Faery. And this ability to pick and choose among secondary objects is a function of the Mind being the form of both the secondary and primary objects of Faery. In other words, their existence in Faery grants them a priori knowledge of Faery entirely, but this knowledge, translated into knowledge of the secondary object (the World) is limited by their Form, which limits their knowledge according to their kind, station, and being. Furthermore, this means the way they learn things is also a priori. And it may be said that they learn nothing at all during their lives, for their Being is more as Time than ours, more than a mere experiential bundle located in our perception, they are as eternal and as comprehensive as Time so that in the Primary vision of Faery they experience all things at once, and that what they learn is but predestined for them to access and to experience, and therefore use, in the secondary vision.

It's a difficult concept. The idea of the Form is simple enough. One can imagine the Mind in some empty space, meeting with a heavy body—though this is not an accurate picture, it is useable. But how do you conceptualize the Body that is not a Body? The answer: you must be satisfied with the paradox. It is, quite logically, beyond Human logic. Because of Faery, the Dwarrow and Elves are filled with a bodily vitality and ferocity unmatched by any Human. Better said, Faery is the rushing body. It is the body of the Earth. And the matter and bodies in Faery are, themselves, Faery.

The Corruption of Faery

Faery is not immutable. It is not the equivalent of Heaven for Elves and Dwarrow. It can be corrupted, and has been corrupted. When Gevurah Seat of Judgement put his substance into the world, he also infected Faery. And now the realms mix and interface with each other in ways beyond their appointed means.

The corruption of the world and of Faery expresses itself in two ways: the eternal 'fading' and the temporal 'neuroticism' of the Elves and Dwarrow. The influence of the unseen world grows too strong in some places, and so the Elves and Dwarrow become identified with the unseen over time. Death expresses itself in cruel ways. The Dwarrow sometimes delve for so long that they lose themselves to their work, and the work becomes them, and the stones are soon broken by some invisible thing. Many of the Dwarrow tunnels, meandering and mindless, are made by these faded Dwarrow, who are only visible in the darkest depths of the deep earth. And the Elves fade into specters, with only the echoes of their reason remaining, forever devolved to a state of playing small tricks on peasants, deriving hollow joy from it. Elvish and Dwarrowish specters differ from a Mannish one by their local nature. A Human ghost is the holographic dread of the Principalities of the land, and is not really there.

The neuroticism of the Elves and Dwarrow is the increasingly materialistic bent of their minds. This means that they begin to lose the capabilities of learning the intuitive knowledge granted by their presence in Faery. They also begin to view the accruement of material wealth as the proper ends of their lives. This is an especial problem of the Dwarrow. The neuroticism can be identifiable with the Human Original Sin, being the privation of the pure nature of the Elves and Dwarrow.

There is also a corruption of the body. The Elves not of the Itie'lman stock have shorter practised lifespans, tapered and longer ears, and more childish demeanors. The Dwarrow display less bodily and spiritual corruption so long as they remain in their Halls. But those Dwarrow who have left their homes, or have grown up outside them, grow a bourgeoisie attitude, live shorter lives, and forget the noble and historical demeanor so common in their Halled kin. 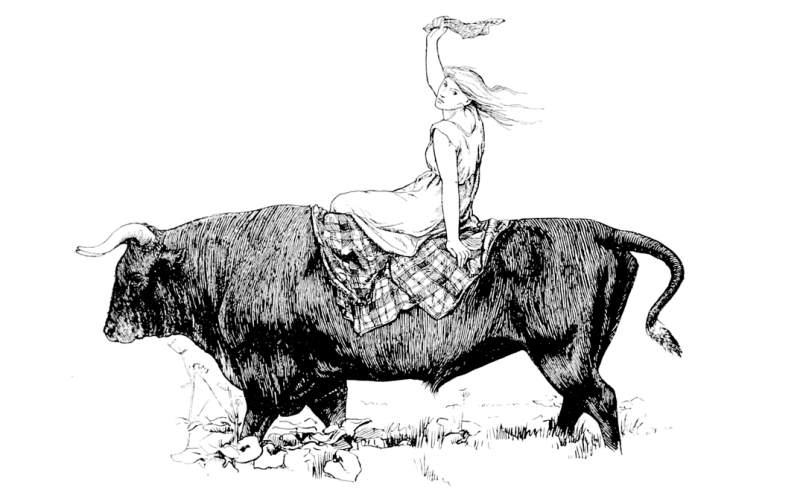 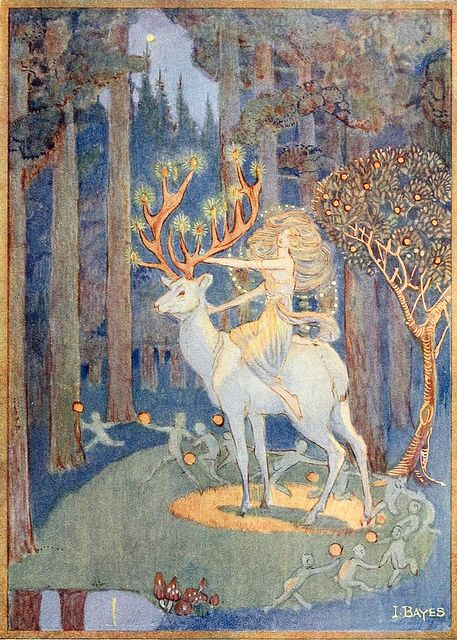 After that, a flying castle, all spiky like a star because there were towers and turrets coming out of all its sides. I kept telling myself it had to be a cloud, but it did not look like a cloud, Ben. It looked like stone. I got up and chased after it, waiting for the wind to blow it apart, but it never did.
— The Wizard Knight