Beast of the Deep

Ishim was a mighty Solitude and Power of Will. That is, he was of the ranks of the gods though lesser than the Seats, but greater than the Principalities. He was once a servant of Lur Seat of the Sea, and his delight was in the rolling storms and mighty tempests of the ocean at night. Often he would laugh over the roaring of the waves. Many times he, while still in allegiance to Lur, would take joy in causing great tumults of the sea that would wreak havoc on the land, and he would rage in his wilfulness without prompt from Lur. In these moments the Solitudes and Powers Binah and Tiferet would need to restrain him.

Towards this spirit Gendûet wrought dark designs, and the Seat of Judgement whispered to the Power that he was restrained because he was feared. He was restrained because, if he ever desired so, he would usurp the Seat of the Sea and became the new lord of the deeps. Gendûet sowed these lies deeply and secretly, so that Ishim thought these ideas to be his own. At last, when Gendûet saw the moment was ripe, he took Ishim and deigned him lieutenant, and only second in status to the mighty Abayin, Father of Darkness. Gendûet would give Ishim the oceans entirely, if only the Power and Solitude would wait a little, and bide his time.

It eventually came to pass that Gendûet's deeds were lain bare before the gods, and the Seat of Judgement only fled capture by the enchanted Shadow of Ishim, would could be thrown in any direction, was dark and horrible, and had a tactile form that could choke and constrain. Gendûet fled to the eastern lands and established his empire. Ishim was granted domain over the seas, and Ishim took the form of a mighty serpent clothed in shadow and steam. He made his length so great that he could stretch his tail across the world, and he could bite his tail in his horrid mouth, encircling the sphere. Ishim took this form forever after, and would not, or perhaps could not, change himself back into his original and fair appearance.

But the World-serpent Ishim was not allowed to stretch so far, and so whip and rend the seas into tempests forever after. Lur Seat of the Sea created a great reef called Fairmarin, and Binah and Tiferet battled Ishim for many days, with many Principalities and other Powers aiding them, until at last they had corralled the World-serpent into the reef and ensnared him. So Ishim was trapped in that tight place for many years, and though he raged and smashed against Fairmarin, it refused to break, and would not break until the Seventh War of Hate when the gods descended to capture Gendûet at last. And his release would have spelled doom for all living creatures upon the land, if not for the deeds of Ioshua and Tevil.

Ioshua and Tevil are the names of the two Principalities and heroes who did mighty deeds during the mythic era of the world. They were major actors (though behind the scenes) for most of the Wars of Hate. Ioshua and Tevil were not lovers, though they heavily relied on each other to succeed in their tasks.

Most monumental of their works was the slaying of the world-serpent Ishim. Ioshua died in this battle, but with his resurrection, he raised all of mankind as well, allowing us to partake in him, who is man as well as Vahan.

But the World-serpent will return at the End of Days, and he will be more terrible than before, but at last he will be destroyed utterly — crushed under Ioshua's foot. 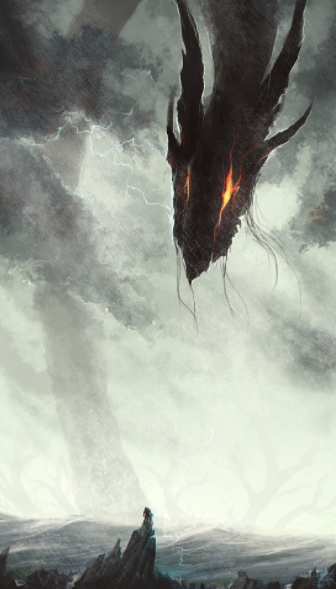