Marqod is a scientist above all other things. Indeed, she is the Chief Scientist of the Infernal Academy, an enviable position. She is one of the six Devil Princes that vie for dominance in Throne. She hasn't been seen in the mundane world for many years. The last time was at the end of the Mythic Age, when Gendûet was cast down. But who can trust such ancient history? Truthfully, many aren't even sure she exists.

Either way, her name is often conjoined with that of the Chromatic Dragons. She is their mother, having bred them as the perfect counterparts - in many ways more powerful - to their metallic brothers. She herself partook in these experiments and has become the famous seven-headed dragon.

Still, her other experiments shouldn't be forgotten. The Tiefling race stems from her designs, and so do the Dragonborn. The orcs, goblins, and other humanoid monsters have some source in her or her many assistants. Marqod was obsessed with life and its genesis. Though the other archdevils designed the iron fortresses of Gendûet or designed the societies or headed the military, Marqod lead those experiments most vile, disturbing, and impactful on the world. 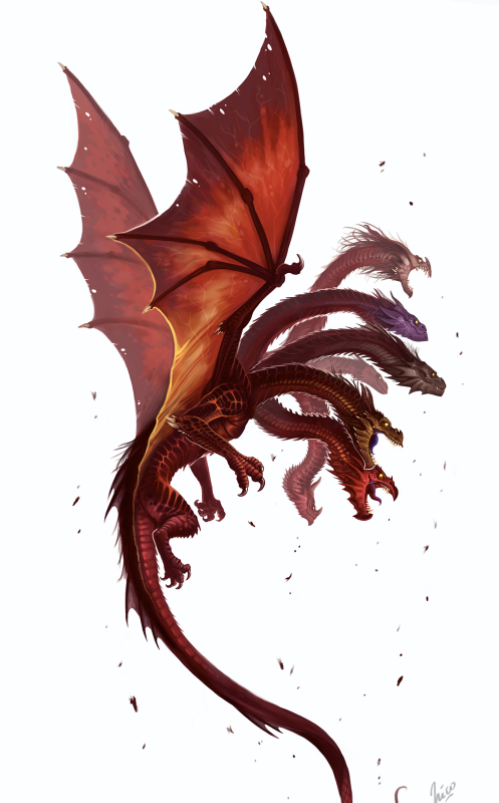