Gendûet was brought up to Heaven, tied by the mighty chain Hlinip, forged by Moroi. But Gendûet escaped with great cunning and trickery. Under the shadow of his greatest servant, the World-serpent Ishim, Gendûet fled Heaven. But the serpent was suddenly slain by Mathiel and Tevil. His cover fell away, and his escape was halted by Velziel, who grasped Gendûet and burned his hands and face. Gendûet tore away with a terrible cry, a cry that shook the sky, and he hurtled to the earth like a comet. He struck the sea and caused a great wave to arise and crash upon the shores of the world, killing many. So the god of freedom and choice died. He sank to the depths, and he was ensnared by Lur by the pressure of the sea. Moroi fashioned the Gates of Night to enclose around him forever. Koter lodged ten thousand pins into the gate, locking them, and they glimmered like the stars. Renite and Ossir shut the gates. So Gendûet was trapped, and he is now called the Dead God.

But the Gates of Night will not hold, and the stars will dim and fall. He will return in fury at the End of Days, and his army will be like the grains of sand on a beach. Gendûet will march at the forward, terrible as a king, thunderous and proud as a dark, high mountain. 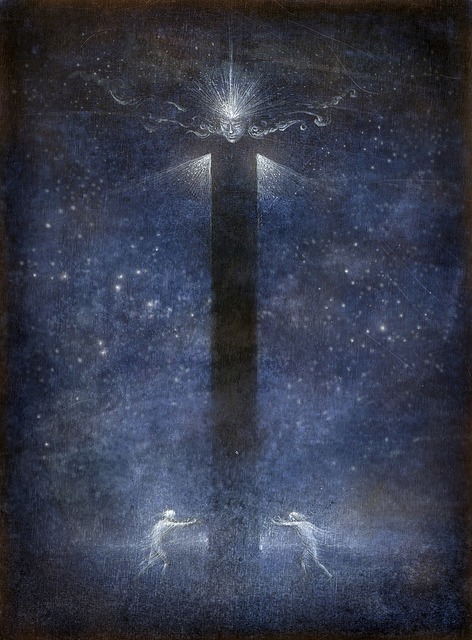