Tieflings were first created from the cruel experiments of the Devil Lord Marqôd during the times of the Wars of Hate. A Tiefling is a being who is born of a bloodline formed by the copulation of a Human with an incarnate Devil. This bloodline is infectious and its potency never ends. This means that a Tiefling who has children will always produce children who have the potential to be born with the features of a Tiefling.

The reason that Men are used rather than the Elvish or Dwarrow stocks is due to biology. Elves cannot be forced upon otherwise they would immediately die. Dwarrow are simply incompatible with any other race other than Dwarrow. Marqôd, wishing to create an infernal infantry race with one foot in Hell and another on Val'Vahan, used Men and Devils to create the poor race of Tieflings. The initial Tieflings were imbued with the violent genetics and traits that cause orcs and goblins to be so barbaric, but finding these Tieflings to be uncontrollable Marqôd mellowed their descendants, giving us the modern Tieflings peoples. Still, for the longest while, Tieflings were synonymous with rape and pillaging. Being more sensible than the orcs or goblinfolk, Tieflings were often trained to be commanders of officers in the Wars of Hate. The Tieflings became a despised people, and they were feared throughout the West.

For a long while it was assumed that Tieflings were abominations that did not own souls, just as the Chromatic Dragons do not own their own souls. But with the discovery of Magic by the Empire, it has been determined that Tieflings can cast Magic, and are therefore thinking beings with souls. It has been an objective of the Church to bring our less fortunate brethren, the goblinfolk, the orcfolk, and the Tieflings, into civilized society and to teach that these creatures, while physically unfortunate, are moral creatures as well.

Tieflings, as a people, wander throughout the world and do not have their own kingdoms. They are often rejected by their communities, and find little rest in society. Tiefling ghettos in major cities are not uncommon. In the largest cities, though, there is a spirit of tolerance, and Tieflings in cities like Lille or Juraedon have an easier life than in the rural outlands. Their insular communities are often very defensive of their inhabitants and provide a sense of fellowship that would otherwise be hard to find for a Tiefling. There are quite a few Tiefling adventurers, as well. 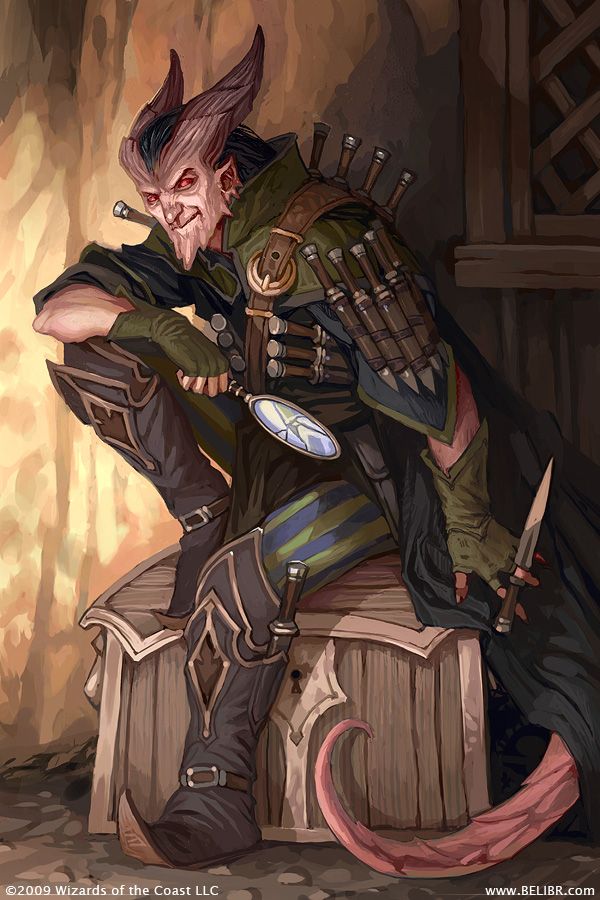