Dwarrow are discerned according to the Halls in which they live. The Dwarrow of Pokhrazad are those Dwarrow who live in the famed hidden city of Pokhrazad. They have their own looks, culture, architecture, and beliefs distinct from any of the other Dwarrowish peoples.

The Dwarrow of Pokhrazad are often fair skinned. They are stout but not very wide. They are tall for Dwarrow. Though they have large noses, their noses are not as dominating compared to other Dwarrow people. Their eyes are often clear and are colored with lighter shades. They have high cheekbones, and their hair is usually black or brown, though golden hair occasionally appears among their womenfolk. Their beards are thick, full, and long. Often their beards are decorated with pins and rings, and the wealthier and more prestigious Dwarrow will wear golden ornaments. Those of the lower classes will use iron or copper.

The Dwarrow of Pokhrazad are skilled in working all metals. Their ringed mail and weaponry are all well made, but above all else they love working with silver and gold. Their halls are built with high ceilings and decorated with bright jewels from the deep earth. Their architecture is smooth, sometimes sleek, sometimes angular, sometimes soaring, and uses geometric patterns. It should be clear that the Dwarrow of Pokhrazad love their work, and that things made by hand are prized above all else.

Each Dwarrow male will have his own private forge, usually occupying a large room in his home. But the large state forgeries of the mansion, numbered from one to twenty, can span leagues. These forgeries are deafening. The sounds of hammering and hissing steam complement the incredible heat. Only Dwarrow are allowed into these forgeries.

The Dwarrow of Pokhrazad have a special hatred of Hobgoblins and Orcs, having been pushed out of their deepest mines by these two races. Of course, there is also the deeper history — the story of how the Goblin was the result of Marqôd's twisted experiments on far cousins of the Dwarrow, now extinct.

All in all, the Dwarrow of Pokhrazad are a mysterious people like all Dwarrow. Their culture is hidden, and their women never leave their halls. Women are guarded jealously, and they prefer this reclusive treatment. The Dwarrow of Pokhrazad used to often come into conflict with underground Dragons, and have become skilled in killing them. The defeat of Scatha the Champion of the Chromatics is the most famed success of the Pokhrazadi. That Dragon slew many Dwarrow, but eventually he was routed and pushed beyond the Bronze Gates and was never seen again.

The Dwarrow of Pokhrazad are gruff and tenacious. They are more quiet and dour than other Dwarrow peoples — for they have lived through much suffering. Their Greengrot ale is a racial secret, as is their language. Yet they still maintain their individual pride, especially over handiworks. Often a Dwarf of Pokhrazad will introduce himself to foreigners with an addendum that they are the crafter of 'such and such a thing'.

The regular Pokhrazadi soldiers do not sing in battle. They are grim fighters. But there are special Heralds among them who sing and harp and keep the troops in line and in timely formation — they are highly esteemed. These Heralds ride on giant goats, which they stole from the Frost Giants and now herd across the southern Hile Dwarf Lands.

The Dwarrow of Pokhrazad are not the happiest of folk, but they are the sturdiest.

The Empire of Juraedon is the nominal overlord of their domain, but in truth, they are more like allies. The Dwarfs of Pokhrazad live mostly in the great halls of Pokhrazad. 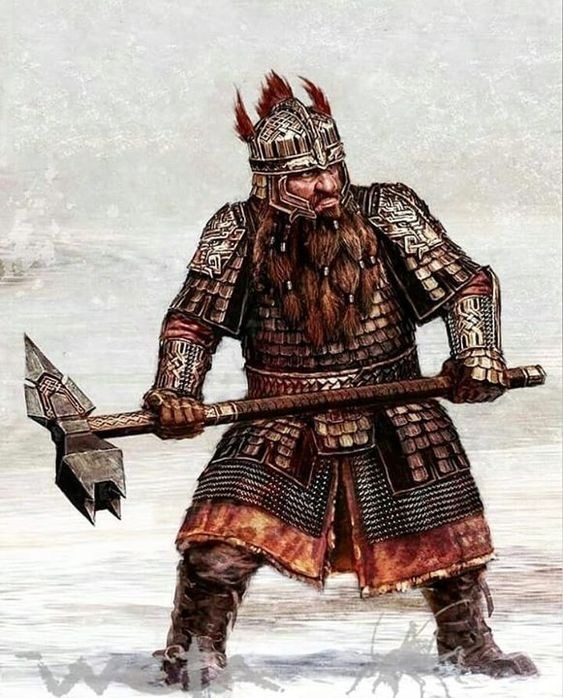 The Hidden City of the Dwarrow

Heralds and Harpers: You have proficiency with an instrument of your choice.

Stubborn and Fast in Friendship: If an allied creature is reduced to 0 hit points when within 5ft of you, you may expend a reaction to bolster them, and they will be reduced to 1 hit point instead. You can't use this feature again until you finish a long rest.

Histories Carved for 10,000 Leagues: Whenever you make an Intelligence (History) check related to the Dwarrow, you can add twice your proficiency bonus, instead of the proficiency bonus you would normally apply.

Languages. You can speak, read, and write Common (Juraedon) and Dwarrowish (Local Dialect: Pokhrazad). Pokhrazad is a secret tongue that all Pokhrazadi are loathe to spread. It is only ever spoken softly, but carries a great distance. Its sound is as the trill of water rushing downwards over stones; or as the echo of a harp string being plucked over wide chasms.