The first among the many vampire lords of Lower Huraedon. He is the first vampire to have come out of the Blood Wars, having given up his soul to an earth spirit so that he could cut a piece out of the nation of the Kingdom of Vulga. He is, like his kin, a plague which is difficult to curtail. An emperor's ransom is placed on this vilest of vampires. A man who not only believes he is evil but relishes in the fact.

His castle is nearly impossible to find, as it is shrouded in enchantments and mist. This vampire lord doesn't care for ruling, and would rather hunt peasants down, and then take the most beautiful of them for his harem - men and women alike.

The Vulga is dark under the constant bickering of the vampire counts. It is only through the might of the three strongmen of the vampire hierarchy - Lady Stearne, Elvira, and the Dread Lord Cruzinear - that the whole lot don't kill each other. But the Emperor Aelmourne shudders in the thought that someday, these monsters would unite under one banner, and march as one terrible force. 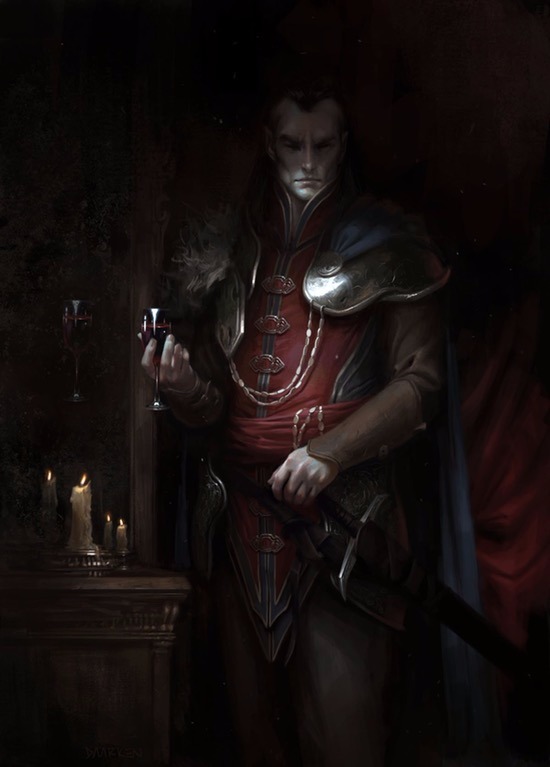