The First Among Lords Aelmourne Gral

The Emperor from the East. The Emperor of The Glorious and Eternal Empire of Juraedon. Although he looks much like a person from Seinis or Juraedon Proper, his sapphire eyes give away his barbarian heritage. He is aloof and rarely comes outside the palace grounds.

He is brother to Felmourne, although the two do not particularly look alike. He was also once a great warrior, but as time has passed so has his skill.

His ascension did not arise from his own desires or goals. Rather, it was the high nobility of the Empire who, after the last Emperor passed and had no heir, decided to call on the great Gral of the East, first to unite the barbarian tribes, to become their new Emperor and so, with one move, integrate the plains that had threatened Juraedon for so long.

Aelmourne could only accept. Not only would his own people become rich beyond reckoning, but his dearest brother begged him to take the imperial crown so that, at last, there would be peace on the eastern front for his native country.

So Aelmourne did. The great horseman of the plains of Uulsan Torall followed their Gral and became lords, the shepherds became merchants, and the barbarian became emperor. At last, the hordes of the east had settled and all seemed to be well.

But the Naharaim were unhappy.

The tribes of Uulsan were their buffer to the West. Not only that, but the Naharaim claimed settlements in the land of Uulsan Torall. Aelmourne claimed he had conquered them, and indeed he had taken them over, but the Elves didn't recognize his claim of rulership and merely supposed that, when the Gral died, so would his hold on their cities and nothing had to be done.

But when the Empire decided to take these cities for their own after Aelmourne took the crown, the Naharaim couldn't stand by, and they declared war with a devastating assault on Volk. Eventually, through magical means, the Naharaim were pushed back to what is now the Eastern Front, and one of the bloodiest wars in Juraedon's history began.

The people of Juraedon, especially those farthest from the capital, do not have a high opinion of the Emperor, considering him an outsider that pulled them into a jingoistic war. They think him bloodthirsty. His image is not helped by his aloofness, or the fact that his head of the guard, Premier Guard Hulag, is an Orc.

But Aelmourne doesn't care. He will rule this vast empire, but not for himself. He does it for his people, and their future. 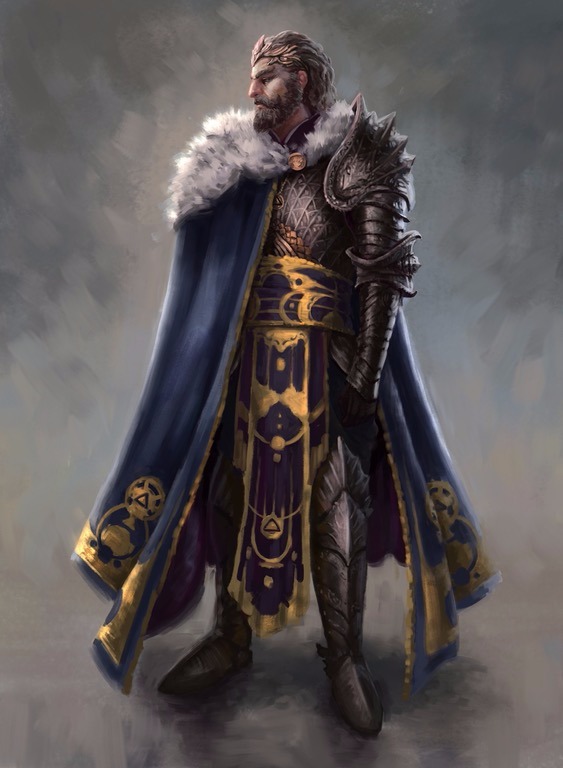