The Emperor from the East, with an Orc for chief guard. An outsider guarded by an outcast. Whatever you say of Hulag, he is a vicious fighter. The Emperor and Hulag seem to be friends in some way; perhaps they knew each other before Aelmourne was crowned. But while the Emperor has given up his ways of war, Hulag has not. He is one of the strongest fighters in the Empire.

Nevertheless, he knows his limits and keeps a watchful eye on Simon, the Court Wizard and the most powerful Mage in the West. He also commands an elite guard, though none can stand individually up to him.

He station grants him the best of magical items, so it would be unwise to approach him uncautious. 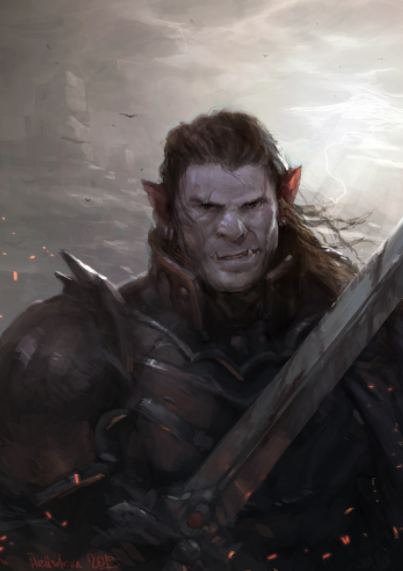