Volk is the Holy City. It is the place where Ioshua, Tevil, and Maldir first descended. The city is filled with the construction of many different races and cultures. It is a beautiful walled city and is one of the oldest cities of Man.

It is situated along the Oloo River, which sources from Mirrormere. The city of Volk lies on the northern prairie of Uulsan Torall, and its clime is temperate and relatively cool and dry. Freshwater is not abundant until the end of the winter season, when the seasonal snows melt and swell the rivers of Uulsan Torall, leading to mass floodings.

There are yearly pilgrimages to this city, but the roads, though patrolled, are not very safe from banditry. The Knights of Volk try their best to defend the pilgrims, but there is too much ground to cover. 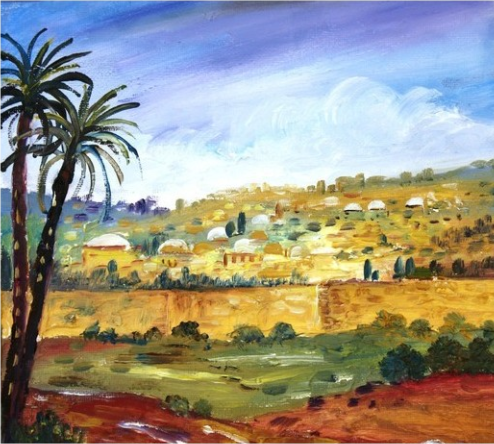