Located amongst the high peaks of the Eira-Gwyn Mountains, the Union of Mishtoon almost entirely straddles Turoza, and its mountainous territory acts as the dividing line between the north and south of the continent. Indeed, it was the founding of the Union of Mishtoon that is widely credited as being the catalyst for the end of the Nomadic Era, and the beginning of the current Settlement Era. By cutting off free movement of the tribal peoples in both the north and south, the creation of the Union essentially forced the other nation states into existence, as almost all the nomadic tribes had to settle permanently and create their own resource bases, rather than moving between easily accessible resources. It is unclear why the Dwarven Clans decided to settle on mass, but the recurring joke told throughout Mishtoon is that they were all tired of walking.   Mishtoon’s position in the Eira-Gwyn Mountains, and its control over the three passes that act as the only easily navigable north-south routes through the mountains, has given it a dominant stake in the land trading routes that move across Turoza. This control has been weakened substantially since the emergence of the Republic of Castar and the Emirate of Taqwal; whose large merchant navy fleets completely bypass the trading routes on land, and Mishtoon has maintains a polite, but frosty relationship with both nations. However, Mishtoon never set it up to be a nation solely based on the passage of goods, but they are instead a huge manufacturer of crafts of all kinds: artisanal, military and economic, which are fed into the land trade routes, and now directly into the sea bourn routes.   Unlike the other nations of Turoza, one could easily believe that the territory that made up the Union of Mishtoon was uninhabited. This is because the Dwarves of Mishtoon predominantly build their settlements within the mountain peaks themselves, rather than on the mountains or in the mountain valleys. This is principally because of the difficulty of building anything larger than a log cabin in the Eira-Gwyn Mountains, whose steep slopes, abundance of snow and dense pine forests make finding a relatively large piece of flat land almost impossible. What little flat land there is surrounding the mountain strongholds is given over almost exclusively to farming, but the lack of available arable land has meant that the people of Mishtoon have made great advances in the cultivation of edible fungi, lichen, mosses and a select group of other hardy plants they can grow for food underground under magically sourced light. Rhubarb, for instance is a particularly popular crop, and is incorporated into most Mishtoonian dishes. Each town and city in Mishtoon is the seat of a particular Clan, though Dwarves from other Clans can and do live in another Clans seat settlement. Only the capital, Ebenbirn, is not the ancestral seat of a Clan, and is instead viewed as a neutral city for the benefit of all of Mishtoon’s residents. All of the settlements in Mishtoon are linked by an underground road networked, painstakingly carved out of the mountain rock over generations. This network vastly increases the speed with which one can travel between the settlements, and also provides Mishtoon with a completely enclosed road network that is easily defendable from surface incursions. This means that very few of the Union’s towns or cities are actually accessible via the few surface roads that cut through the Eira-Gwyn Mountains, and these settlements are incredibly well defended. To access any more of Mishtoon, including the capital a potential visitor either has to be invited in by the Dwarves themselves, or be prepared for a long and bloody war of attrition.

Mishtoon functions as a federation of sorts, with each of the Dwarven Clans sending a representative to the capital, Ebenbirn to sit on the Union Council, which deliberates on laws and policies directly with the monarch. Non-Dwarven residents of the Union are represented by a single seat on the Union Council, regardless of where they reside, and it is up to the non-Dwarven residents to decide amongst themselves who will represent their interests. This often means that several individuals will turn up to the first Union Council meeting each year, and will have to debate amongst themselves which of them will actually take up the seat.   The Union of Mishtoon is governed by a High King or High Queen of the Clans, who rules from the royal seat in Ebenbirn. The monarch is the ultimate authority in Mishtoon, and they have the final say on all policy and diplomacy that is decided in the Union Council. However, it is a brave or foolhardy monarch who goes against the majority will of the Council, as the Clans can passively resist any major decisions that are forced upon them, especially if that relates to foreign conflict.   Uniquely in Mishtoon, the monarch’s position is not hereditary, and the next High King or Queen is instead decided through a trial of armed combat. When a ruling High King/Queen dies a national period of mourning of a month is declared, at the end of which the Funeral games are held immediately prior to the burial. At these funeral games, each Clan sends a representative to fight for the crown in a tournament of one-on-one combat. The victor of the tournament is declared the next High King/Queen, with the fallen Clan champions being buried alongside the deceased monarch as their Honour Guard. Due to the ferocious nature of this system, there have been several instances of the newly crowned High King/Queen dying of the wounds sustained in the tournament, within days or weeks of being crowned. As a rule, the Clans will always have a champion in constant training, just in case the ruling monarch dies, or is killed suddenly.   The Clans retain a significant amount of self-governance and power that they use to run their own affairs, and to steer the course of politics in the Union. The Clans can choose which conflicts to contribute troops and resources to; though all are obliged to fight in the defence of Union soil in the case of invasion, they can set their own tariffs for import and export, and they can make their own decisions with regards to the day-to-day running of their Clan seats. As political units, the Clans operate almost like monarchies in their own right. The eldest living member of the Clan is the known as the Prif, or Chief, and it is upon their decision that the Clan is run. Each Clan has an assembly made up of the Clan elders, headed by the Prif.

The Union of Mishtoon has a thriving manufacturing economy which is based on the production of a variety of goods from their abundant resource base. The mountains of the Eira-Gwyn range are an abundant source of base metals such as iron, tin and copper that the Dwarves discovered as a by-product of excavating their underground settlements. Easy access to these resources means that Mishtoon produces a lot of metal work for export both military; completed weapons, armour, shield bosses, arrow & spear points and economic; farm and artisan tools, cart fittings lanterns etc. The Union also exports ingots of these metals to be traded and crafted abroad. Deep deposits of fine clay are found in the Eira-Gwyn Mountains on the base of river valleys cut into the mountains. This clay has allowed the Dwarves to also specialise in the production of fine ceramics, decorated with a variety of multi-coloured glazes, with each Clan that produces ceramics having their own distinctive patterns of decoration. The dense evergreen forests that blanket the mountain sides have also led to the Union of Mishtoon investing heavily in the production of wooden crafts, from artisan furniture to reinforced doors. There are also some obsidian deposits that are mined along the lava flow of Tân Peak, an active volcano in the east of the Eira-Gwyn Mountains.   Two things that the Union definitely lacks are access to arable crops, with suitable land being very limited, and precious metals. Despite their glut of base metals, the Eira-Gwyn Mountains have only two, very small gold deposits, both of which have virtually been mined out of existence. Few precious gems are found in the mountains either, with the majority used in Mishtoonian decorative arts coming from the Sultanate of Fashaddon. Large quantities of barley are imported into Mishtoon to allow for the production of beer, which is consumed in vast quantities in the Union.

The Union of Mishtoon is predominantly a nation of Dwarves, with each settlement in the Union being the home base of a Clan. A Clan is in essence an extended family of Dwarves who are all related to each other, some more distantly than others. Each of these Clans are made up of the descendants of the Dwarven tribes that originally settled in the area of Mishtoon at the beginning of the Settlement Era. Because of the federal system that has been in existence since the founding of the Union, the Dwarves of Mishtoon have a very strong sense of loyalty to their Clans, and Dwarves that move away from the Union will often retain their loyalty to Clan above all other adopted loyalties. This means that for the other nations of Turoza, negotiations and diplomacy with the Union of Mishtoon has to be conducted very carefully, as a souring of international relations could see a rise in discontent amongst their resident Dwarven population. Indeed, it is not infrequently recorded that Dwarves who originated from one of Mishtoon’s Clans have refused to fight, and have even returned to the Union to defend their ancestral homelands against the nation that they had emigrated to and hitherto been happily living and working in.   Other species do reside in the Union of Mishtoon, but because of the majority Dwarven population, the rest of the resident population is mostly made up of Halflings and Gnomes, who are not inconvenienced by the architecture of the Mishtoon’s towns and cities, which were built with Dwarven sizes and builds in mind. The grand lofty halls of Ebenbirn, however, do have small enclaves of Human and Elvish residents, but on the whole any individual over 5ft in height is an unusual sight in the Union.

Each of the Clans of Mishtoon maintains a militia made up of their own Clan members, and this militia can be committed to fight in the defence of the Union’s lands, or in foreign conflicts, should the Clan’s Prif agree to this. Although they are referred to as ‘militias’, these forces are in fact made up of incredibly well equipped and disciplined troops, who train at least twice a week in addition to maintaining their own additional livelihoods. The capital, Ebenbirn has its own dedicated defence force, the Royal Guard, who forsake any claims or ties to their own Clans to serve and protect the capital and the person of the High King/Queen. 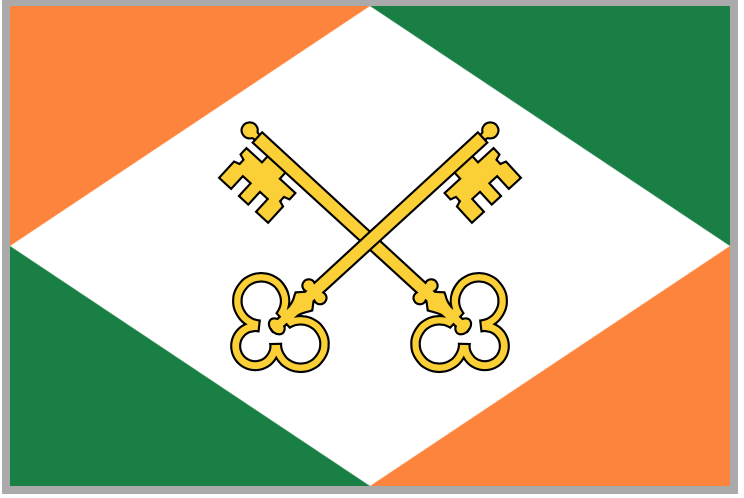