As the savannah plains of the ‘free states’ become dryer and dryer, the Sonsuz Desert begins and so does the Sultanate of Fashaddon. The Sultanate is the largest Kingdom in the continent of Turoza, and the Sonsuz Desert takes up the entirety of its territory. Indeed, ever since the beginning of the Settlement Era, the Fashaddonites have used the borders of the desert as a natural form of defence, trusting that any invading force would perish amongst the desolate sands long before they managed to get close to any major centre of settlement.   Due to the specialist knowledge required to live in the Sonsuz Desert, there was relatively little strife that accompanied the formation of Fashaddon compared to other nations. The largest and most well equipped group of peoples who came to Sonsuz in the early Settlement Era, the Fashaddonites quickly seized control of the major water sources, and the other tribes who would have opposed them, quickly conceded and became subject, rather than face death. It is after the Fashaddonites that the Sultanate is named, and the current Sultan Mutasim I is a direct descendent of the first Sultan, Yigithan the life giver.   Being a desert kingdom means that water is prized in Fashaddon above all other things. Every city, town or village in Fashaddon was founded around an oasis in the desert, and these oases are heavily guarded, and are often surrounded by fortifications to ensure that only those that the Sultan permits to drink can drink. Not only do the oases allow people to drink, but the larger oases also enable the growing of crops and the rearing of animals that is otherwise impossible in the desert. This, naturally, begins to cause problems when settlements begin to outgrow the population that their oasis can support, and effected communities often experience periods of exodus when such an event occurs. One of the most important national projects in the Sultanate is the carrying of water from the plentiful springs of the Kubra Mountains, deep in the heart of the desert, to the major population centres, and especially the capital, Vaháyer. An ingenious system of enclosed aqueducts, designed by the nationally revered gnomish architect, Melis Tarcan, stretches across the desert, and the Tarcan aqueduct has its own dedicated defence force to protect it from marauding bandits and creatures of the desert.   Much of the Sultanate is actually unexplored, as those who stray away from the known oases, and the system of highways that connects them, tend to never be seen again. As part of the Sultan’s army, the Sultanate maintains the Exploration Corps, who are charged with the exploration of the Sonsuz Desert, to locate new water sources, and ensure that they have not been found already by the numerous groups of desert bandits that also call the desert home. Water is power in Fashaddon, and the Sultans have always wished to monopolise this most valuable of commodities.

The Sultanate of Fashaddon is an absolute monarchy, with the Sultan being the ultimate authority on all aspects of life. Below the Sultan are four Grand Viziers, each covering the organisation of four different aspects of the Sultanate’s administration: Defence, Foreign Relations, Water Provision, and Finance. All areas of administration are organised under each of these Grand Viziers, where a veritable army of Viziers and Lesser Viziers (the equivalent of a low ranking civil servant) manage the day-to-day running of the Sultanate.

With available agricultural land being heavily constrained in Fashaddon, the Sultanate depends heavily on imports of agricultural products from the other Kingdoms in Turoza. Fortunately, for the Sultanate, the desert sands and interior mountains are full or rich mineral resources, in particular precious gems, which can be traded abroad for necessary produce. A number of large salt flats also provide a valuable source of income, as salt is a high value commodity across Turoza, especially in Kingdoms such as Kjornsholm that rely on imports of salt to preserve food stocks. In addition, the Sultanate has an incredibly large fishing fleet based out of Denizyer on the southern coast, positioned to take advantage of the rich coastal waters of the Safir Sea. The majority of the fish landed by the fleet are salt-cured and shipped to the various settlements throughout the Sultanate to increase the amount of available food.

The major defining feature of the population of the Sultanate is the large number of Half-Orcs that live there. This large proportion of Half-Orcs stems back to the founding of the Sultanate itself, as over 60% of the original members of the Fashaddonite Tribe were Half-Orcs themselves, including the first Sultan, Yigithan the life giver. The natural hardiness of Half-Orcs makes it much easier for them to adapt to the harsh lifestyle of the desert, but the high proportion of Half-Orcs amongst the Fashaddonites has been the subject of myth and speculation in the Sultanate ever since its foundation. One such myth is that during the Nomadic Era, in a time of extreme drought where most of the oases along the tribal migration routes had dried up, the Fashaddonites and a tribe of Orcs settled together at one particular oasis, until conditions improved. Rather than fighting one another for control of the water, the two groups, weakened by the drought instead struck up rather cordial relations, allowing one thing to lead to another…. In any case, the Half-Orc heritage of the current Sultan is plain for all to see.   Aside from the large population of Half-Orcs, the population of the Sultanate is made up of Humans, Halflings and Gnomes. Few Elves or Dwarves live in the Sultanate, naturally preferring the cooler climates of the north, though individuals can still be found here and there amongst the populace.   There are three distinct classes in the Sultanate, each of which is linked to Fashaddon’s taxation system, and the class that you belong to defines how much tax you are expected to pay to the Sultan, regardless of how lucrative an individual’s livelihood is:   Merchants, Traders and Landowners Class: This class covers all those who either trade for a living, or who own assets that they get other people to work in, such as large farming estates or mines. This class pays the most tax out of any, which often means that many small-scale merchants, who would otherwise have to pay an exorbitant amount of tax compared to their actual profits, register themselves as mercantile labourers of a wealthy patron. This means that in exchange for paying their patron a tithe of their profits, they are able to pay tax as a member of the Labouring Class. This is technically illegal, but is generally overlooked by the authorities.   Soldiers and Administrators Class: This class covers all those who are directly employed by the Sultan to either run or protect the Sultanate. In exchange for dedicating themselves to a lifetime of service to the Sultan, its members are taxed less than the Merchants, Traders and Landowners class, and receive a reasonable wage and a pensionable retirement fund after having served for 40 years. Entry to this class is limited to those who can pass the rigorous physical entry test, for the armed forces, or intelligence test, for the Administrative Service.   Labouring Class: This is the lowest social class in Fashaddon, and covers all those who work in agriculture, in industry or any other profession that is not legally covered by the other two classes. This class has to pay the least amount of tax, but they are also heavily subject to the whims of their employers, who can get rid of those working for them with little or no warning, and no reason. The Sultanate, in a bid to reduce the ‘appeal of vagrantism’ does not recognise unemployment as a legal status, so those who are unable to work, or who have lost their jobs in the Labouring Class are still taxed as if they were working. Penalties for non-payment can range from forced labour to imprisonment.

The Sultanate maintains a large standing army, with garrisons positioned at every known oasis in the kingdom. Not only are these garrisons charged with the defence of the water sources, they are also responsible for patrolling and protecting the highways through the desert, vital for the transport of goods to and from Fashaddon. The Sultan’s army also includes the Tarcan Corps, used exclusively for the protection of the aqueduct system, and who are only called away for general military duties in the most dire of situations, and the Exploration Corps. The Exploration Corps’ main remit is to discover previously unknown, or uncharted oases in the Sonsuz Desert, and to locate new resources that could be exploited for the good of the Sultanate. 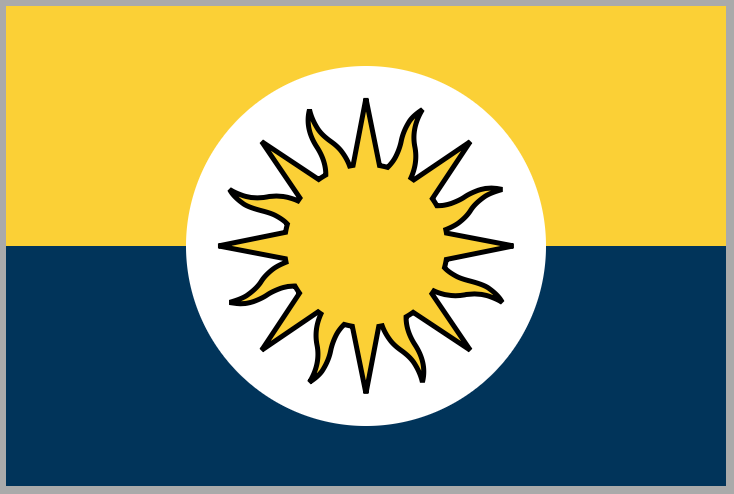