Vreslo makes a special type of hot-air balloons. They are created with the basic framework of standard hot air balloons, but include a lightning-powered engine that allows them to go faster, while staying in the air with wind magic. 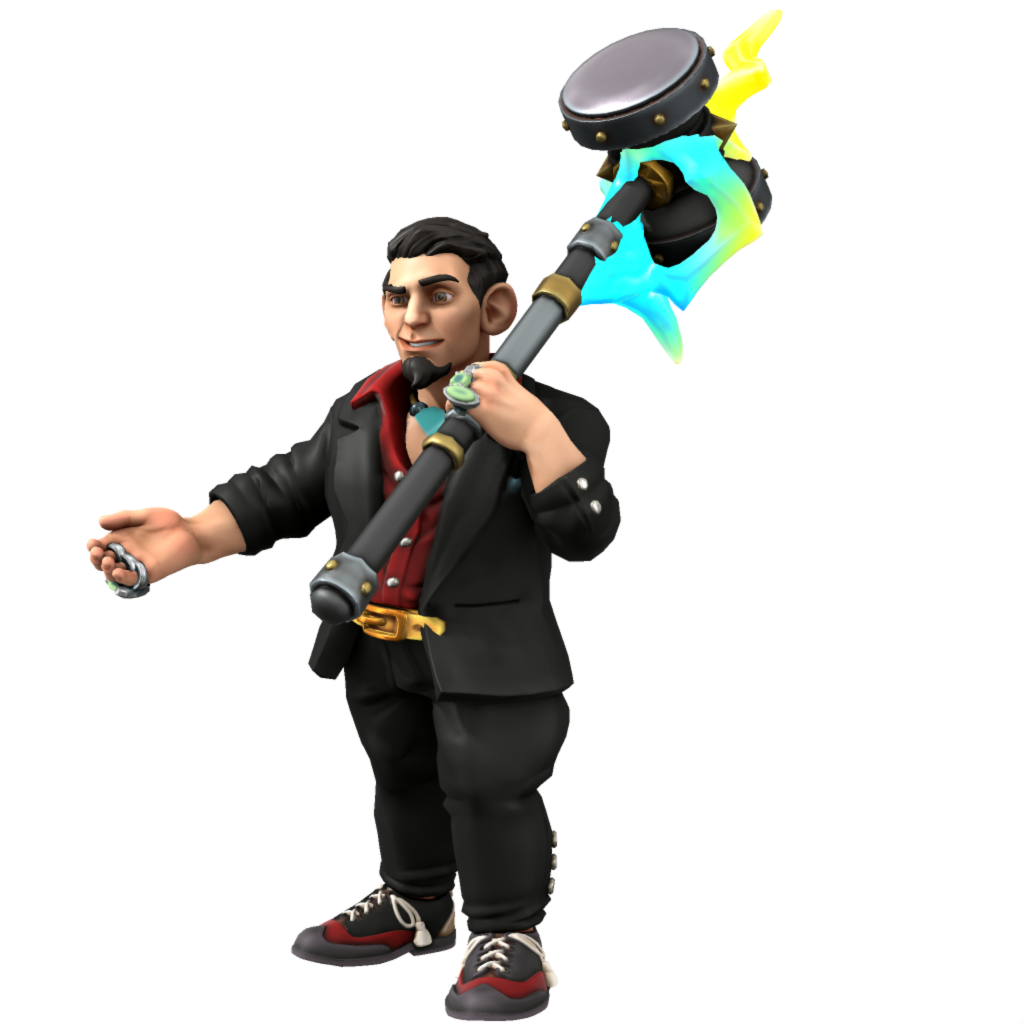 Schmeelon Cunkuck by andreaspsillos4
Schmeelon worked together with Halfling inventors to create the enchanted technology necessary for this to work, and has since been able to mass-produce it.

Based in Landheim, an Eastern Dwarven city atop a mountain, all Vreslo Hot-Air Balloons are made there, and most still stay there. They are expensive to buy, but are known as much more efficient methods of travel.   Some rich people own them, but it is much more often that the people with the money will rent a trip form Schmeelon to go somewhere they need to go.

Vreslo is run by Schmeelon, who makes all business decisions for the company. It is part of Schmeelon's Business Empire, which features various businesses run by him.   These other businesses include NewRoArm, short for New Robotic Armament, which creates prosthetics and weapons. Another business in the Empire is the Minor Company, which has a bunch of young Dwarven geniuses creating new methods to mine the traditional Dwarven resources, as Schmeelon wants to prove himself useful to Dwarves again. It is also believed that Schmeelon has plans to go to space, but he has denied these rumors. Many close to Schmeelon still report he speaks of wishing to visit the Goddess Sehanine on the Moon.

Likmonris Vreslo is a famed ancient Dragonborn, believed to have been the first person on Totania to get Impossible Magic. This means he was the first mage to have more than one magical affinity, both wind and lightning.   Vreslo graduated the Magic College in -749. After graduating as valedictorian, he was called an anomaly, and many even denied his existence and discovery of a new form of magic. He dedicated his life to proving his findings. Despite this, he died without anyone approving his theory, as the second Grand Wizard Tobor Tuldad refused to listen to his hypotheses.   Schmeelon Cunkuck, however, admired Vreslo, and named his company after the magical pioneer as his hot air balloons utilize both wind and lightning and are inspired heavily be Likmonris's findings. Cunkuck wants Vreslo's discoveries to be widely recognized as true, and for Vreslo to be immortalized as a genius and not as a crazy man.

"Flying high? There is no greater height than Vreslo."

Remove these ads. Join the Worldbuilders Guild
Many Dwarven businessmen have tried to claim that Schmeelon is attempting to monopolize multiple industries at once, but due to the fact that they are technically separate businesses and have not (yet) achieved monopoly, there is nothing that can be done. 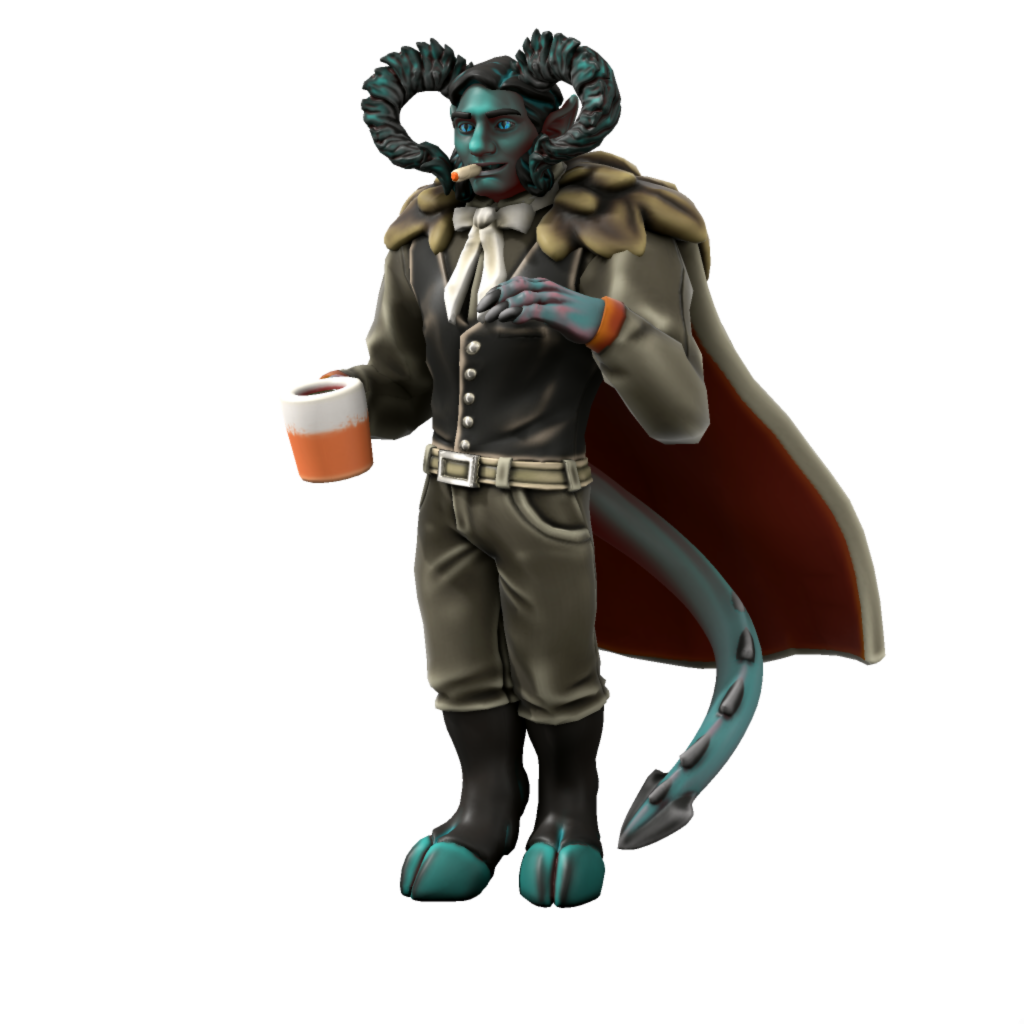 Ambition by Jarhed
Little do Dwarven legislators know, the companies are all run the same way. A group of investors (mostly Humans, some Kenku and even a few Devils and Elves) run the companies with Schmeelon at the helm. Most of these investors are the same, though the Devil Ambition does not invest in NewRoArm the same way he supports the others, as he believes in simply replacing workers rather than giving them new limbs. He has even offered Schmeelon some of his Pencil-Pushing Pups, but Schmeelon has declined.

Vreslo hires workers from all over to help them. A large portion of their manpower comes from unemployed Halflings, Gnomes, and Dragonborn who are looking for a use for their inventing, enchanting, or magical skills that they cannot use anywhere else.   Schmeelon is known to pay a mediocre salary but gives small enough stock options that distracts the workers from the fact that they are clearly being mistreated by Vreslo. They get few breaks and long work hours. Ambition has called the conditions "Similar to Hell." Against many expectations, he said this as a compliment to Schmeelon's work environment.

Vreslo was founded by Schmeelon Cunkuck while he attended Ironforge University. One of the few Halfling students that worked with him, Wileon Nimblemane, co-founded the company with him, and still has one of the largest shares in the company (after Schmeelon and Ambition). He is still overseeing development of the new Hot Air Balloons Schmeelon pumps out every year, but rumors say Wileon is also in charge of making Schmeelon's space dreams come true, and say that Wileon's secrecy is part of SehanX. Wileon denies these rumors and tries to pilot some flights of Vreslo to show that he is totally not working on that.

There was immense controversy in Dwarven territory over giving funding to Vreslo. After all, Schmeelon was exiled for his Human-like practices, yet they still provide him housing, funds, and protection via the Violet Vipers squad of the Dwarven Army. 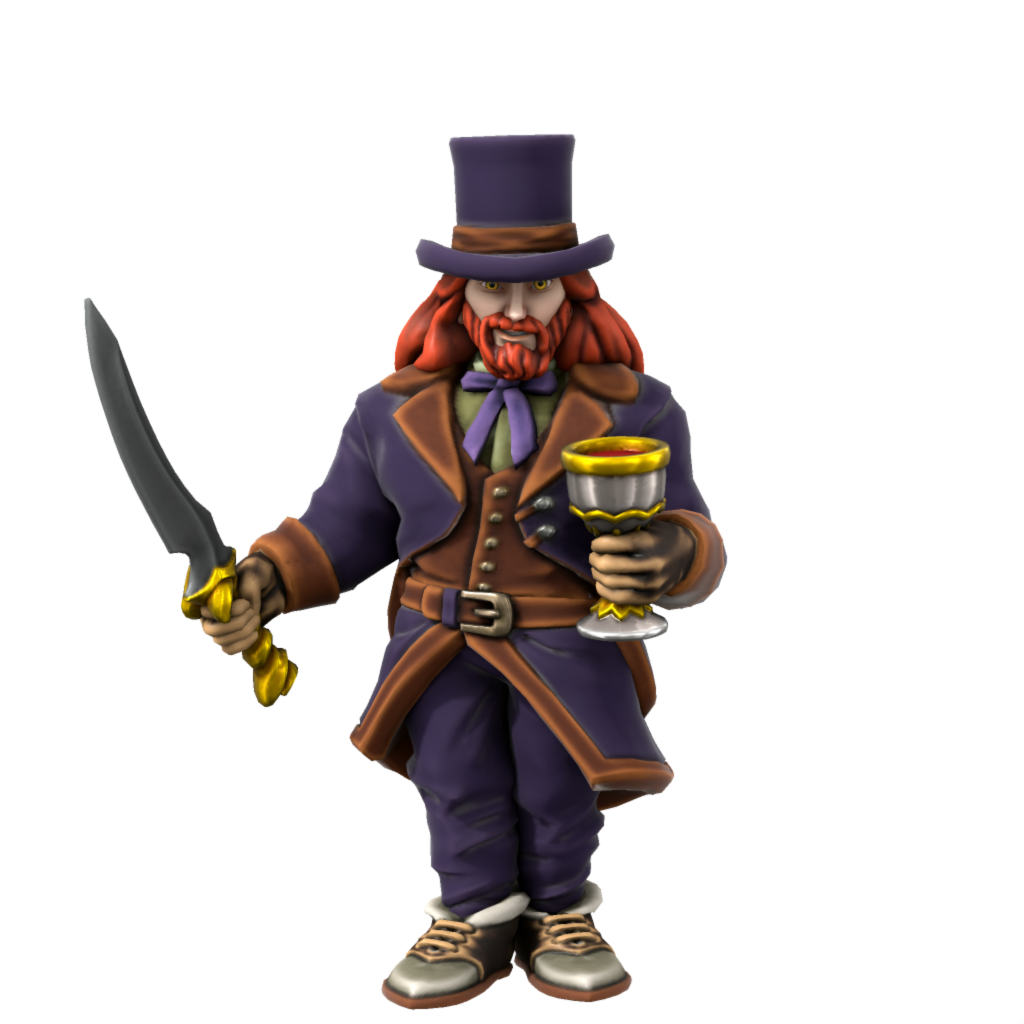 Grammir by Jarhed
When approached about it, Dwarven General Grammir swore that it was for the benefit of Dwarven society, saying that if Dwarven business succeeds then the Dwarven economy succeeds. He said that the poor Dwarves only need to wait for the money to simply fall down from the rich into their pockets, and then proceeded to sip wine from a golden cup the size of a Human baby while sitting in a lavish mansion.

Vreslo also has bad business practice when it comes to other businesses. A rival company called "BalloonMax" attempted to pop up with hot air balloons in the Jihdi Kingdom, but was plagued by various methods of corporate sabotage. First, Schmeelon attempted to sue them, but was told that he could not claim copyright over such a massive product.   Next, BalloonMax found that their product would begin deflating much faster than usually and, more critically, faster than Vreslo balloons. This was found to be because their balloons somehow always had small, pinsized holes, poked through them to let the air out. Signs pointed to Vreslo being the cause of this, but no evidence was found.   There was also an attempt by Dwarven carriage maker Beardwagon to upgrade to the much more convenient Hot Air Balloons, but Vreslo marketing so quickly made their efforts seem to be theft and an attempt to keep up with times that were leaving them behind that they had no choice but to scrap their plans and stick to carriages.