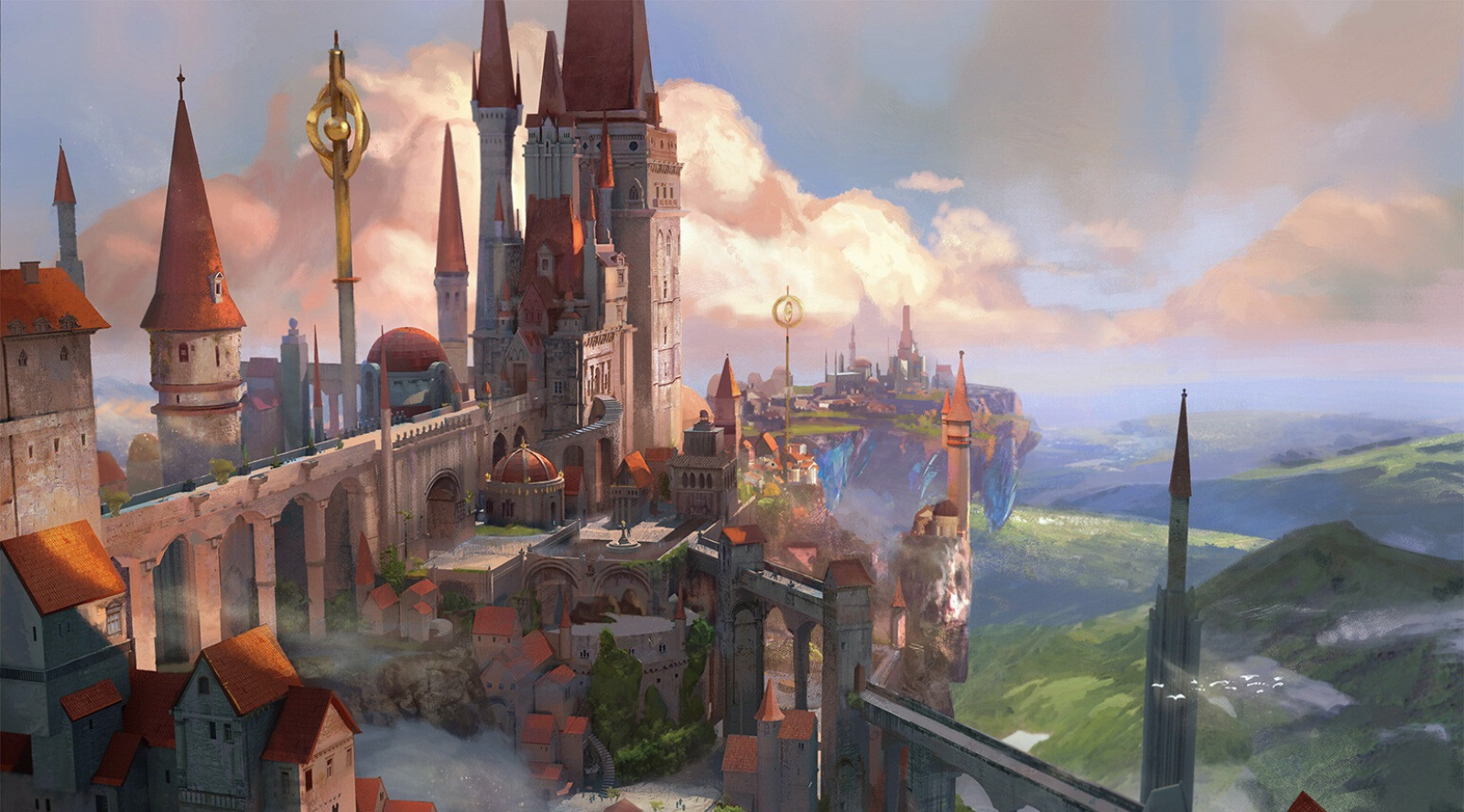 Toriel    Realms    Ancient Realms      Orrin Empire
The Orrin empire was an important empire before the Great Extinction. the largest Human empire and country before the extinction, Orrin was a force to be reckoned with and an influential power in the geopolitical space.

The Orrin empire was only to be governed by humans, despite the multitude of races that existed, the first people of the empire believed that the empire was created by a human, and that it was only right for one to rule them. Orrin's emperor held a very important place in the empire, as well as dragons.

This civilization lived in a very different time than ours, before dragons were feared and hated as they are today. On the contrary, dragons were full-fledged members of this civilization, and often important ones. Humanoids worshipped dragons, these absolutely powerful beings, offering them protection and knowledge in exchange for their worship, and in exchange for their offerings, a mutually beneficial relationship was in place between the dragon subspecies that enjoyed human contact, and the humanoids that worshipped them.   Dragons, even if refused the title of emperor, were worshiped, and revered as wise advisors, each emperors were known to receive the advice of at least one Dragon.   During the emperor's funeral, cremation was practicied in the tradition of the ancesotrs, their funeral pyres were lit with dragonflame.   In the present day, when these majestic creatures are extinct, it is difficult to imagine a time when dragons were common, roaming the skies freely. Some subspecies were of course more hostile to humanoids, but lived in more isolated places, avoiding conflict. In addition, it is important to note that dragons are immortal creatures and have a very slow growth. Thus, dragons at that time were not all as ancient and powerful as today, and therefore not as gigantic.

Achille god of governance, was the first to unite mankind, seeding the idea of a large scale human union. He was also the first rler of mankind before becoming e hero-god. The acolyte, questioning the god, had learn of his life, and of the origin of the Orrin civilization. The man, united by Achille against a common threat during the War of the Ancients, later becoming the first emperor of the newly created human empire.

It is sure that the Orrin civilization was very advanced, whether from a magical or scientific point of view, for example, skeletons of what could be considered Warforged were found in one of the few explored ruins. Due to this incredible mastery of Magic of this ancient civilization, some tend to believe that they mastered perhaps spells of that we don't even know about nowadays, like 10th level spell, nevertheless, this theory is not the subject of a consensus among the scientific community.   Many spells used today, and constituting the solid bases of the most common magics, have been reconstructed from extracts found in excavation sites, the walls covered with runes explaining the handling of the Weave. Similarly, some monstrosities that now populate the land are artificial creations (notably the manticores). We think that these creations were experiments of the Orrin, freed after the disaster, they became wild, reproduced and constituted new species.   This great scientific and magic evolution is mainly dated after the Nexus Overflow in 3048 BD, the incident allowing an easier access to magic.

Nevertheless, it is obvious that this civilization, succumbed to its greed, in a quest for ever-increasing power, something must have caused their downfall, much more than just their deaths, it created a disaster such as this one to entirely change the face of this world for the millennia to come.   Theories as to the exact experience that caused their demise are numerous. Was it an attempt to transform a wizard into a celestial power? Or perhaps the creation of a philosopher's stone, having consumed the souls of living beings for its creation? Whatever the exact experiment, it caused the destruction of the world as it existed. Humanoids no longer ruled the land, in fact, few mortal races survived, only vile creatures, strong enough to resist, could survive, the land becoming wilder and more hostile than ever.   In the midst of all these monsters of power, 2 species have managed to pull their weight. Having survived the great extinction, the dragons and giants began to become the new rulers of these lands.

Numerous ruins do the land of Toriel, those are the traces of ancient civilizations, one of which, the Orrin civilization was the empire of the humans. All traces of this civilization date from before the great extinction, and we can thus estimate that it was there before this one. Additional research has tended to show this civilization was the source of the great extinction.   These traces are mainly composed of ancient ruins, buried, trapped, and difficult to access, very few of these ruins have been explored, and texts dealing with the subject are rare because of the obvious lack of information. The oral traditions of certain cultures have allowed historians to learn more, but unfortunately, these sources cannot be considered reliable, whether it be the myth of the dwarves or the potential lies of the Yuan-ti.