The Fyrohii mountain range is comprised of many different hills and peaks with tunnels and caves. In Common Tongue it is called "The Flame-Height", which is an almost-literal translation from Foyiitùn. The range takes its name from the Fyrousii - twin volcanoes sitting just East of its centre.

The Fyrohii lie West of Bezélan and over the Ford of Lyth. It is almost one complete mass of mountains, save for The Pass of Lyth which cuts off the North-Eastern corner from the main range.

The key locations the Fyrohii borders are: 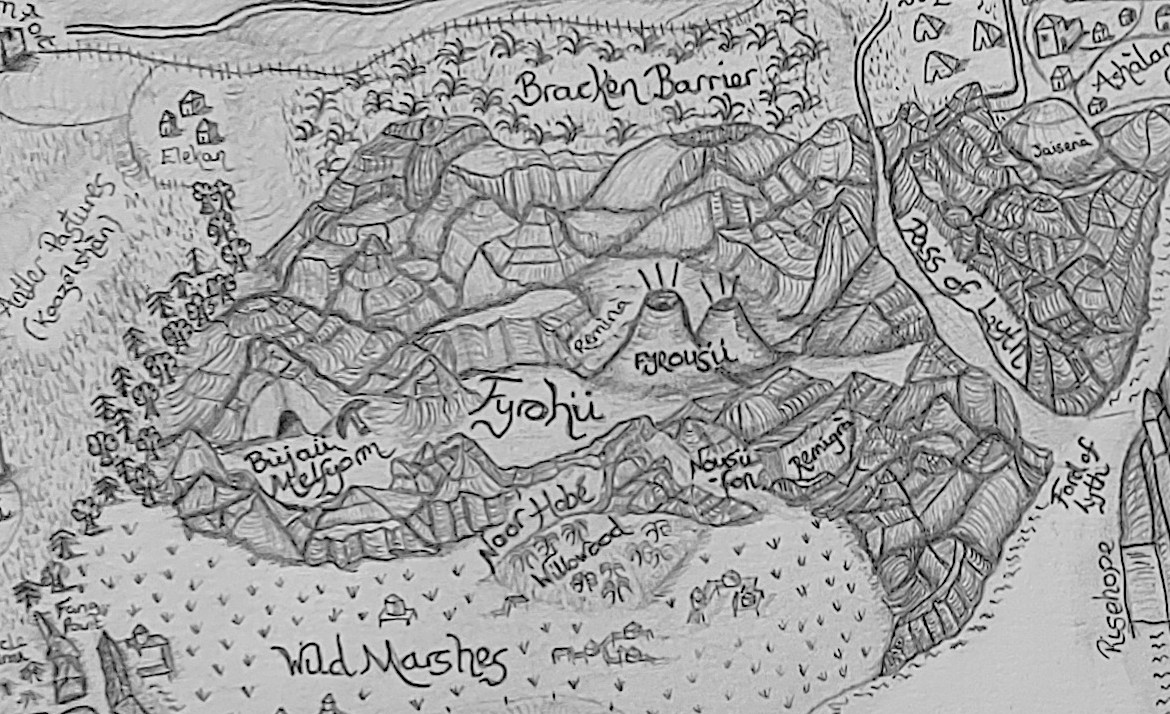 Carnael II of Qal'ath, though he has scouts and spies in the vicinity to monitor activity in and around the Fyrohii, rather than a clear Qalathian presence.   The Stags of Kaazélshàn only oppose Carnael's claim on the basis that Erdé itself rules there and no other nation or person should. This has led to no direct conflict between the Stags and Qal'ath upto and including AFD553.   Despite Qal'ath's claim, in reality, the whole range is wild and largely uninhabited.
^ Article Sections

While much of the mountain range is unsettled, maps of the area do highlight some key locations.
Fyrousii - Pass of Lyth - Bùjaii Melfyorm - Nousii-Fon - Réminà 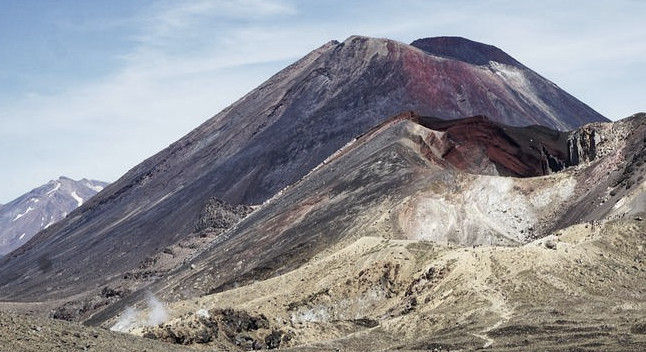 As mentioned, the Fyrousii are two volcanoes that have been dormant for centuries. However disquiet and distrust of them has not led to complacency - and even lone explorers are usually discouraged from going in because of them. That's not to say people did not enter them, but this was infrequent.
Fyrousii - Pass of Lyth - Bùjaii Melfyorm - Nousii-Fon - Réminà

The Pass of Lyth

The Pass of Lyth started at Yi-Elel on the Northern edge until the Ford of Lyth not far from Risehope Docks. An undulating and snake-like pass, its sheer sides seem to cut of anyone within from all life outside. Those that do survive the journey recount tales of horrific noises, and scuffles and others claim to hear voices either in the Pass, or in their minds. While these have not led to the traditional spirit- or waking-dead stories, nonetheless, the accounts given of survivors make it clear that there is a valid reason to fear going in there, even as a last resort.
Fyrousii - Pass of Lyth - Bùjaii Melfyorm - Nousii-Fon - Réminà

In the very South West a former True-Gold mine can be found. As with Silver any reference to Melfyorm (or True-Gold) within the scope of currencies (such as the Raimyor) do not infer the items are made literally of that material. As such, it is unknown whether Bújaii Melfyorm, located as it is within the Fyrohii, is a mine for True-Gold, or material that gives the impression of gold, such as Melfynà.   Scholars perusing this tome should not presume that "not True-Gold" (the Parànti translation of Melfynà) has little or no value, for as long as records exist, the market for Melfynà has always been profitable.

That said, the former gates to this particular Bùjaii have laid open for many years. This has led to two differences of opinion over its fate: either there is little left "down there" or the mine has become inhabited by creatures that drove the miners out. No recorded excursions into that mine exist post 495AFD.
Fyrousii - Pass of Lyth - Bùjaii Melfyorm - Nousii-Fon - Réminà

Only a smooth rockface exists now where, prior to the First Destruction waters flowed. The name literally means "The no-water waterfall".
Fyrousii - Pass of Lyth - Bùjaii Melfyorm - Nousii-Fon - Réminà

Named from the Foyiitùn verb "to fall" or "to trip", Réminà was a steep drop located just West of the Fyrousii volcanoes and has caused nearly as many sentient deaths as those by the wandering wildlife.
^ Article Sections

Much of the Fyrohii is barren, with the primary exception being the flat area at the base of the Fyrousii. There, a small plain has grown of wild grasses, flowers and the occasional shrub, thought to have been the result of the last time the Foyousii erupted.   Aside from this, even the best-prepared wanderer would be unlikely to have sufficient water for more than three days as no rivers or streams have been documented to date.

Chronicler's Note:
I am still attempting to ascertain this, but records of any reliability are hard to come by. While it has been mentioned that survivors of the Pass of Lyth are few, the same appears true of the Fyrohii in its entirety. Given the lack of vegetation, the miners of the Bùjaii would have had to eat something before they abandoned the mine.   Moreover, if (which is up for debate, I admit) there were 'sounds' outside the Pass, then something had to be making them. I will see if Shevezz or even Byantē have any details. Failing that, I may require the assistance of a Mage and a warrior or two to scout the Mountain Range.   All unexplored areas can teach us something, but we must survive the journey in order not to lose the knowledge gained!

Aside from the aforementioned Melfyorm (in whichever form it was), we are unsure as to the resources from inside the Fyrohii.

There are two key resources to be gained from the mountains at the edge of the Fyrohii: 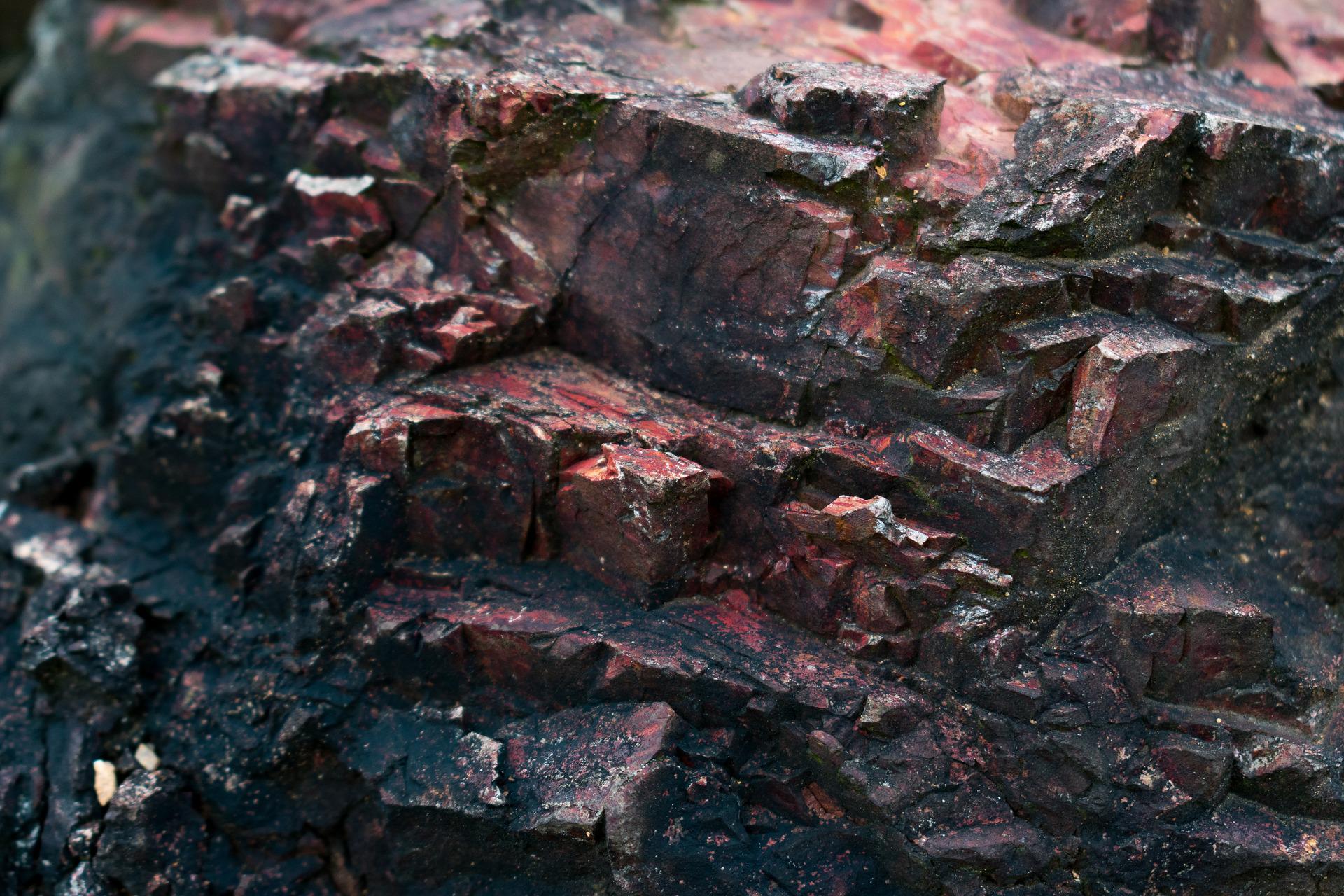 That said, Oestun Vyai was constructed from stone taken from the outermost mountain ranges and Elelupii miners seem to take regular trips to the Northern border. This is because of "Fire Stone" - a rock which is not brittle when cooled, but can be more easily shaped, sculpted and carved when heated.

Scorchsalve is the name of the plant and medicine both which can be used to reduce pain and scarring from burns. It can be gathered South of Nousii-Fon and North of Noor Hobé in the Wild Marshes, and is likely the result of the last volcanic eruption meeting the waters of the Marsh. While, no doubt, the area reeked at the time, later that same destructive power gave way to a medicine to counter its effects. Interestingly, Scorchsalve has blue petals, a colour usually associated with water or ice, which suggests Ousii and maybe Aevyen worked in tandem to develop life after the burns of Fyr, triggered by Erdé. It is only a theory, but is just a simple way of showing how well things can work if the Elements keep - or are kept - in balance.

Article Sections
On larger screens, over your cursor over the top item here to unfurl the full list.