Work in progress
Shirkania Aleksandrovna Yanaga, also known as "Baba Yanga" in honor to the folk-tales character, is a witch who appears in Seeking for the Lost Northern Stars. She lives in the city of Nodvragoda, place where she's beloved as a nice grandma, but not everyone know she's a witch.


Shirkania Alleksandrovna was born and raised in Nodvragoda to a witchy maternal family. She had learn pottery and other crafts alongise magic, allowing her to work in the city's market during her teenage and early adulthood. Working in the market she met Vladimir's parents and became pretty close to them over the pass of the time. She had known Vladimir and his brother Illya since they were babies.   While the Kuznetzov kids still babies, Shirkania decided to take a journey visiting several cities of the country in order to improve her magical skills and learning witchy secrets from other cultures. When she was staying in the capital, she met Ivan Ivanov, a magical carpet crafter who had a teen son named Nikolay. They began to be closer friends and Nikolay enjoyed a lot to spend time with her. Saddly, Ivan died in mysterious circumstances and she adopted Nikolay as her own children.   After returning to Nodvragoda with her son Nikolay, Vladimir and Illya's family tended to frequent her house, where she liked to organize fun activities for the kids as well as her son. Alongside they both, other children liked to be taken care of by her, however, the Kuznetzov family was enough close to her for seeing her performing magic naturally, since contrasting to other witches, she tended to be more reserved, but by the pass of the year she began to be more open about it.   Despite her wishes of not showing off too much her witchy skills, some people used to miscall her like the widely known witch from the fairy tales (Baba Yaga) because her lastname sounds similar to the name of the legendary witch. At the begining, Shirkania used to get upset at it, but later she began to tolerate it and even made up a nikname, shortening her family name for making it sound similar to "Yaga", so at the end she embraced this similarity and nowadays is mostly known as "Baba Yanga".   Her son Nikolay had a daughter named Malaika who adopted as surname Ivanov in honor to Ivan Ivanov, her biological grandpa.   When Ivar ascended to the throne, witches began to be controlled more, since their sorcery began to be considered a potential ignitor of subversion. Ironically, one of the things the Emperor wanted is to be the most powerful mortal sorcerer in the Kingdom.   During the events of the novel (in 1367), she lives with Malaika and meets Aliosha and Dylara


She is an smart woman, who likes a lot to read and write, specially books related to magic. Shirkania is a strong woman and pretty independient for her age and despite being calm most of the time, like any other person she can run off patience.   She has been pretty close to Vladimir and his family in the past, so they are some of the few people who know she's a witch.
Shirkania is pretty close to her granddaughter, Malaika, who currently lives with her and helps her with home related activities.   In fact she had always been very nice to children, making her a pretty known person in Nodvragoda, with the fame of a "sweet grandma". She is very critical towards Ivar's regime, but for preventing any kind of problem, she doesn't publicy her views. 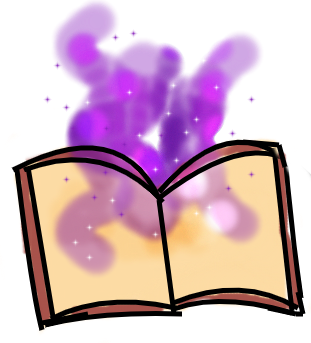 by Gege16
She had learnt how to use magic from her mother Xenia, who also was a witch, following the family tradition, but also travelled through Moskova in order to learn more skills and magic tricks. Among her abilities, she can use magical devices like Karat Penand Flying Carpet, write magical books, prepare potions for different purposes and communicate with spirits, as well as perfoming some spells.   However, her magic is not strong as the one of a Star since she's just a human. 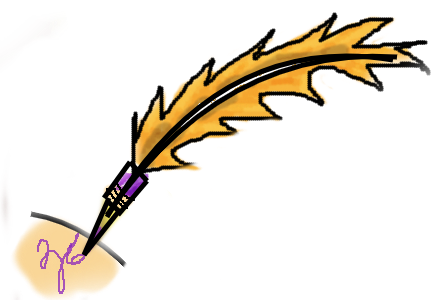 
She usually wears a brown, long tunic while wearing flat shoes on her feets. She usually has wears her hair braided and sometimes wears rings on her hands. During festive days she dresses in a more colorful and elegant way. 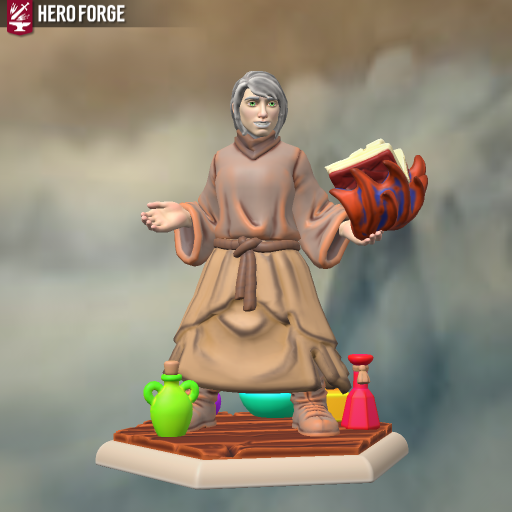 Ah! Vladimir's family knows her. That is a good detail.

Thank you so much Callyxtus!! :)

Thank you so much! And that's true, I haven't read many articles bout elders, but she's somewhat an important character of the novel so she deserved her own page. :)