I have heard much about Heaven, and I have decided not to go. If it's all the same to you, I'd rather stay with my dear kitties.
— dying woman to Death

The world is a hard place, filled with much darkness and despair. Wars and disasters shatter all veneers of bucolic fantasy lives; death steals away all thought of happiness. For most, these emotions - these twisted emotions, this shuddering depression - are temporary.   Not all are so lucky.   Mental health is, in fact, one of the largest unseen threats on Istralar. Yes, arcane magic may have led to the Worldrend. Yes, the shards are steadily walking the world closer to the brink of an unrecoverable apocalypse. Neither one - and no other disaster or event in the entirety of history - can hope to match up to the tragedy wrought by mental health conditions.   Depression steals the will to live; anxiety takes away the courage to function. Attention disorders steal all focus, whilst post-traumatic stress disorder plagues the lives of civilians and veterans both for years on end. The list is endless and ever-changing; the struggles faced by a human are different to those an elf must deal with, and the fight to stabilise minds has only recently begun.   This is where the kitti-fae come in.

Oh, this good little kitty here? He walked right up to me when I was.. uh.... havin' a bit of a day. Curled right up in my lap! Been together ever since.
— veteran adventurer

The kitti-fae, in their true forms, are luminescent blobs of fur that see out of pinprick gemlike eyes. They are the size of an average housecat whatever their form, and stay just as cuddly. Kitti-fae are not a gendered species; they reproduce through an intricate mating dance that spawns a smaller kitti-fae blob (often referred to as a kittini-fae), with no sexual factor involved. As such, they present little sexual dimorphism. The exception is when they have bonded viciously to life - then, they may take on aspects that seem particularly like their chosen gender to them.   Naturally, their interpretation of gender varies wildly from kitti-fae to kitti-fae, and is generally incomprehensible to most mortals. 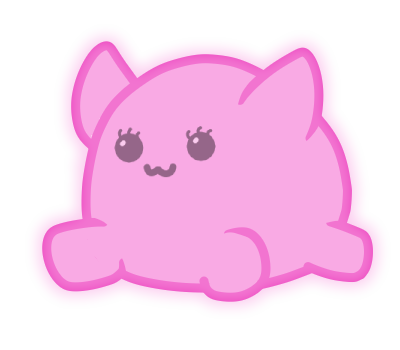 Kitti-Fae, Base Form by Endrise
The kitti-fae are, like all fey, functionally immortal. When their lives come to an end, they reincarnate. They still age, when in cat form - those owners that understand the pets they keep are very much comforted by the thought that the kitti-fae have not departed to the great beyond, and will likely find their way back.   Because of this, ordinary cats are sometimes mistaken for kitti-fae. Whilst the ordinary cats do not possess the powers that kitti-fae do, regular folk find it challenging to tell the two apart, and often can find that even an ordinary cat is able to help them beyond their imaginings.

Kitti-fae function on a psychic level, tapping into the thoughts and emotions of their owner (who is usually the person they've decided to be owned by, to help them out). When their owner is having a bad day, the kitti-fae will take action to improve things. Some of the more common possible kitti-fae actions include: 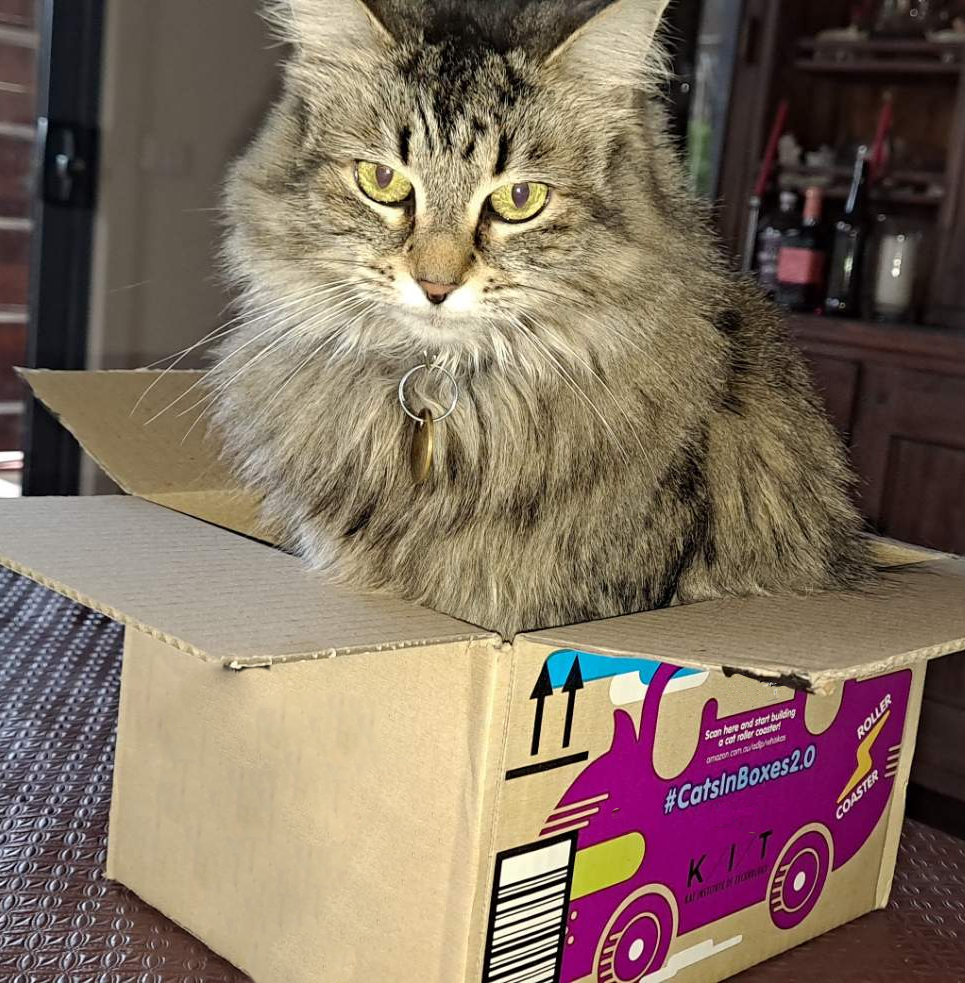 These are all, however, their mundane abilities. Kitti-fae have a variety of magical powers, ranging from the ability to calm emotions, to mild healing powers. In extreme emergencies - for instance, when their owner is undergoing mental trauma beyond their ability to handle - the kitti-fae can call for help and summon in more powerful fey friends of theirs, or even teleport their owner to safety.   Having cause to use those more powerful abilities, though, is usually a sign that their owner needs more help - the kitti-fae may reveal their true form and speak in Common to their owner in these rare instances. 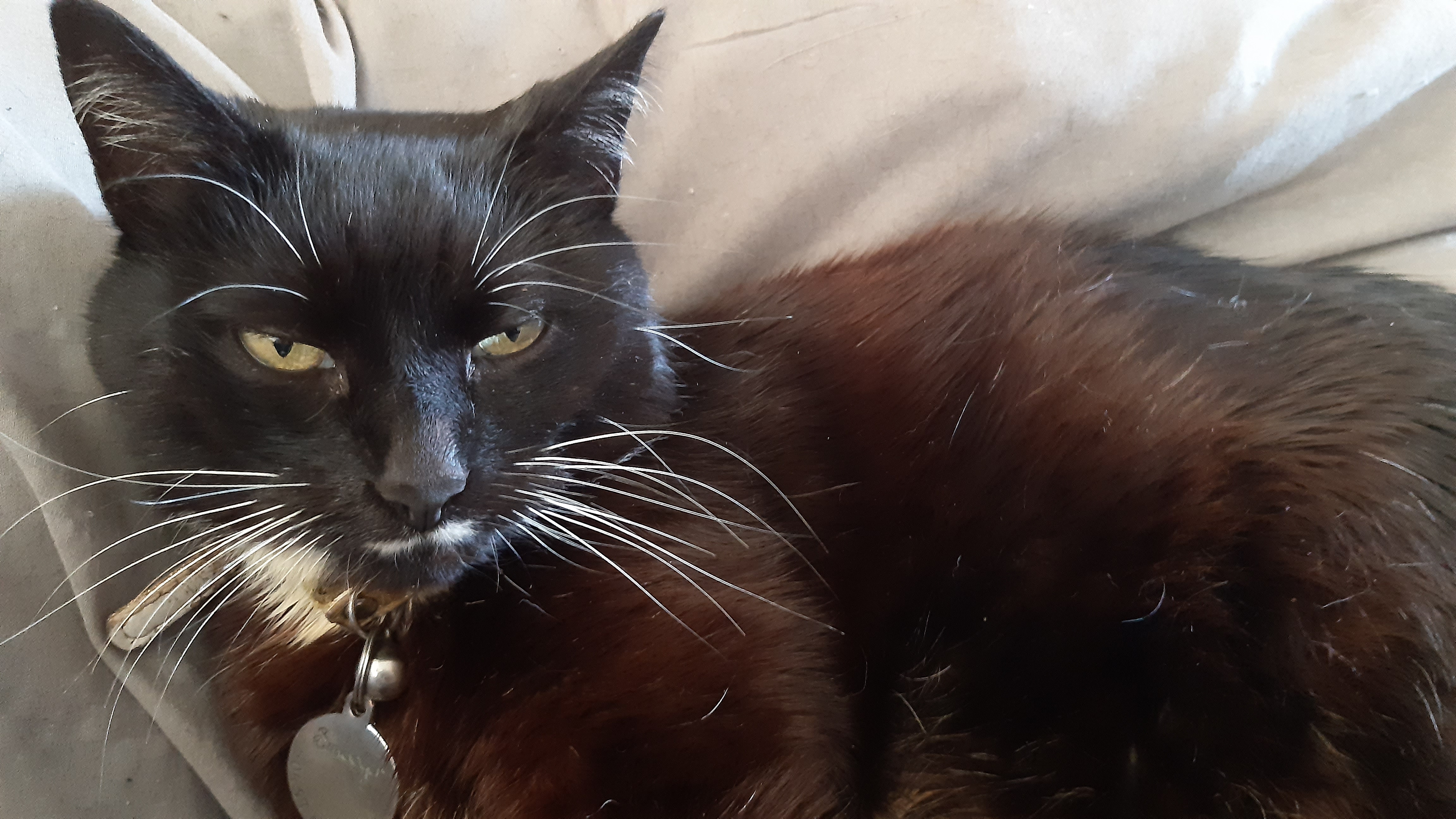 Smooch, the Chaotic by Blindfoldedchaos
All kitti-fae are perfect. They can transform into whatever they like, and they'll still be perfect. See above.

Long have the feyfolk watched the Material Plane from their ephemeral home. Most have trouble understanding mortal troubles and pains - the fey are free spirits unbound from the curse of mortality, and have little trouble ridding themselves of the deep-set pains the world brings them. Elder, more intelligent fey tend to be the exceptions - and these usually care little for the brief specks of mortal lives that flit into their area of influence, and perish before they have any need to genuinely know them.   The greatest exception, then, would be the Eldest themselves.   The Lost Prince has done much for mortals without speaking a word, allegedly. The Fairy Ring of Tir Difyrrwch is supposedly part of his realm; similarly, kitti-fae could quite easily be part of it. He avoids the question when asked, but this is hardly a tell: the Lost Prince avoids most questions. 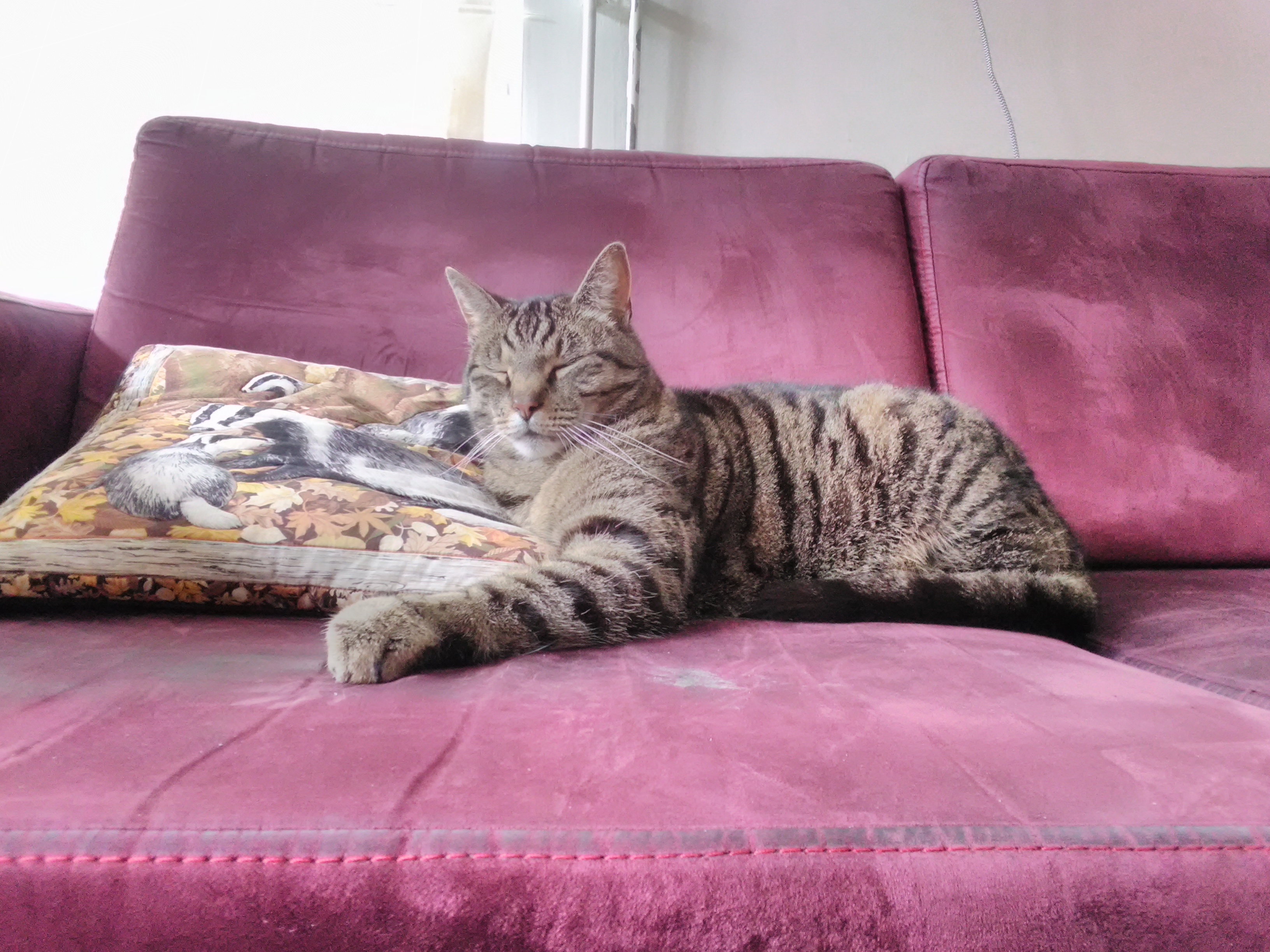 Kitty or Kitti-Fae? by MGatta
All the mortal world knows is that one day, cats were just cats. The next, some of the cats were more intelligent than others... and wizards soon picked up on the odd fey species. Given how all they do is help - on a worldwide scale - everyone seems quite content with this latest faerie invasion.   (Kitti-fae are banned in the Medimian Empire because they keep undoing the brainwashing. Unfortunately for the Medimians, kitti-fae are also very good at acting like normal cats. They have yet to ban cats on fears of mass rioting.) 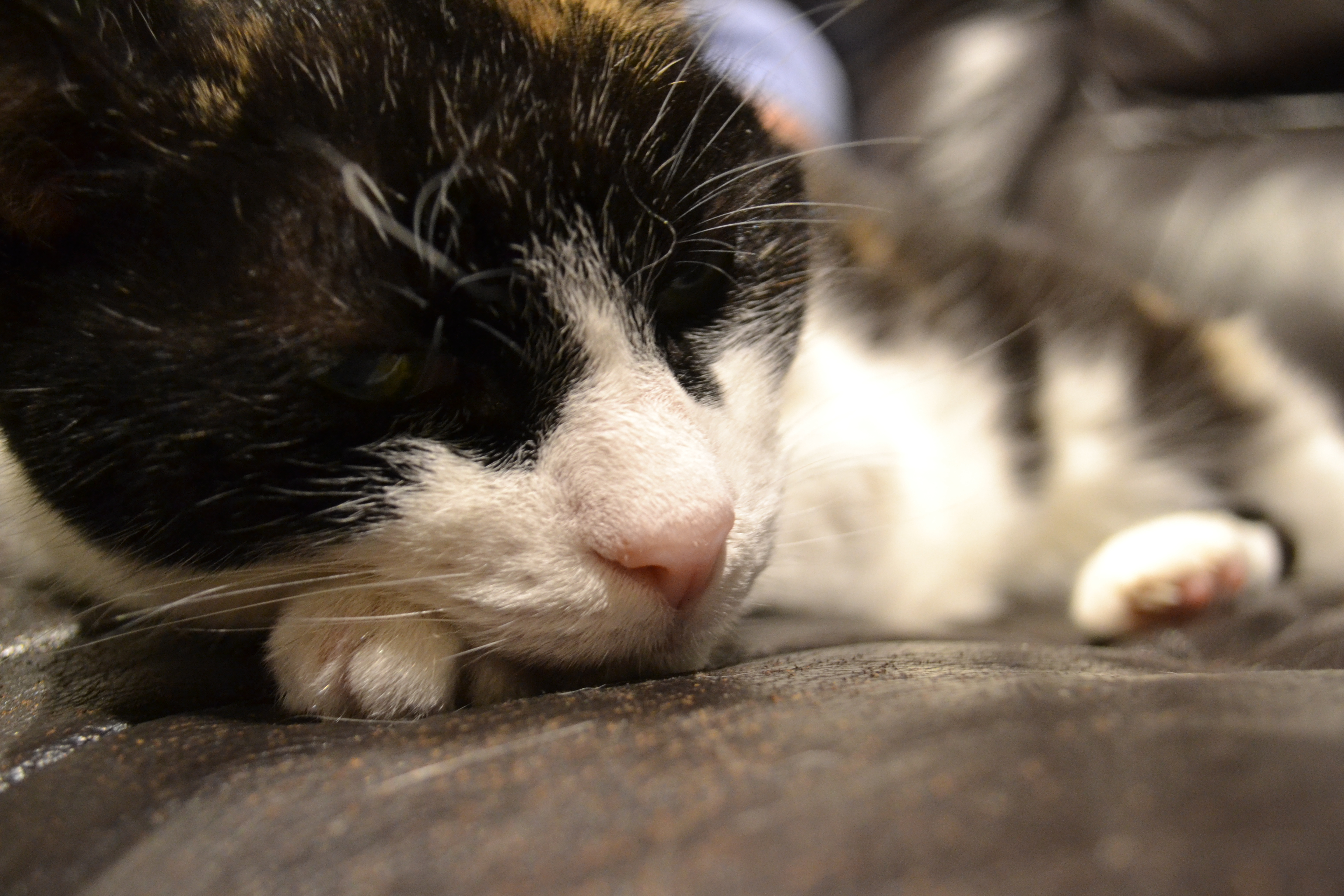 Misty doing her job! by Hanhula 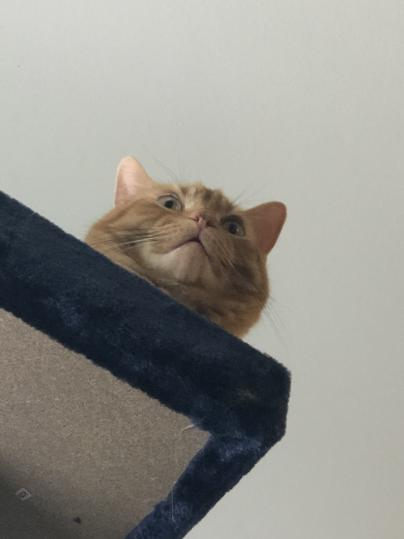 The Kitti-Fae at play by Ezra 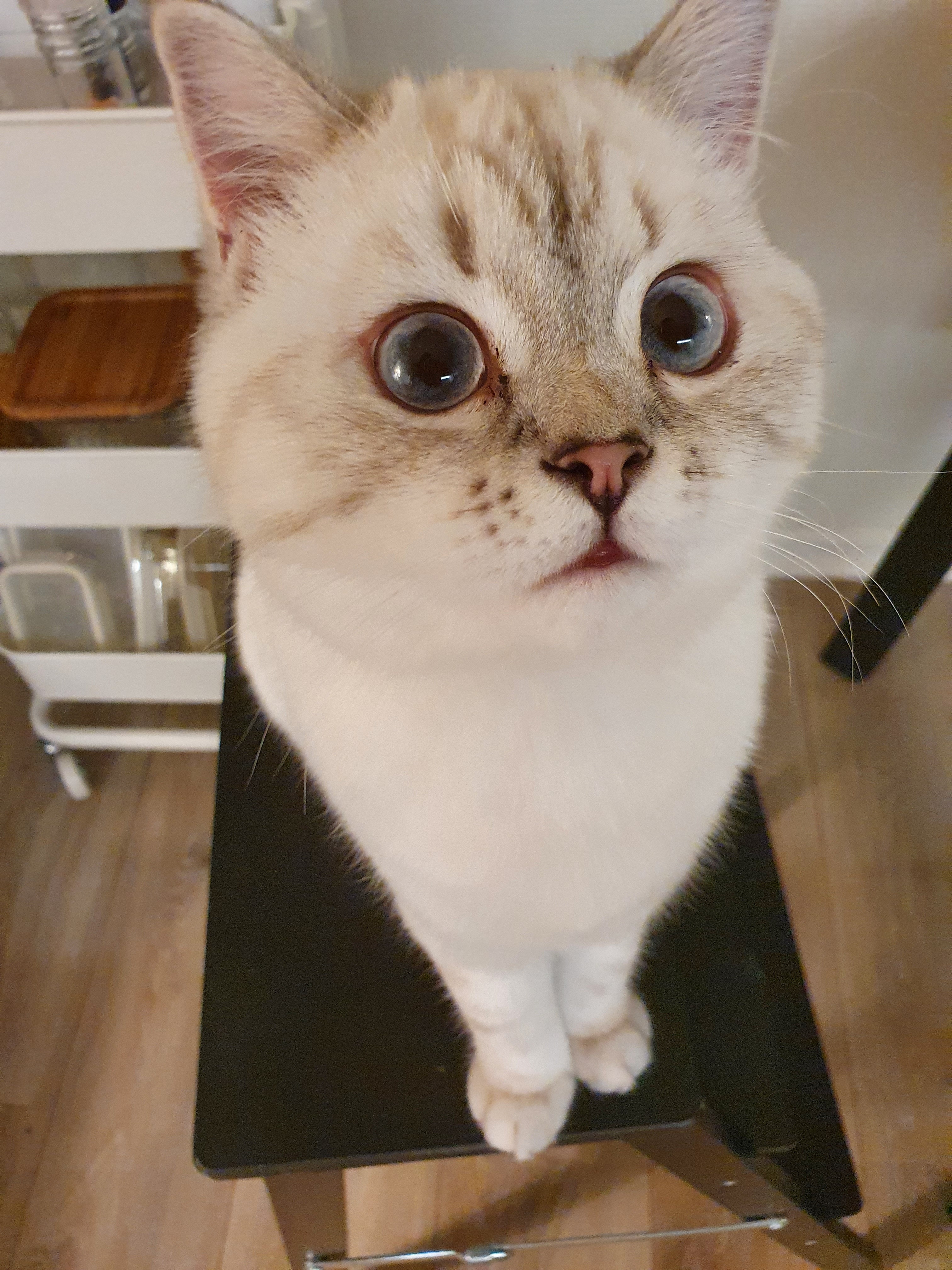 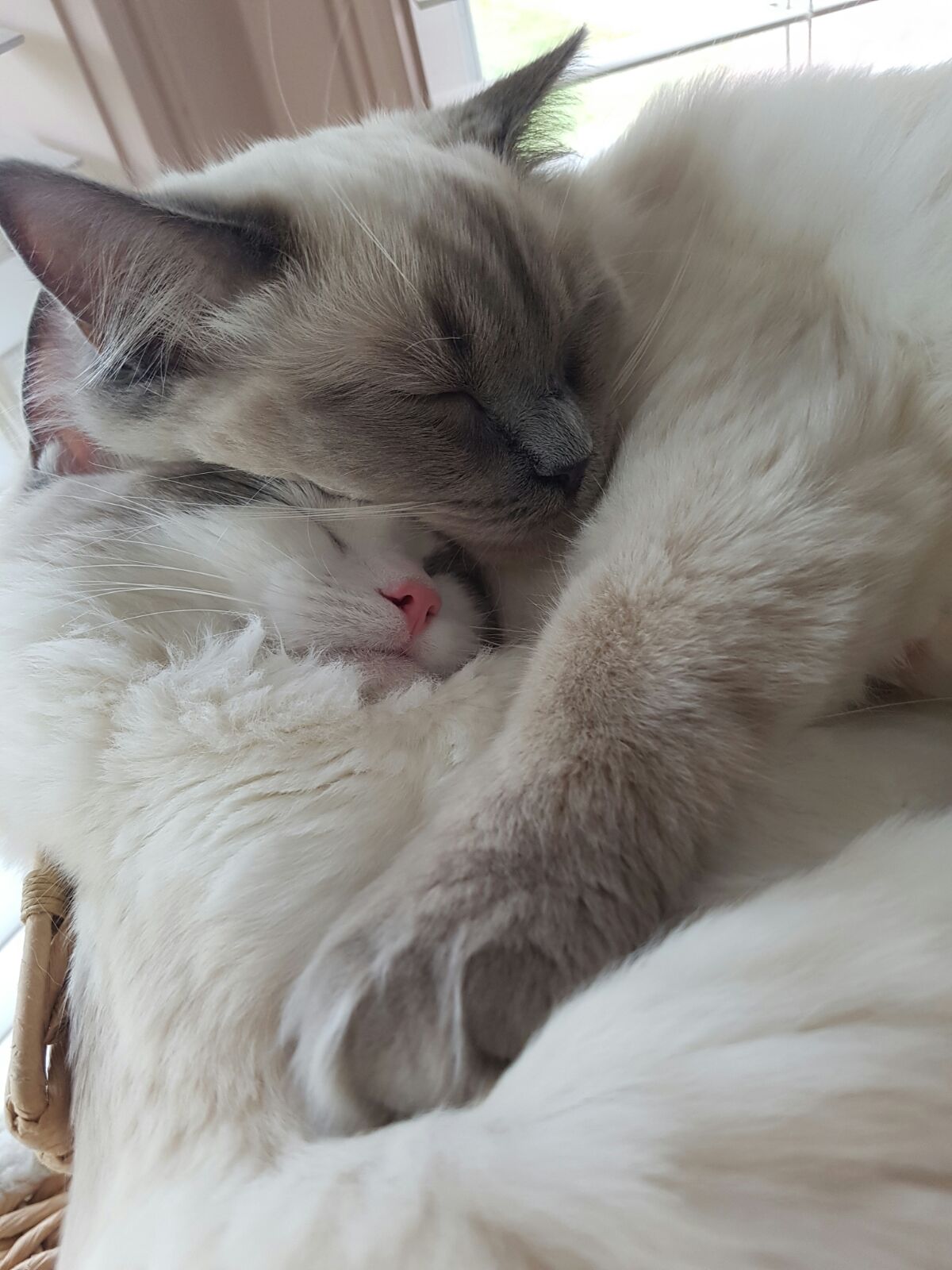 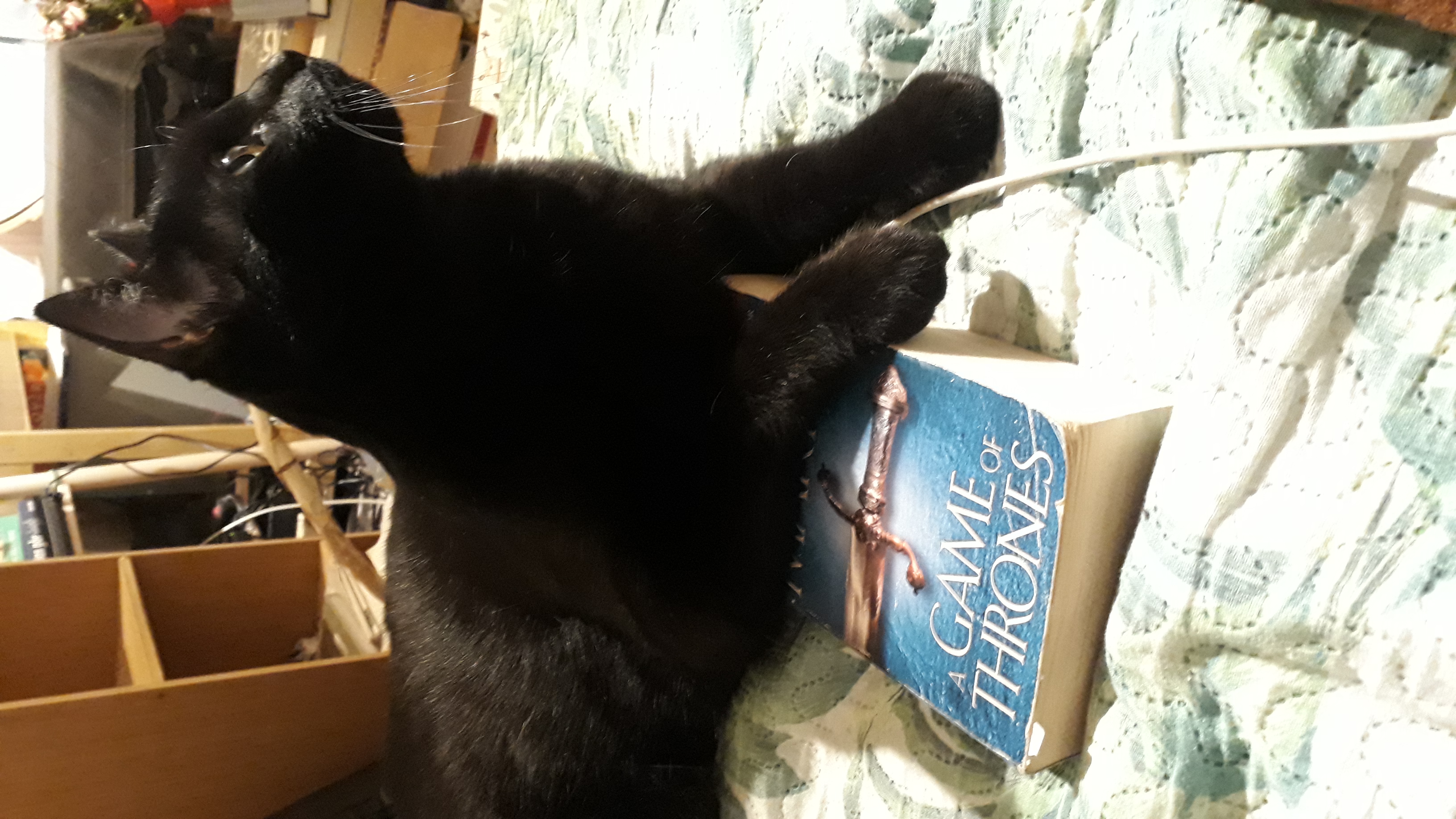 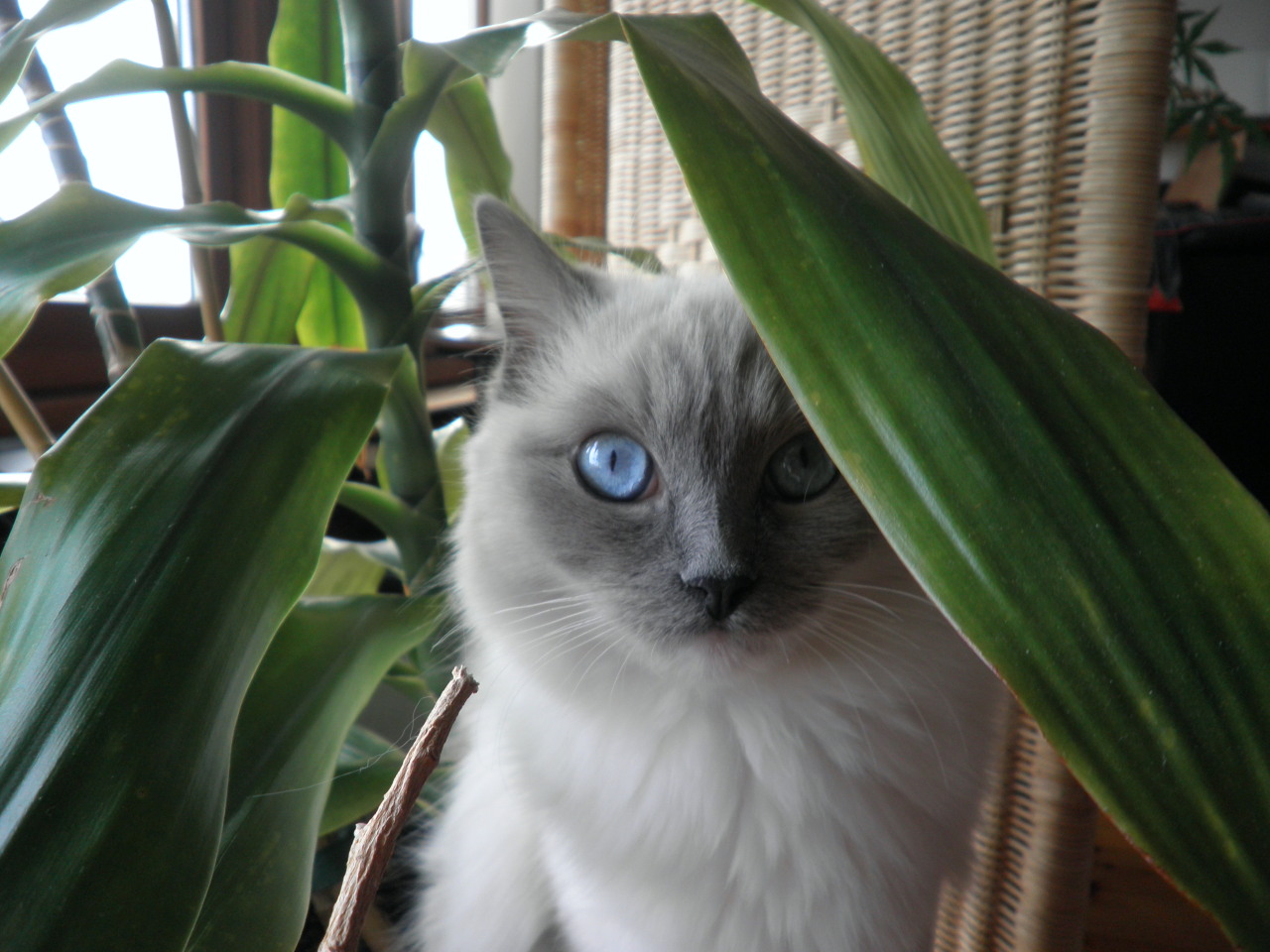 Kitti-fae in the leaves by Vixenscratch
Dogs are cool, too. Shh. ♥
Bestiary

Answering: "a species of working animal"
Visit Hanhula's Competition Page Check all other answers to this prompt Competition Homepage

Yes, yes they are.   A wonderful article, love the sight of so many cats and the idea of a fae species comforting their owners and helping with mental issues. 11/10, needs more cats.
Check out The Fabulae Anthology!

This is hilarious! :D

Awesome article Hanhula, I really love that you asked in the discord for everybodies cat pictures and put them in the article.

Kitti-Fae blobs / Kittini-Fae pulshees? How would these bloby form look like? The thought itself is more cute then all the photo's of cats.   These Faes sure sound like real deal for good side. How do normal cats react to these "impostors" Do they even consider them as impostors? or do they consider them as gods? Can a normal cat aspire to ascend as a Kitti-Fae?

Kitti-Fae, Base Form by Endrise
Normal cats honestly just treat kitti-fae like they're normal cats, for the most part. If they do anything weird, they might get hisses and such, though. If an ordinary cat gets into the First World, it can become a kitti-fae - and sometimes, when an ordinary cat passes away, its soul might flutter into the First World's faerie cycle and become a kitti-fae!

I love the idea of magical service animals. :D This article is so cute!

Great article! If they ban cats I'll riot too :p   I love your focus on mental health. I'm sure all those cats only *really* what's to help by attacking our ankles...   Great idea with getting all those cute cats pictures ❤️

When you asked for cat pictures I did not imagine it was going to be for an article that included the Lost Prince!
*swoons*

I just had the best time reading this. Thank you for writing something so cute and wholesome. AMazing. Wonderful. I feel all smiley and fuzzy inside now, I think I need one of these cats. Glorious job :D

Can confirm, my own kitti-fae are perfect. This is a great article, I love it. :D <3   I would also riot if cats were banned.