Place that Ended the Giant Wars

The shattered sword of the Giant Prince lay shattered on the ground amongst the bodies of the fallen, a battlefield bathed in the blood of both sides. Once the smoke cleared and the combatants left, this area was nothing more than a trampled field, fertilized by those that had given their lives during the Giant Wars. For years this place sat as hallowed ground, the final resting place of so many and the demise of Krojak, but this silence would not last for long.   Over two decades had passed since Alaric Ylyndar took his final blow in the battle, the area turned into a simple cemetery for those that lay here, but the Elves were not happy with this simple end. Caretakers and others chose to build on the hallowed ground, making sure the upkeep of both the cemetery and fallen sword were not neglected. Soon a village formed, taking the name of Krojak's End.   Now, millennia after that fateful day, Krojak's End is a place of tourism and pilgrimage. Those of the Knights of Yggdrasil live and serve here, paying their respects to the Paladins that came before them and sacrificed so much for their homeland. Others travel from far and wide to see where the famed sword rests, shattered and buried in the dirt that once ran red. The broken weapon gives a reminder of the courage that finally stopped the Giants and ended the wars that had raged for years.

Much like many of the other villages and hamlets that populate the Northern Outposts, the population of Krojak's End is rather small and quite rural, requiring those that live there to be self-sustaining, including through the long winter months. Farming and some livestock raising occur in the village but the townsfolk often rely on tourism to support them throughout the year.   Most inhabitants of the village are Elves, but there is also a number of Humans and Half-Elves that call the area and the Knights of Yggdrasil home. This area is mostly populated by Paladins and their families but there are few that have no ties to the Order. 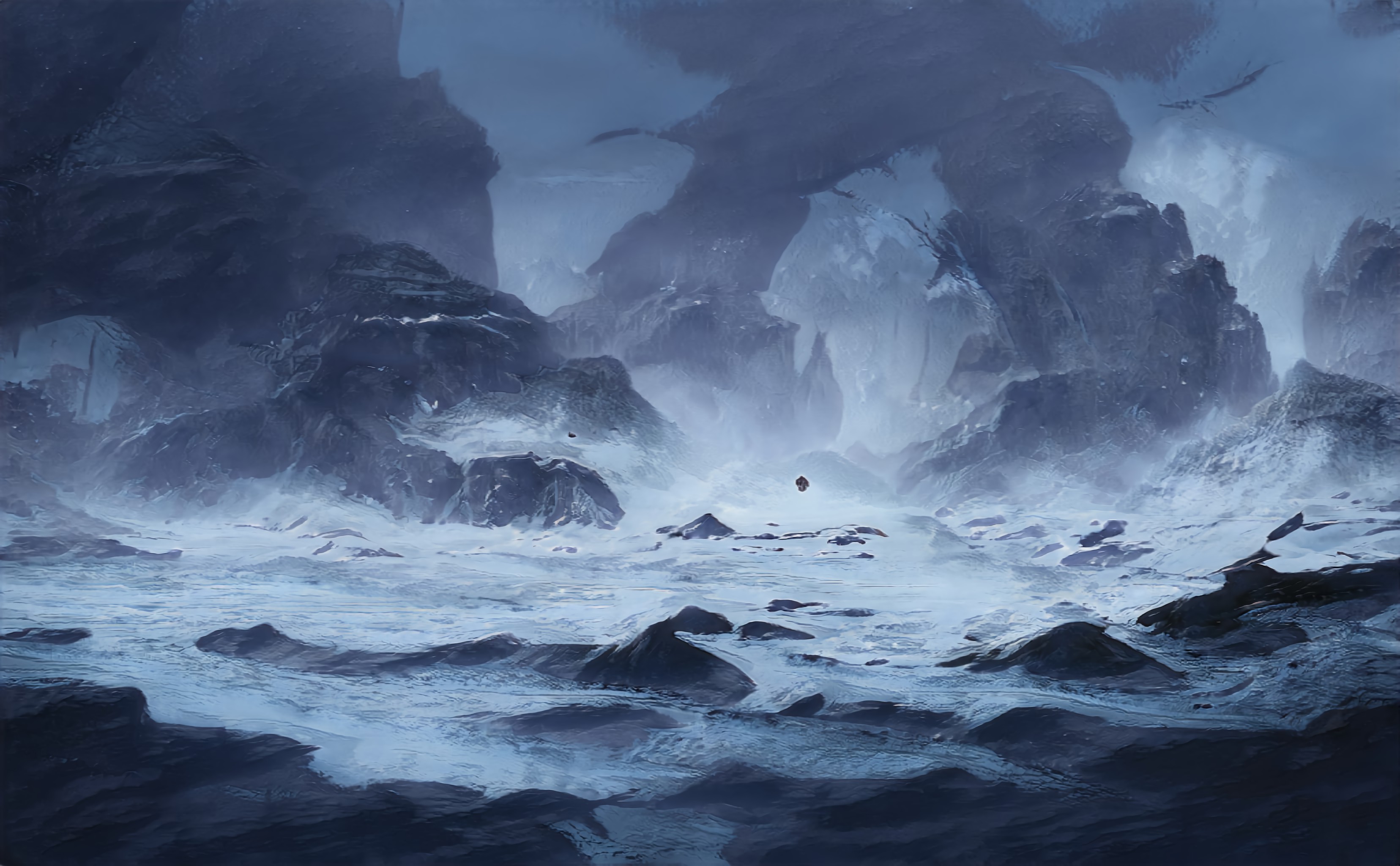 Neither Tundra by Landscape via Artbreeder, created by RiverFang
The northern edge of Vóreios is known as the Neither Tundra, an area covered in ice and snow. Few call this area home, but the Kingdom of Giants thrives here, hoping to expand their lands.
Krojak's End is one of the closest settlements in the Northern Outposts to the Neither Tundra, giving those that travel here an up close look into the lands of the Giants that few dare enter. The Elven Forest quickly changes to desolate tundra on its northern border, leaving few trees for the village to hide in.   Even so, the village has a number of interesting things to view amongst its small number of buildings. Throughout the years, Krojak's End became a tourist spot of sorts, drawing in those that wanted to pique their curiosity or those on pilgrimage who wished to pay their respects to their ancestors.   The location that receives the most interest is where the sword of the Giant Prince rests, with many large pieces of the blade littering the ground while the hilt and a length of blade are buried upright, nearly a tombstone. Many visit this spot so they can see where the final battle of the Giant Wars took place and where victory was ensured for the Elves.   Others visit the cemetery to pay their respects to the Paladins that gave their lives during the Battle of Krojak's End. A bloody conflict, many gave their lives here in attempt to keep the Giants from overtaking the stronghold in Yllvalion, a key strategic location in the defense of the Elven Forest from the expanse of the Neither Tundra. 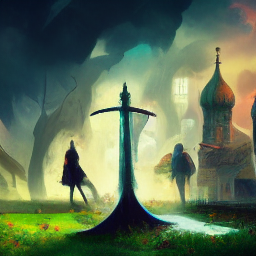 Broken Sword by Image via Midjourney, created by Riverfang
Art of the Giant Prince's shattered sword has become more common since the days of the Giant Wars. The item is a central piece of the village of Krojak's End and marks a large victory for the Northern Outposts against those that wished to steal their homeland.
Founding Date
3475 IM
Founders
Type
Hamlet
Population
163
Location under
Elven Forest
Owning Organization
Knights of Yggdrasil

Krojak's End was once nothing more than a name for location where the Giant Prince met his end during the Giant Wars, but as the Paladins of the Knights of Yggdrasil created their cemetery and small memorials in the area, the area soon became a small hamlet as caretakers moved there to serve as stewards of the land.   As the years passed, Krojak's End became a tourist town of sorts where people could visit the shattered sword and the cemetery to pay their respects to the fallen or just enjoy a piece of history. The town came to thrive on this tourism, allowing the townsfolk to sustain themselves through trade and those that came to visit.
Northern Outposts

Answering: "Α settlement beside or in a great expanse"
Visit RiverFang's Competition Page Check all other answers to this prompt Competition Homepage