Homes to the Outlanders

Tents of hide lay scattered around a central building. The tents seem small, too small to house more than a single person, but a family of five lithe wood Elves step from between the fluttering flaps that serve as doors. It seems an impossibility, but the wapiti tents of the Outlanders are yet another secret of the Elven Forest that seems like it will never be answered.   The hides used to make the wapiti tents used by the Outlanders come from a variety of animals that live in the forest. Deer, elk, and even the hides of Aelinor Elk are utilized to make these tents that hang on nothing more than carved branches from the Aelinor Oaks. Very little of what makes these tents in raw materials is magical, but the magic of the forest itself once again changes something for the greater.   Stepping through the fluttering flaps of the tent, one is greeted with a spacious central room, often will smaller living spaces cordoned off with more hides. The inside dimensions of the tent are far from those of the outside, and when asked, Outlanders will often just shake their head. It is a phenomenon that many cannot explain, and those that can often choose not to. It is a secret of the forest they say, and continue on with a small smile.   The magical network of the forest lends its power to the Outlanders as they build these homes. A family will live in one for generations, so the young ones will never know the means to make one of these fantastical tents. It is the inherent magic of the Elves mixing with the power of the forest that creates these things, but even a High Elf, one with training in sorcery cannot create one of these tents.   It is a secret and a bond that the Outlanders share with the trees. For protection and care of their branches and roots, the trees trade protection from the elements to the Outlanders. The secrets are unknown, and the forest will never tell.

The intended purpose of the tent is to serve as a home for Outlander families. In some rare cases, these tents can be created for hospitals or other buildings, such as the Shikari Sanctuary.

The wapiti tents are very basic tents, using central wooden poles to form a base and structure that can then be wrapped in a canvas made of hide. The interior often has a central room, with smaller living spaces divided off the central room using various hides.   This central room functions as a meeting area, a dining room, and is often the central heat source for the entire tent. It is large enough to entertain not only the entire family that calls one of these tents home, but numerous other visitors and guests. This area is often the most heavily decorated of the tent and serves almost as a continuation of the history that is sometimes drawn on the outside of the tent.   Once created, the wapiti tents are very rarely altered. The successive families may choose to redecorate the inside rooms or the outside canvas, but major alterations are frowned upon as it can wreak havoc upon the magic of the tent. 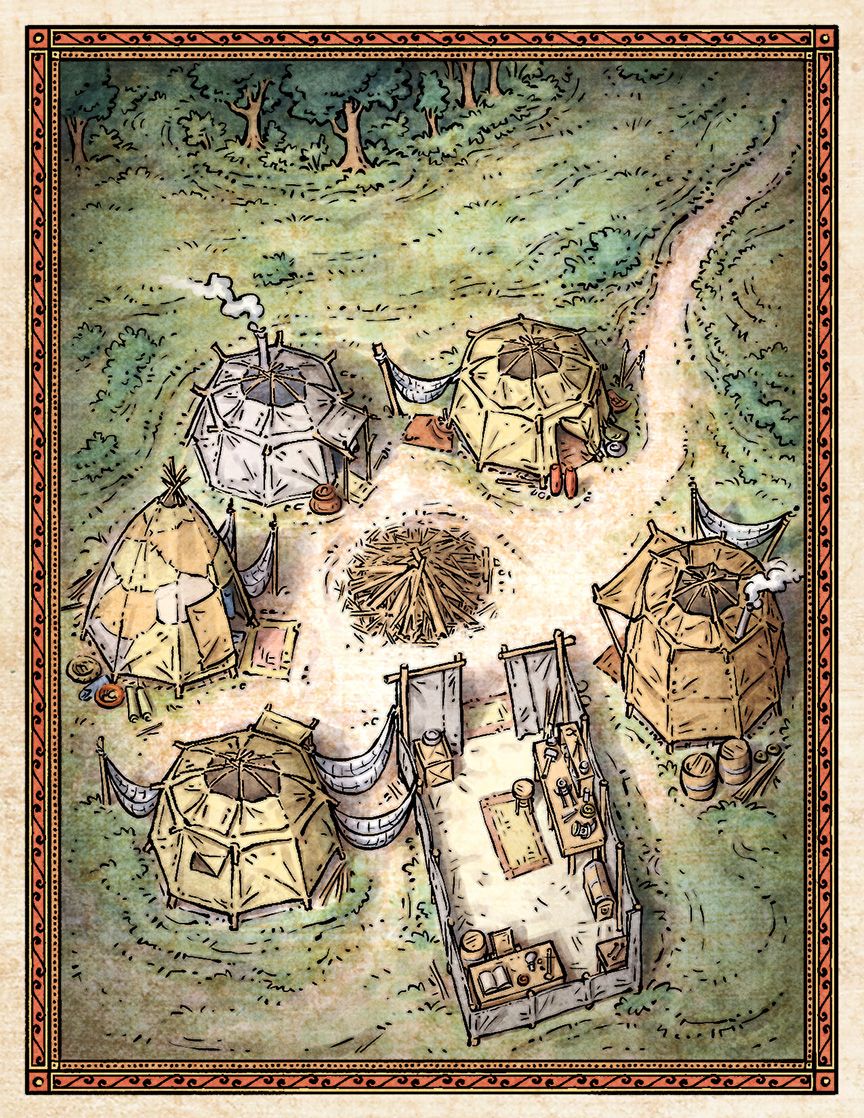 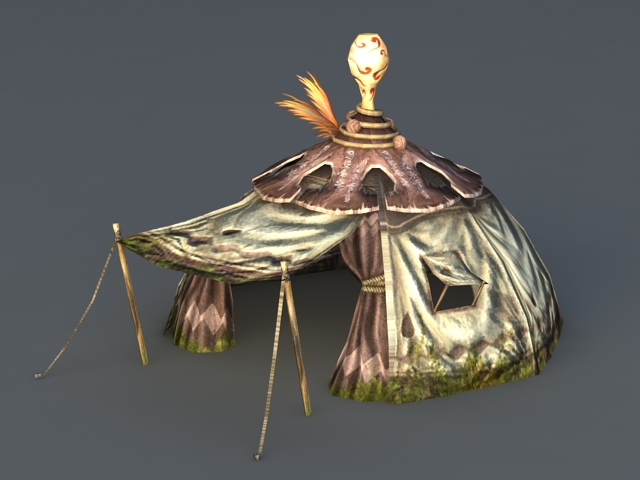 The wapiti tents of the Outlanders are as old, if not older, than the Outlands themselves. They were created as homes by those that called the southern reaches of the Elven Forest home and became the common buildings that were used once the Outlands became established. These tents are most often used as homes, but many have been repurposed for other buildings when needed.
Outlands

Answering: "Write about a typical house or dwelling in one of your cultures or countries."
Visit RiverFang's Competition Page Check all other answers to this prompt Competition Homepage