Ancient Home of the Fey

Hidden deep within the Elven Forest on its eastern edge stands a tree of unimaginable origin. Standing taller and broader than the Aelinor Oaks that surround it, the tree seems ancient, an impossible sight in a magical forest. On closer inspection, one can see the wooden doors carved into the great trunk, hundreds of gaping holes staring out into the sea of trees.   The Seraph Tree was once home to the Ancient Fey that lived in the Elven Forest long before the Elves of today called it home. Originally standing as the center of the fey homeland, it has since been surrounded with the magical Aelinor Oaks and other trees that have grown to build the behemoth known as the Elven Forest. The enormous size of the tree allowed it to hold nearly an entire civilization in its trunk and branches, but now it stands as a hollow reminder of times past.   Thousands of fey called the tree home, with ceremonial chambers built between the various living spaces. Some of the outward facing doorways were more decorative than others, denoting the various ranks of those that lived in the tree. The hierarchy of the fey was built within the tree, the outside doors being the only remnant of that ancient race.   The Elves now use the Seraph Tree as a landmark to keep track of their travels. Certain sides of the great tree mark the beginning of Outlander territory. Because of its many hollow chambers and enclosed rooms, it also serves as a place for hunting as animals use it to hide their winter stores. Even so, the animals only venture a short distance into the enormous tree. Only the Outlanders choose to venture within the tree, as without great knowledge of tracking, one could be lost within the maze of the Seraph Tree, never again to come out.

The Seraph Tree once served as home to the Ancient Fey kingdom. A gargantuan ancient tree was hollowed and carved to make homes, ceremonial chambers, and other rooms needed to effectively house and run the fey kingdom. Since the disappearance of the Ancient Fey into the Wandering Forest, the Seraph Tree has been used as winter storage for foraging animals. The area around the tree is often prime hunting ground for the Outlander tribes and the tree itself marks the boundary of the Outlanders' lands.

No alterations have been done to the tree since the Ancient Fey carved out the trunk and made it their home. Very few people venture close to the tree, so it has been left in the hollow, abandoned state that the fey left it in.

Very little architecture of the tree can be seen from the outside. The inside seems very plain in most cases, but no one has ventured further to see if that statement is true beyond the first rooms. The doorways of various homes are carved in a variety of designs, the level of intricacy often denoting the rank of the family that lived in that space.

Not much is known about the history of the Seraph Tree other than it once housed the Ancient Fey civilization. It had been abandoned for what is assumed centuries before the Outlanders claimed it as their own. 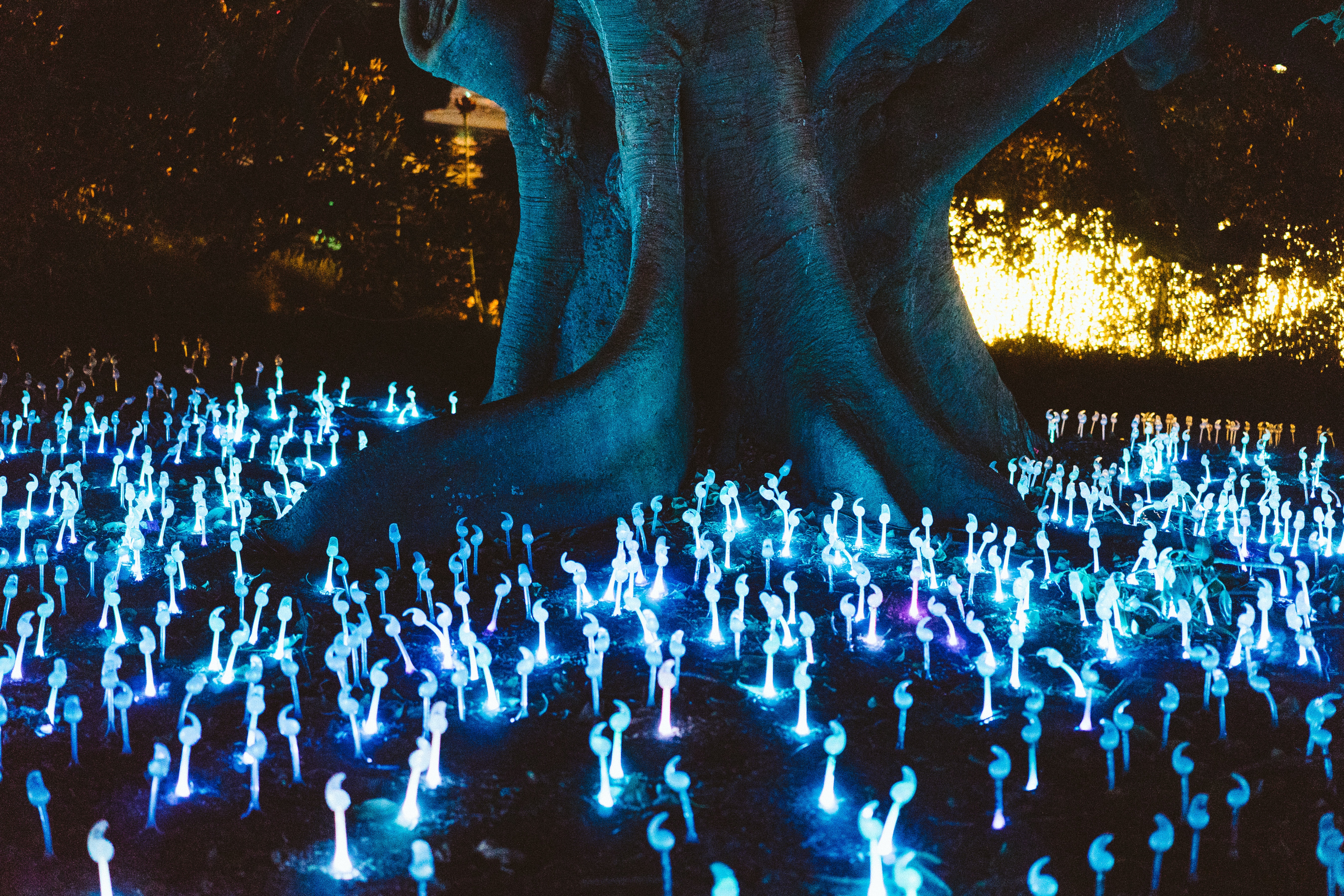 Decorative Tree by Jay on Unsplash
The Seraph Tree was once the center of the Ancient Fey but fell out of use as the Ancient Fey began their move to their new home in the Wandering Forest.
RUINED STRUCTURE
Unknown
Type
Geographic Feature
Parent Location
Amaratharr Valley
Owning Organization
The Outlands
Elven Forest

Answering: "Write about a constructed or natural landmark in your world."
Visit RiverFang's Competition Page Check all other answers to this prompt Competition Homepage