Covens of the Tree

The trees of this world are resilient, surviving droughts, plagues, blights, the near downfall of the world as we know, but yet the trees of the forests come back time and again, greener and taller, flourishing in times when they have no right to. That could be why the witches look to the trees for their names, the white tree, the yellow rose, the black thorns, all part of something that has survived the test of the world when so little else has.
— Unknown

A woman bows over a bubbling cauldron, measuring ingredients with precise movements of her hands. With the small sound of an added ingredient, the bubbling potion turns from a sickly brown to a mesmerizing white, a swirling, glittering pool ready to be added to a crystalline bottle. With a delicate flick of her wand, the four bottles on the table beside her are filled from the cauldron, each capped off with a quiet pop. Her efforts have created four pristine bottles of the Potion of True Life, a magnificent creation ready for the worst of injuries.   Deft fingers move over a loom, weaving thin glowing strands into a delicate fabric softer than silk. Every so often, the woman makes a small sound, and the glowing color of the thread changes, creating a seamless mass of intricate detail without the knots and splices so common in other weaving. After dozens of hours, she snips the end of the thread, tucking the loose end back into the tight weaving of her fabric. The cloth glows with the power of something created by Arcane Weaving, a specialty of these women that call the treetops their home.   Quick words and smooth movements create a web of intricately woven spells. With the correct incantations and the blood of her own lifeforce, the lone Witch has created a protective shell around her traveling group that can ward away even the most dangerous of beasts. A final word and a quick flick of her wrist and the senses of those outside of her shell are dulled to their presence. Those that travel with her are in disbelief of the power of such magic, testing the true power of her shell with blade and magic alike. The Witch's shell never wavers, protecting those she travels with from the outside world, but serving as protection for her from her traveling companions if the need arises.   The Covens of the Tree have stood the test of time with magic that is so unlike that of most of the world. These Witches fall under the teachings of a single part of the tree, joining the Coven of the White Tree to learn and craft, the Coven of the Yellow Rose to heal and aid, and the Coven of the Black Thorns to preserve and protect. Following the teachings of the goddess Libra, Witches offer their life force in exchange for their power, serving the goddess and aiding wherever they can.

Covens are the closed communities that teach Witches how to forge a connection with the natural world far before it became civilized and settled. These are more than places of knowledge and enlightenment; they act as extended families that remain close to their members. Their daily pursuits can range from solemn and strict like that of a monastery or center of religion, but they can also be vibrant and full of intensity depending on how they decide to serve the goddess Libra.   These covens are not commonplace, often being secret and hidden from the rest of the world outside of a select few. The history of the Witches has caused this secretive nature, forcing those that follow Libra in this way to hide in fear of persecution. The Covens of the Tree are mentioned in stories, legends, and warnings, but few know the true path that these women follow. 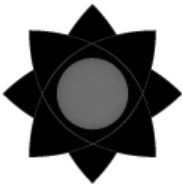 Coven of the Black Thorns Emblem by Crest via Emblem Creator, created by RiverFang


Coven of the Black Thorns

A proud lineage that seeks out protection and sanctuary, the ancient powers of Isekai wrap themselves around Witches of this coven and shelter them from harm. The Black Thorns make reference to part of the White Tree that manifests itself in order to ward off wild animals, monsters, and evil creatures of all kinds. These thorns were thought to be the bane of evil and to be a living substance on par with Adamantite with a will of their own to protect the White Tree and those that they deemed worthy of protection. 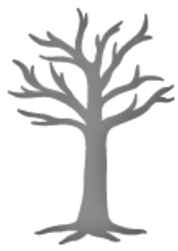 Coven of the White Tree Emblem by Crest via Emblem Creator, created by RiverFang


Coven of the White Tree

A proud lineage that pursues the raw, natural power that lies within the spirit of Isekai. The White Tree is a rare plant that is thought to be extinct in the modern day but was once incredibly coveted for its use as a component for magical potions and the creation of an arcane focus. It was rumored that a wand made from the branch of the White Tree would elevate even a novice caster's power to that of an elite mage.   Using this power, those of the White Tree often pursue not only powerful casting, but various types of crafting, such as Arcane Weaving and Wand Making that harnesses the innate powers that are present in the world. 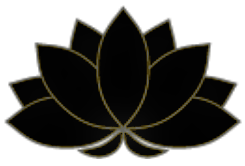 Coven of the Yellow Rose Emblem by Crest via Emblem Creator, created by RiverFang


Coven of the Yellow Rose

A proud lineage that seeks out knowledge and friendship from the ancient spirit of Isekai, pursuing the mysteries of the world and living among nature. The Yellow Rose makes a reference to a flower that blooms on the White Tree only once every hundred years, a sight that Fey and animals of the natural world will pause to see because of its elegance and beauty. This flower is said to impart great knowledge and understanding to those that gaze upon its blooming and those that watch the final petal fall as it wilts will learn how the thing they love the most will meet its end. The secrets of the Yellow Rose are such that they could bring about the ruin of rulers, societies, and civilizations, so if the flower still exists, it is hidden far away from any that will see it in the modern-day. 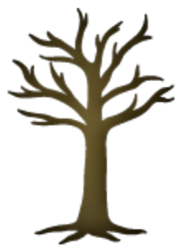 From the Parts, the Tree is Grown

Culture of the Witches

The culture of Witches holds on to the lingering effects of persecution throughout the land of Isekai. These casters were only women, gathering in groups called covens, and practicing magic that often used their own life force to complete the spells. For these reasons, they faced nearly torturous persecution by other casters and those that were often feared by the magic that Witches could weave through harm or how they often turned harmful and dangerous things to be good and virtuous. Due to this, many witch covens were forced to the Fairy King's Wood and the protection of the word of Festival Snix.   Here in the lands of the Fairies, the Witches are left to their magic, often serving in the Fairy King's court and throughout the woods as healers and other useful casters. Some dare travel into the Feywild, using their connection to the lands of Isekai to turn the upside-down world of the Ancient Fey to the aid of others. During the Eldritch War, the Witches and their creations were needed to aid those across Isekai, but history often repeats itself and their creations went unused by many.


Exodus of the Witches

Decades after the formation of the Covens of the Tree, the Witches were forced to leave the Fairy King's Wood and branded as allies of Morgoth the Arch-Demon. This led to millennia of systematic persecution by all races in Isekai. Many Witches either hid their magic or became hermits under the fear that any show of their type of magic or their ties to the goddess Libra could mean their death.   Upon the ascent of Festival Snix to the throne of the Fairy King's Wood, an apology was issued by the Fairy King for the wrongs that were committed over the millennia. With his apology, the king welcomed the Covens of the Tree back to the Fairy King's Wood and offered his protection to those that returned.   This began the mass exodus of the Witches throughout Isekai returning to the Fairy King's Wood with the promise of safety and a homeland where they could practice their magic and their trades. For seven years, large groups of Witches of all races traveled to the wood, gaining gifts of land from the king which became the homes of the various covens. New covens were formed and the old ways of the Witches that had been lost during their persecution began to flourish in the safety of the Fairy King's Wood.
Witch Covens

Answering: "a religious order founded or based in your world's history"
Visit RiverFang's Competition Page Check all other answers to this prompt Competition Homepage

The time before the Eldritch War in Isekai.

The time after the beginning of the Eldritch War in Isekai.

Poor Witches. They have suffered so much persecution. I find the covens really interesting, particularly the different ways they find to worship their goddess.