Goddess of the Hearth & the Ancients

Libra is a mystical goddess associated with knowledge of the ancient world, the natural magic of Isekai, and family values. She is often referred to as the original Witch or the first Druid, it is said that Libra was the first that walked upon Isekai and saw the secrets and power that the land hid long before the arrival of any races. Libra belongs to two pantheons, the Pantheon of Knowledge and the Pantheon of Nature, she is not considered a primary or pinnacle of deity because of her specialized focus in those pantheons. Libra is often a referenced goddess when the topic of nature is discussed but she deals with a particular type of history and magic that is not widespread in the world today, it is noted that her popularity was much higher towards the beginning of the appearance of mortal races, her temperament is considered motherly towards those that seek her knowledge. She is depicted in a similar fashion to the Huntress, a cloaked woman of Elven descent leaning on a magical staff that still has roots in the ground. This goddess is often depicted leaning out over a large cliff, observing the rest of the world, or kneeling by a cauldron of bubbling ingredients as wildlife look on curiously, murals depicting this goddess often hide secret passageways or are constructed with some type of magical component.   Her tenets and standards involve unity, secrecy, a love of nature, and a focus on caring for others, particularly children. The attitude of Libra is difficult to discern because she holds values of a world far more ancient than civilization, to grow close to her one would dedicate themselves to nature, it is often thought that Libra was the first one to teach the Ancient Fey how to use the magic of the natural world. Those that would worship her and obey her tenets are welcomed, sheltered, and protected from much of the natural world but pursuing power from Libra involves a different level of dedication. The most dedicated to Libra are closed communities, cults, and covens dedicated to pursuing the ancient knowledge and magic that has dwelt within the land of Isekai that predates any civilization.

While not a mainstream deity, Libra is considered to be a large part of two pantheons with some scholars believing that she has some application in a third despite historical evidence. In order of relevance, she is associated with the domains of Nature and Knowledge. Worshipers of Libra are not considered to be rare as she is still a revered name among many tribes of the Outlanders in the Elven Forest but she is not usually the primary deity for an area or group. Clerics of Libra would be extremely rare, Paladins almost non-existent as there are no orders dedicated to her but the small and obscure communities that commit themselves to worshiping her are known as Witch Covens. These closed communities revere nature and the power of the world before civilization's existence, they are kind and powerful but often considered odd by those that know of them.

Libra is a supporting deity in the Pantheon of Nature, she was said to have tamed the spirit of the world and to have been the very first of the gods to appear on Isekai and she is often depicted as having a supporting role in many stories as the other gods began to take interest in the world. She is considered specialized with a regard for the wild and untamed side of nature, caring for and loving all aspects of it to include the creatures that many fear, rumors say that the ancient Elemental creatures of the primal world developed a unique bond with her. Many rituals, remedies and general knowledge about the world before the existence of the Ancient Fey are attributed to her and while she doesn't actively seek out mortals she gave of her power to those that sought her out.

Libra is a supporting deity in the Pantheon of Knowledge, she holds the knowledge of ancient power that exists separately from that of the arcane. Her knowledge is that of a Witch, of star movements, astral planes and secrets of the natural world that have been lost to both the Elder and most of the Divine Races. She is regarded as the singular deity for three covens of the world known as the Coven of the White Tree, the Coven of the Black Thorns and the Coven of the Yellow Rose in reference to a tree that supposedly existed somewhere on Isekai in the time before the gods. Those that pursue her knowledge are rare because the path is said to be one of great hardship, requiring years of life experience in the unstable places of the world.

There are no holy books or codes passed down by Libra which most likely explains her lack of popularity as a mainstream deity but there are oral traditions passed down by three Witch Covens that are said to be founded by her teachings. The White Tree, the Black Thorns, and the Yellow Rose are the names of closed communities that are tucked away in odd places in the world. While their numbers are small they are intensely dedicated and scrutinize those that wish to join their circles heavily, but those that do earn entrance to these societies are inducted fully and introduced to the teachings of Libra's ancient knowledge.

The primary symbol of Libra is that of a white tree that looks almost skeletal in appearance, bearing no leaves. The tree is outlined in black and has a single, yellow flower that springs from the tip of the lowest western branch. Other symbols will relate specifically to a coven and be a piece of the tree, emphasizing a specific color or aspect of it but regardless of the symbol, there will never be a shrine or symbol dedicated to Libra that is made of metal or stone. All symbols and shrines built to honor Libra are constructed of wood or earth.

The holiday dedicated to Libra is the last day of Fall's Evening when the harvests have been gathered and the early frost of winter has painted the world. It is said on this day that the primal spirits of the world are strongest and the hidden creatures, the Elementals of old stir and move from their hiding places as they search for the goddess that once walked among them and tamed them. Those that are dedicated to the worship of Libra see this day as one of meditation and reflection when they have a chance to reach higher enlightenment because of the restless nature of Isekai's ancient spirit. The common folk mark this day as something much more trivial and carve small monsters from various wood that resemble the crude shape of various Elementals, the goal is to hang one of carving of each type of creature in your window at night in order to call on the protection of the Witch Goddess so that your children will live long lives. 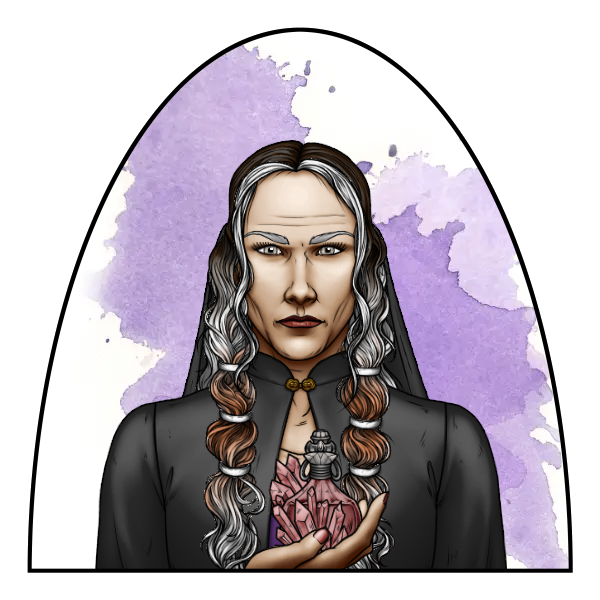 The tenets of the Witch Goddess are different for those that seek her for power as opposed to those that acknowledge her as a deity of nature and motherhood. To the common people she has only one tenet:   Seek to shelter those that wander and show mercy to the injured and weak of the world. Your wrath should be hot but the warmth of your heart should burn brighter.   Within the covens that worship Libra and seek to obtain the power of her ancient secrets she has more charges for them:   Isekai is our home, our birthplace, and our power. Fear it and embrace it in love without reservation.   Everything that you need can be taken from among the plants and the hills, there is no power greater than what the world has to offer. If you do not find what you seek then you haven't lost your way, exercise patience and the answer shall approach you while you wait.   Curses are for enemies, Blessings are for the pure of heart, but ignorance is the reward of those that despise Isekai. Seek to educate those that you can, take pity on creatures without knowledge but take care that you are teachable even by the smallest creature of the forest.
Gods & Goddesses