A beam of warmth among the overwhelming cold

My superiors decided to pair me with a FirstHeart for my hunt of the Malisyk.

Bigoted; but like me, he uses that hate as fuel to fight. Good shot with a rifle, knows his way around a medbag. I'll take him on as a project; if I can get him to like me, then I put a bit more faith in the Eiuka.

I signed up to pop some Nasyk man-eating heads, why would anyone think its a good idea to send me out in the fields with one for weeks on end. Feel like I'm going to wake up with him nibbling my trigger finger off.

Doesn't help that the fuck can hide in the snow like a rabbit. I'll keep my gun under my pillow.

Born from the strife of pre-banner era violence, the Eiuka are a group of Nasyk dedicated to fighting against their former faction, the Malisyk. In what would be known as the Blood Snow Offensive, The Eiuka and expeditionary forces from many nations worked together to dismantle the Malisyk Cult one stronghold at a time.

After the Malisyk's downfall, the Eiuka still operate with the goal to defeat the slander and conceptions of their race. They spread from their homeland even through the banner era, attempting to show their abilities in a positive light. Their efforts while mostly successful are still tainted by a cruel reputation.

The Eiuka often fall under the same hate that united others against the Malisyk. For centuries the Malisyk served as the main Nasyk ethnicity.

Eiuka still have a long road ahead of them to rid their race of the historical blemish.

I've been operating as counter-sniper with the Eiukan for a week. I still check my rations for poison, but he at least is more talkative than any other Nasyk I've seen.

Feels like a ploy, but better than sitting in silence staring at each other down.

The Eiuka formed in the latter days of the Malisyk, and their separation was one of the final nails in the coffin of their cruel reign. Encouraged by a series of defections and internal strife, The Eiuka split from the Malisyk, led by Master Shame-Face (Idraeda Eiu De'al).

We managed to get in close enough to take a shot at a Malisyk Assassin General. It was not easy, I took two knifes to the chest and arm giving Johnny enough time to put his brains on ice.

We got the job done, and for once Johnny actually called me by my first name. Good thing too... I was getting real sick of being called 'stab-mittens'

With Eiukan knowledge of the Malisyk and foreign resources, the world finally had a means to rid themselves of the cannibalistic terrorist nation.

The Blood Snow Offensive lasted two years and ended with the decimation of the Malisyk leadership and military might. More importantly, it gave the Eiuka a positive connotation in the world, a counter-point to their insidious past.

Despite all the grief I give that Nasyk, he really took some hits for me today. Got ambushed by a true Malisyk assassin today while lining up their stronghold general.

Stab-mittens held him off until I could turn that fuckers head into a canoe. Took out my sidearm, popped the assassin twice in the chest and got Noh-rajh patched up. I can't deny the fact that he took two gnarly wounds to keep me alive.

Following the Blood Snow Offensive, the Eiuka focused on converting the old strongholds into cities dedicated to protecting the once-victimized Faecha and squashing out any Malisyk cells still in operation. This action continues even into the Banner Era, despite the Eiuka's best efforts, some Nasyk still embrace the dark ways of the Malisyk and attempt to bring back a resurrection of its former glory. They continue the fight against them, while sending Eiukans out to reinforce their reputation among the stars.

Three years after the offensive, guess who calls me? Mister Bigot Johnny, wanting to invite me to have a drink at the bar he opened in Aempis.

I went to visit him of course. Gave me some 80-proof amends on the house. Seeing him actually treat me like I wasn't going to stab him in the back; means my little project is complete. 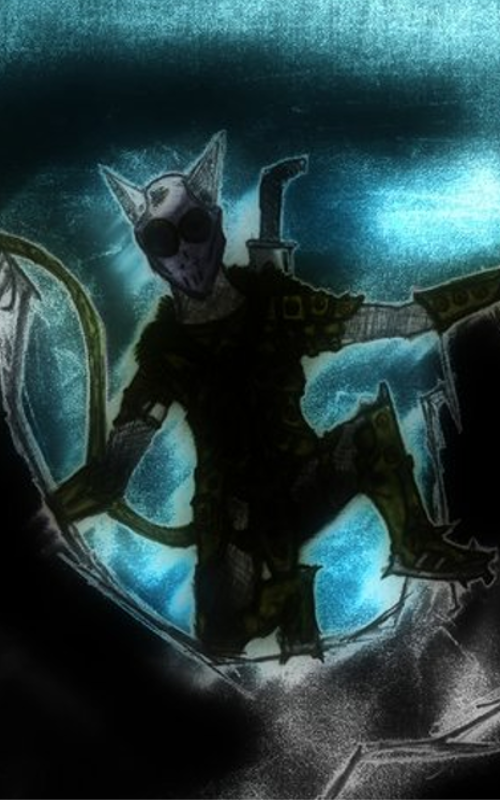 Enjoyed reading about the Eiuka and their struggles against the Malisyk? Why not read more about their plight?

The Assassins colder than the ice they live in.

The Nasyk are the survivors of the Sazashi. They thrive where every other race flourishes and boast fantastic coordination and marksmanship.

A culture of cannibalism

Answering: "Describe the most marginalised ethnicity in your world."
Visit Barron's Competition Page Check all other answers to this prompt Competition Homepage