GHG Session 19: My Pants Were Already Down!

Month 9, Week 2, Year 918
With Argus rummaging through the remains of Ryuna Ivasar’s mansion, Zan’kiri turned Ryuna’s literal remains into an undead skeleton for carrying Bubbles’ barrel around. Meanwhile Ys pored over The Queen of Lost Things, a pretty dense tale of an elven girl getting lost in the Fey Plains sometime in the mid-3rd Cycle. Even with the mansion’s enchantments lifted and the doors reopened, there was a tension in the place over what to do with Phaedra. Her impulsive antics and wild magic had nearly killed the party, and now the time had come for a vote on whether to banish her from the party or keep her in check.

Ys and Bubbles voted to let her stay, but Windred and Zan’kiri both wanted her out. That left Argus as the tie-breaker, but he managed to delay his decision by continuing to plunder the mansion. Ys was also upset at Phaedra’s behavior with Ryuna, but she believed that Phaedra could still play a vital role in helping to defeat Bianca (who seemed to be getting her powers from a fiend referred to only as Grey Hat). In Phaedra’s defense, her pants were already down before she even realized what she was doing to Ryuna. After a lengthy bout of telepathic negotiating between Argus and Windred, in the end the bugbear chose to side with Ys and Bubbles in letting Phaedra stick around until Bianca was defeated. And so the Fortunate Five kept its namesake six-member size.

The voyage back to Ardin was awkward and exhausting, everybody focused on collecting their bounties and resting up before their next mission. Frogina peppered Zan’kiri about all things necromantic, especially now with two examples of the undead following the party back to town (Argus had found a decently intact sahuagin skeleton in the floorboards). Overall the party made a killing in their week of monster hunting, an ecstatic Sardivelian named Mario Mario paying the group 5,000GP for clearing out Ivasar Acres. The town looked even rougher than usual, a dark mood settling over the place after half a dozen disappearances attributed to the hauntings

There was a reporter from the Treeleaf Times that wanted to interview the party at the Sandbox tavern, but the group decided to save that for the end of the day. Phaedra disappeared for a bit, and Ys made herself magically disappear to stalk Windred over to the local Shroud HQ in Ardin. It seemed like the resident kalashtar was filing some kind of report that Ys couldn’t understand without Comprehend Languages, but Ys managed to spy on Ulmo (the local Shroud agent in Ardin) and his pervy conversation with one of his political allies. Now all that waited for the party was their greatest challenge to date: public relations. 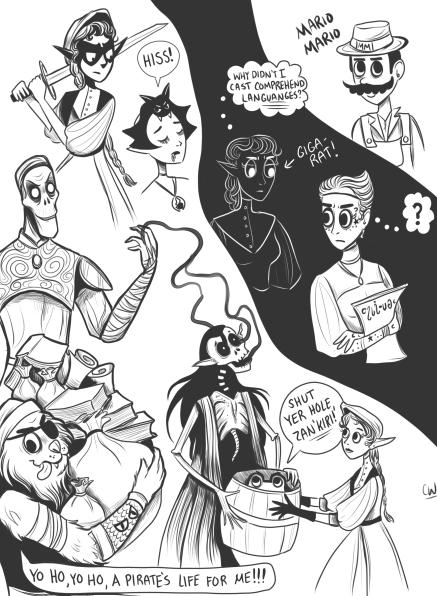 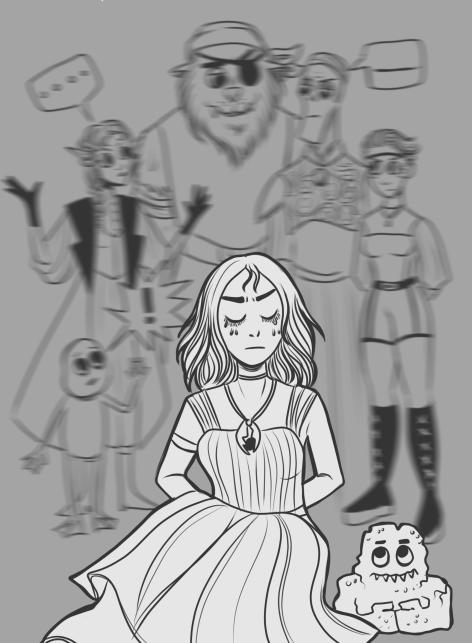