Darkness Moon Chronicles    Conditions    Viral      Myeli Commosis
It was late raincall of 1918 EoL when a deadly plague tore through the Winter Moon Pack, killing hundreds of werewolves, humans, shapeshifters, sirens, and witches, and eventually being snuffed out near the end of 1919 EoL. This plague has gone by its simplest of names - the Plague of 1918 to 1919 EoL, yet its main name is myeli commosis. It was a virus that lasted exactly two years and was labeled the worst pandemic in the Winter Plains.   Myeli Commosis is a vile disease of grub rot and zombie-like hunger in the form of rabies. It usually spreads among infected people by bodily fluids, but more commonly through saliva. Legends state feral instincts take hold and force someone into a frenzied mental state where they can take on whole armies. In such legends, there are bits of truth to be found.   The disease can be found in forest areas, where filth piles up. It is unknown where the disease starts, whether from contaminated water, a fungus, or a leech. However, once someone is exposed, the infection engages in rapid and uncontrolled growth on any fleshy matter it can reach.

Vampires vs. the Plague

With the war still raging on, the Itudean vampires that captured any infected species spotted symptoms that made their skin crawl and abandoned the infected, leaving them to their own devices. In most cases, the infected would attempt to chew through the ropes or chains holding them and then search for food. If unable to escape, their bodies would decay until they succumb to the infection. During this time, the Itude Empire pulled out of the Winter Plains Region to avoid any of their soldiers being killed by ravenous beasts.

The first symptom dissolves flesh quickly, breaking it down in short order to continue its takeover of the corpse. Expansion is so rapid that a patient observer can see the infection's growth and the flesh's disintegration with the naked eye. The infection begins on the skin but quickly makes its way to interior tissues, and within a day, the infected almost universally perishes, already in an advanced state of decay.   Other symptoms usually include lethargy, weakness or discomfort while the rot sets in, weight loss and appetite, vomiting, and fever or headache when the rot affects the face.   While a variety of treatments prove effective at stopping the progression of the infection, all require harm to the patient’s body; the disease takes hold so rapidly that it requires full body treatment, including one’s insides all at once, but to do so is just as deadly to the patient. Unless an exposed extremity can be removed within the first few minutes of infection, this infection is always fatal and quite painfully so. Infection occurs after exposure to the rot, whether dormant or actively consuming flesh.   The effect persists until death. If, after exposure, the flesh exposed is immediately excised, cauterized, amputated, or otherwise rendered unconsumable by the rot, the infection can be contained. Toward the end of the stage, parasitic eggs are laid in the infected person's intestines. No one knows how this happens.

The second stage is vicious hunger. The feral aspect of those infected is unleashed, which, combined with an inexplicable lack of self-preservation, makes such souls a nightmare to battle – or live within the interim. Of course, the value of such ferocity is short-lived, and in time the infected’s brain turns to, as examining physicians digging into cadavers have put it, mush, like overcooked meat in stew. Once the brain has been turned to mush, the cure is impossible to administer. The sympathetic thing to do at this point is to kill the infected or put them out of their misery.   Other symptoms include confusion, agitation, delirium, abnormal behavior, and insomnia.

Stage One: This stage lasts for a week, and symptoms don't start appearing for three days, in which damage to the internal organs has already begun.   Stage Two: After a week, stage two begins and lasts for a few days before the final stage takes hold.   Stage Three: The final stage is quick to take effect, and nothing is left of the original host. Either the host continues its vicious hunger cycle until it dies, or someone can put the host out of misery. 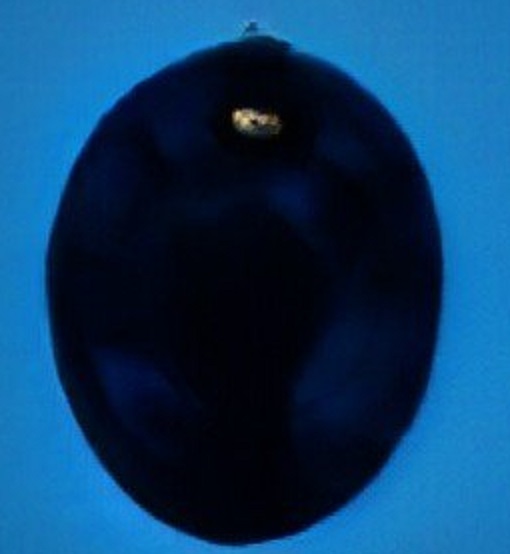 by Amelia Nite (Artbreeder)
To be cured, one must have a Night Hag's Heartstone, which can be very hard to obtain, but the ritual involving the heartstone must take place at dusk under a full or new moon.

Avoid anyone who is showing symptoms. If unable to do this, fend for your life and possibly kill the infected person. If you are bitten or have been infected by other bodily fluids of an infected person, report immediately to the closest Healers of the pack.

Bodily fluids are the form of transmission, but saliva is the easiest, as one bite is enough to start the infection.

If one makes it to stage three, they are in for a disgusting turn of events. With the rot having decayed a large portion of the host's body, hunger starts to set in. Often when a host dies and their body is dissected for an autopsy, a large cluster of rot grubs is discovered within the victim's digestive tract. The grubs are also massive in size, entirely blocking one's intestines so that no sustenance gets through the host without the grubs first taking its share – a large share indeed.   Weakened immune systems, cerebral dysfunction, anxiety, and hallucinations are the final symptoms of the disease.

If found early enough, the disease can be treated to slow down the symptoms until a full or new moon comes and a Night Hag's Heartstone is acquired. The early signs usually lethargy and discomfort in the joints and other muscles. The longer the treatment is held off, the worse the symptoms will get and push the infected toward stage two.

Once the cure has been used, the infected person is taken to a quarantine zone and monitored for the next couple of weeks to see if symptoms persist. In some cases, the urge to eat raw meat remains, while others experience weakened immune systems. Now, it is much easier to catch colds or pneumonia. For those who experienced large amounts of rot, their bodies may never recover, and if the body does heal, massive deformative scars will cover their body, horribly marring their appearance.

When myeli commosis first appeared in late raincall, around the 28th to 36th of Gribmm, pack members blew it off, calling the virus a variation of the flu or any rabid attacks done by wild animals or rogues. Then, people started dying. The death toll rose to 735 members of the pack after the first two weeks. Soon, the virus began popping up in nearby villages. Alpha Carl McClain set up pack patrols to contain the virus and ordered anyone who thought they caught the virus to report to pack doctors.   Six months passed, and the virus seemed to settle down, but no cure had been found. Carl called the decreased outbreaks a reprieve and expected the virus to break out again and start causing more mayhem. The break lasted for a month, and then the death tolls for the region rose again. Luna Uma McClain grew anxious with the virus plaguing the Winter Plains and sought a cure. She searched for a year, eventually being told by a traveler that a man in Caldows Hollow had what she sought.   Elated with the news, Uma followed the advice and came across a man with white hair. Uma didn't explain her meetings with the man, just that she found a way for the plains to be cured. Well, more importantly, her only child, Fredrick McClain, had caught the virus, and Uma couldn't handle watching her baby boy slowly turn into one of the flesh-hungry, rotting creatures. Uma made a deal with this man for the Night Hag's Heartstone, and after a couple of weeks, she received it. Strange enough, Fredrick made it through the virus, but Carl did not. After his death, the Wolf Council activated the pack law that would force the Luna to simultaneously die alongside her mate and be buried together. Shortly after, the ritual to stop the virus was completed under a full moon, and the pack returned to normal.
The Truth

Those who read Uma McClain's Diary know that Fredrick McClain didn't survive the sickness. The man is none other than Viktor Tyler and the real mate of Uma. They had a secret love child together, and upon using a Greater Birth Spell, they increased Uma's birthing time, and she secretly replaced her dead son with her newborn child. Viktor only went through with curing the pack so that his offspring could live.

Answering: "a condition considered monstrous or "unlucky" by some"
Visit amelianite's Competition Page Check all other answers to this prompt Competition Homepage