Darkness Moon Chronicles    Geography    Eskǎvaëís    Chymoús Countries      The Moonlight Expanse      The Winter Plains
The Winter Plains is home of the Winter Moon Pack, the fifth and final territory of the Moonlight Expanse. In Judash of 1493 EoL, many werewolves, who were disgusted by the act the Alphas committed toward Empress Sin-Yeona Cheonsa, broke away from their respective packs and headed down south, where Bavara, the Moon blessed Liricus McClain with becoming the first Alpha of the Winter Moon Pack. By 1955 EoL, Alpha Rider McClain's first shift revealed him to a golden wolf, and in 2002 EoL, Alpha Heir Jack McClain became the second golden wolf to ever exist. As of 2008 EoL, Jack is the only golden wolf remaining.

Located to the very south of the Moonlight Expanse, the Winter Plaisn is a subarctic region, having cool glimmercrests and cold icegrasps. Most of the rainfall occurs during the glimmercrest.
Chymoús
Open full size
The continent of Chymoús, home to the Itude Empire, Moonlight Expanse, Flight Academy, Conjura, Phoenix Sun, and Sorrel Kingdom.


What species live there?

Many farm animals can be found scattered around the plains, but the most known is the unicorns that the Winter Moon Pack raises and trains, along with other horses. One of the unique species living in the plains is the luna moths, only found in the Luna Grove.   A few sentient species that can found are the krer, with werewolves, shapeshifters, merfolk, and sirens living among the settlements.

The Plains are known for their abundance of fire nettle trees that are scattered across the landscape. The seeds the fire nettles produce are always snatched up and planted near werewolf pack to help deter vampires from wanting to get closer to the cities.   In the Howling Woods, all trees and plants are common, such as the birch trees, oak trees, and pine trees. However, the Glowlichen Forest harbors many types of unique trees and plants, but what spawns the most around Waterrock Run is the everbright moss that seems to spurt out a purplish mist or spray of some kind that causes one to hallunicate weird visions (one person has reported to see their deceased grandma telling them about a lost heirloom). Other such plants are the bitterthorn and cherryleaf trees. The bitterthorn trees give off a dark glow and leak a poisonous sap while the cherryleaf trees glow bright and light up the forest to the point that some Winter Moon Pack wolves have mentioned seeing the glowing trees from their houses. The Winter Moon Pack wolves tend to favor the Howling Woods as they don't have to worry about the glowing flora of the Glowlichen Forest giving away their position when hunting.   While in the Howling Woods, there is a safezone created by Bavara to protect the Luna or Lunar of the pack. Inside the safezone, luna flowers can be found surrounded by luna moths and a large Moon Tree can be found in the back, with a secret path within its trunk that leads back to the Winter Moon Pack's Alpha Cabin. 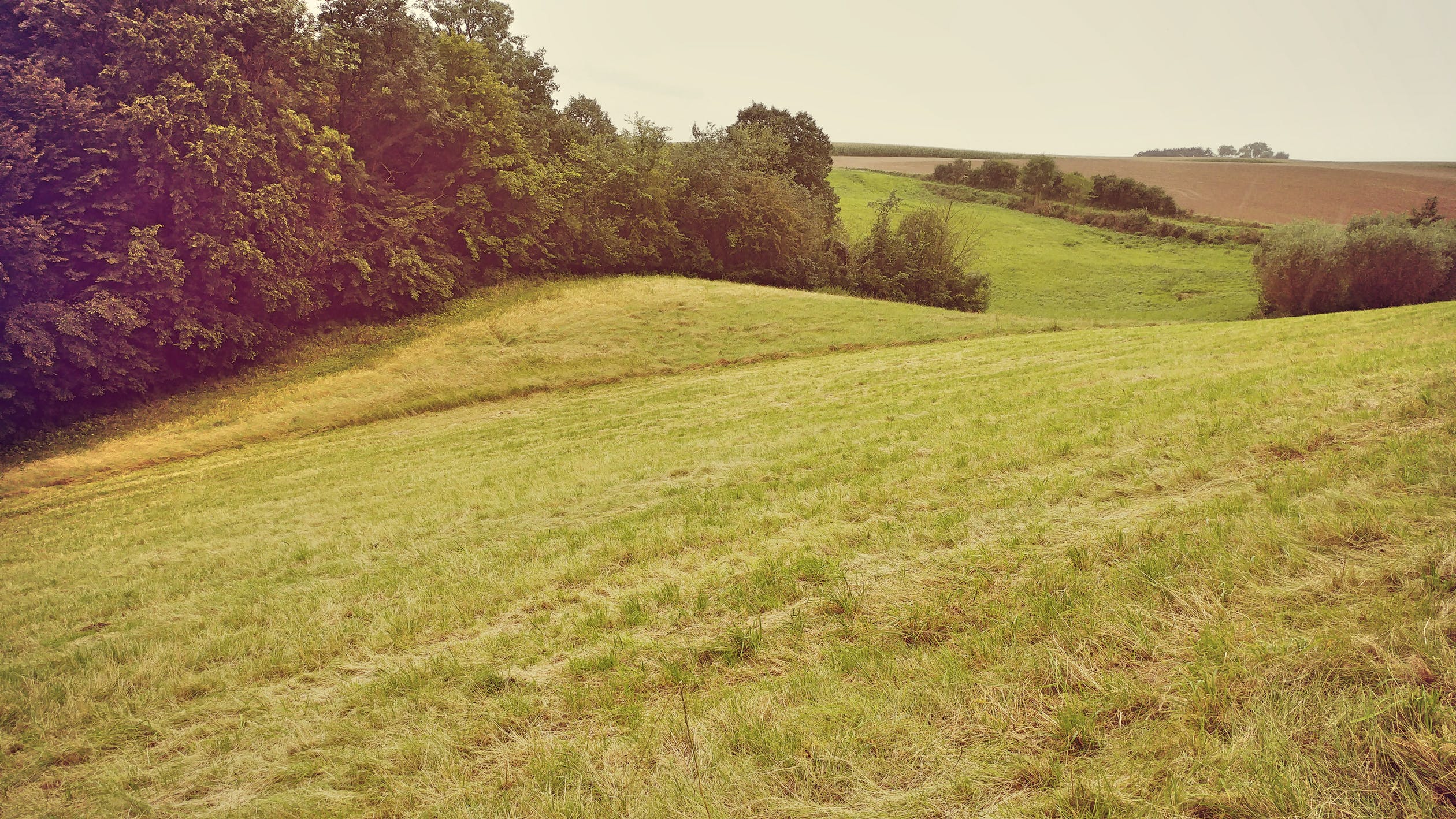 Land of the Golden Wolves

Articles under The Winter Plains