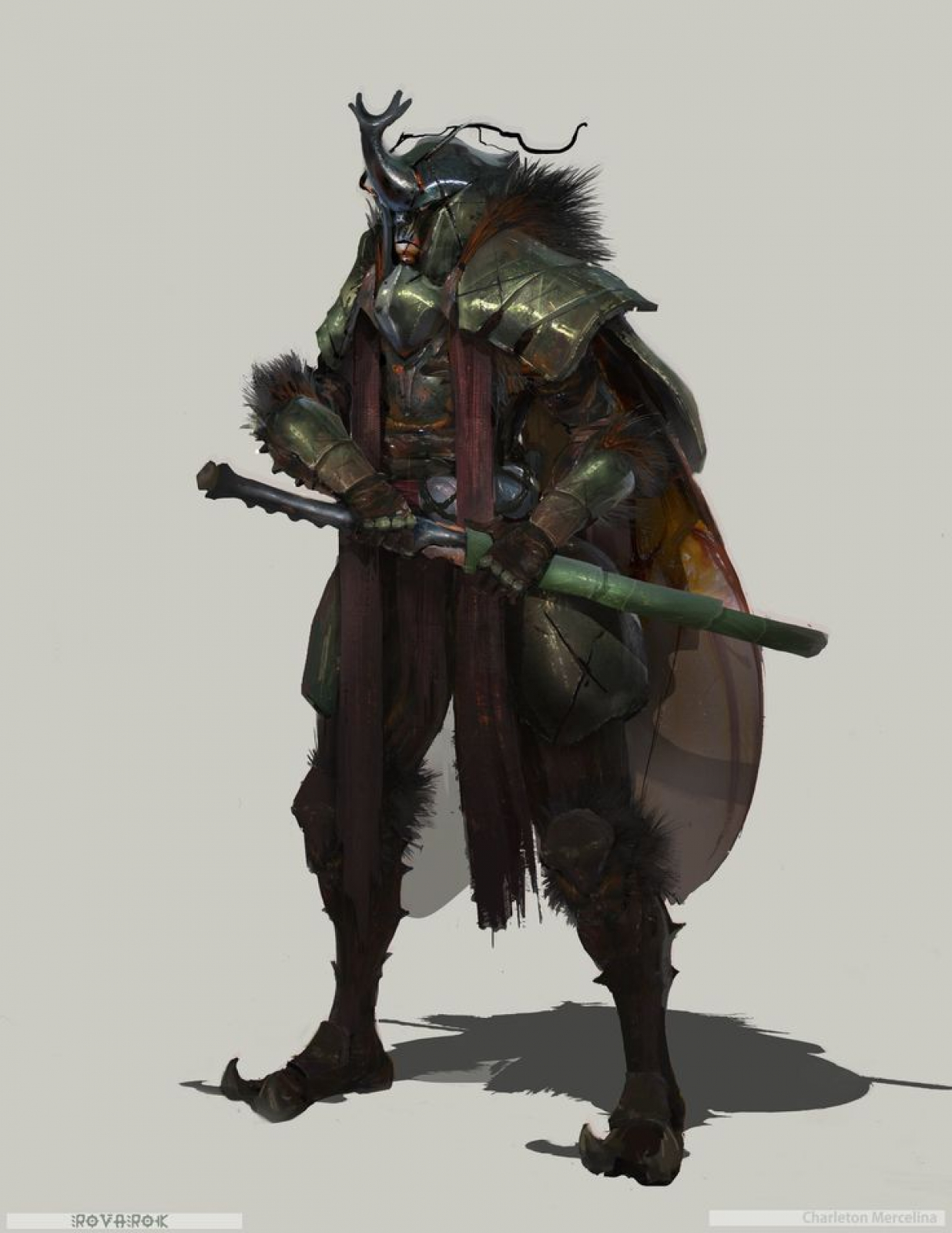 Waste not, want not.
— Cadaverurgy Motto

Cadaverurgy is the art of butchering the many monsters of Araea and turning their remains into the things needed to survive. From the darkest corners of the Far Deep to the scorched and blasted Surface, wild beasts and terrifying horror is a resource never in short supply. The forges of Cadaverurgists are rarely quiet and the results of their craft can be found across Araea.

We were made without fangs or claws, without scale or hide to shield us. We made our own.
— Ramaður-shi, Iron Hag of Dhanû

Although they are not always as durable or tough as iron or steel, Cadaverurgy supplies much of Araea with everything from household items to arms and armor. Swords and daggers are made from talons and teeth, bones are turned into combs, buttons, axes, and cutlery. Nothing is left to waste, from Chitin made into clothing to internal organs left to bloat in ichor than used as crude weapons. What can't be used is ground down to a slurry and fed to either the insect ranches or the poor. 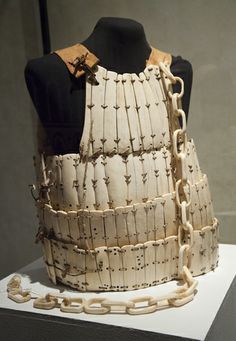 by Lahti City Museum
The quality of gear made with Cadaverurgy range from cheap and disposable to unique. The monsters of Araea come in all horrifying shapes, with scales that turn away spears to eyes that gleam like gems. Most common items are usually inferior to metal, but markedly cheaper. Other times, they have no clear comparison, like hallucinogenic ichor or acidic blood.   In regions where metals are abundant, Cadaverurgy is either used to provide for the very poor or the very wealthy. These settlements can afford to be more selective and often pick corpse-parts that provide properties not easily duplicated elsewhere.

Cadaverurgy workshops are usually located outside or at the edges of a settlements, sharing a space with hattick tanneries or Chitin stewing facilities. Here, Cadaverurgists carve, cut, butcher, and drain corpses. Apprentices and workers haul and hang body parts from hooks or stack them on each other in caves for later use. These caverns smell of death, both fresh and old. The floors are colored with dried blood and ichor. This work is not for the faint of heart. 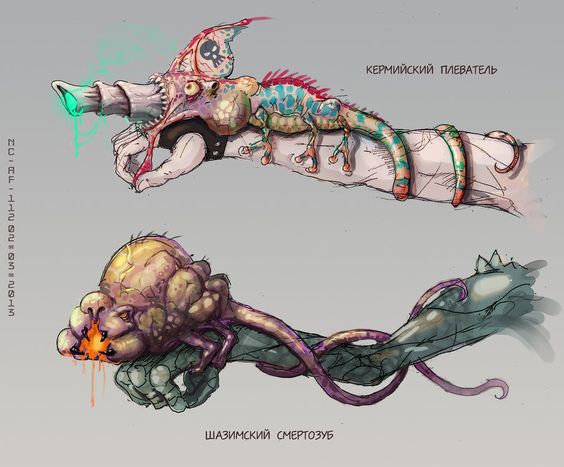 by AspectusFuturus
Beyond tools like saws, blades, and mallets, Cadaverurgists use acids and fungi to help soften up hard material for molding or cleanse a shell of flesh.   Bugs similar to the ones used by the Shikei to clean skulls are sometimes let loose in the facility to clean up any scraps that fall to the floor.
Working in a Cadaverurgy workshop is a hazardous venture. Some beasts release deadly vapors or acidic gasses as they decompose, while others bristle with venomous quills or filled with infectious, consumptive blood. Cadaverurgists masters are a careful sort that always lets their apprentices be the first to dig into a new, unknown cadaver. 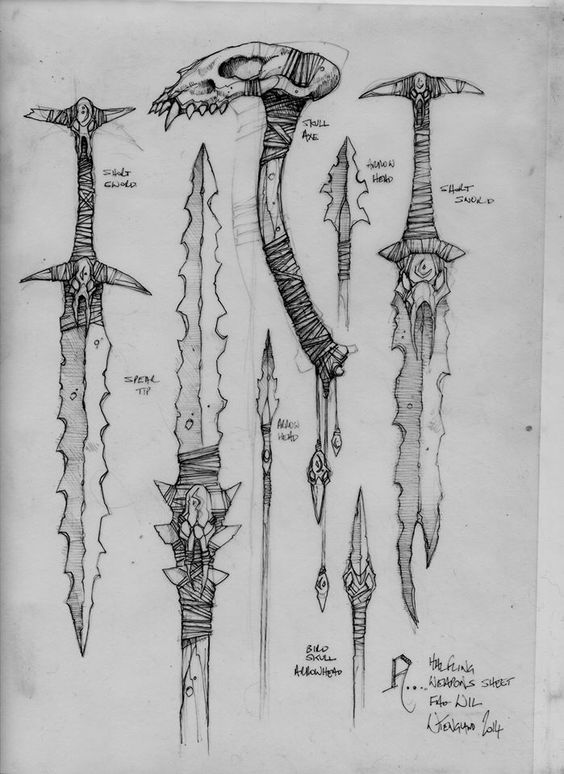 Forge of Bones   Located near Dhanû, Izhaso is one of the most infamous forge-cities dedicated to the art of Cadaverurgy. In its sprawling cavernous forges, a steady stream of felled beasts are butchered and reformed. The Forge of Bones is so busy that it is said its ichor-slick floor never dries.   Read More About Izhaso

One of the most commonly used components is Chitin. The shells, carapace, and armor of a wide range of critters are used to create clothing, armor, or jewelry. While the art of Chitin-crafting is generally considered separate from Cadaverurgy, the two share many techniques and often work in the same space.   Read More About Chitin 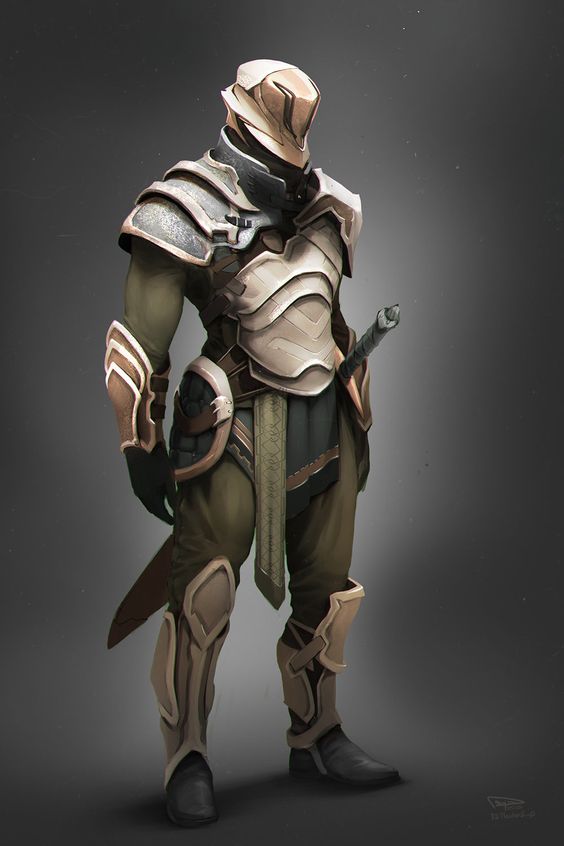 Not all corpses are so easy to find. When a Zaveru dies, it melts and leaves behind transmuted ice. This ice is stronger than steel and screams in the wind, worth well beyond its weight in gold.   Read More About Zaveru Ice

The left-overs from the day of crafting is often gathered into a pile and ground into a thick paste, then boiled in a cauldron.   Fresh fungi or bugs are added to fill it out and resulting "Corpse-Stew" is fed to the workers.

Magic is one of the most effective ways to perform Cadaverurgy. The theurgs can channel their magic into the carapace or crystalline-claw and reshape it as they desire, unrestrained by factors that limit mundane crafting methods. But working the reality-warping ichor of spirits into the material means they sometimes emerge... Wrong.   Theurgs often seek the more unusual and strange cadavers brought back by hunters. Such choice pieces are often ideal for creating reservoirs or artifacts. But Thaumaturgy is rare and its practitioners shunned by good folk.   Read More About Thaumaturgy
Technology

The name of the work done by the artisans of the Forge of Bones?? What a great name! I love it. Another excellent article here, Q! I love the detail of the article, and the interconnection of it with your other latest work.

Yep - although I didn't know it until I got here. Names are hard! LOL   I am glad you enjoyed it <3 thank you! 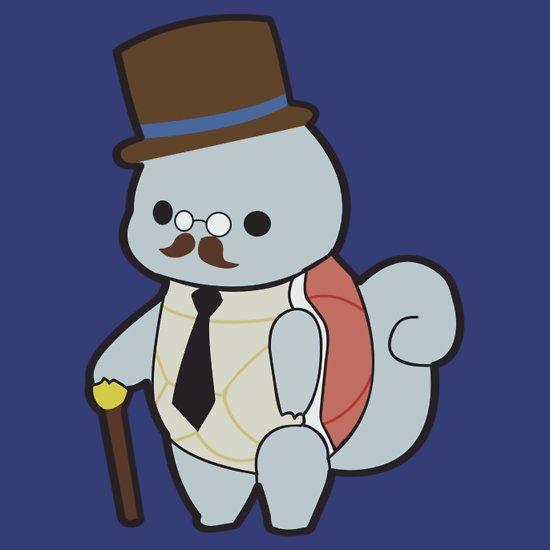 I must say, how gruesome sight this is! I can imagine the foul stench that come from these butcheries of flesh, chitin and bone!   Awesome.   Pictures are great, writing in excellent, and once again I'm totally emerged. Word magic! Awesome job Q!

Thank you so much! Word magic is the best kind of magic and the kind I strive for. :D

hehe, using the apprentices kinda like "food taster" in the antiquity. For the hunters, do they travels with heavy machineary/transport system like really big carriage to bring the corpses ? Do they made solutions for reduced the rotting process?   Aside from that, i love the aspect of using everything a-la-monster-hunter. i always believed taking all you could was some sort of "respect" to hunted game and waste nothing instead of just taking some trophies and let it rot.   Nice article !

Oh my lord, this is beautifully made; I like it so much I could just steal it! You really did a great job in detailing how people can make actual weapons and tools from creatures rather than metal, and I find that extremely interesting. Also, much like the recent comment: Kudos on the name for it. It's nice to see how a society can grow when they do not rely on metal.

I assumed, incorrectly, that this was fortune-telling from corpses but this is so much better! Waste nothing, even the really gross leftover giblets and bits and pieces. A good, concise article dealing well with that could be a rather gross subject. I do enjoy the methods in your world of coping with limited resources. Very inspiring, well done.

As always, I'm amazed by the artwork you were able to find that goes along with your article! Do Cadaverurgists have to wear their own kind of armor when dissecting cadavers? Or do even the toughest chitlin fail in the face of acidic blood and venemous quills?

Protective gear is probably a very good idea in Araea, yes. :D Exactly what might depend on the corpse you're working with!   Thanks for the read and the comment! :D