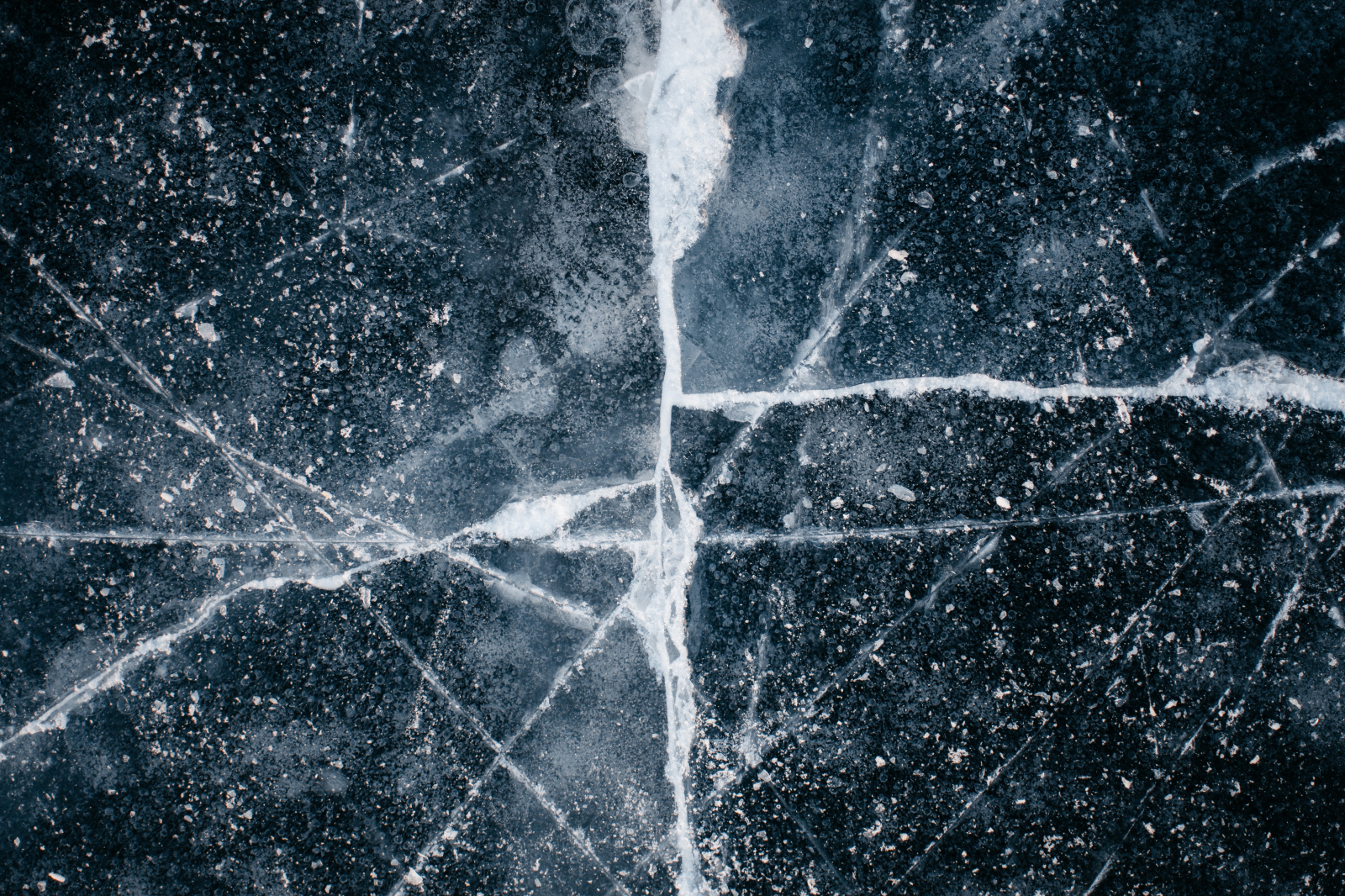 I don't care how prized or how useful it is - ice should not scream.
— Imari, Dhanû Clan-Warrior

When the spirit known as Zaveru dies, it melts and transmutes the ice left behind. Sometimes known as screaming ice or devil-ice, it is stronger than steel and unnaturally solid. Zaveru ice is nearly indistinguishable from regular ice by sight but emits a wild screaming sound when touched by wind. It is rare and valuable, difficult to find and even more difficult to work.

Zaveru Ice is tough and hard while remaining light as ice. It breaks like ice but can endure heavy punishment before it begins to fracture. Unlike mundane ice, the screaming ice only melts when exposing it to great heat. Once it melts, the water has no unusual properties and will freeze back as normal ice. Despite that, water fro melted Zaveru ice is considered cursed - or sacred, to some cults. 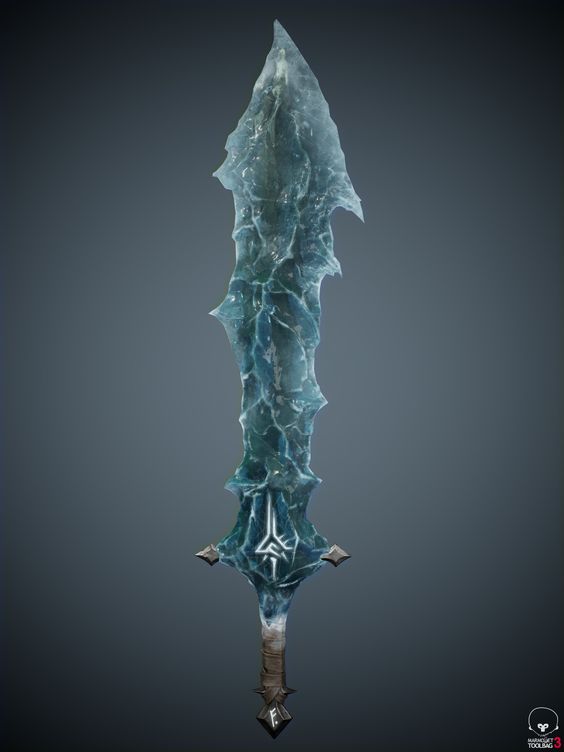 The ice screams when touch by wind, a loud wail that increases in volume with the intensity of the wind. The Dhanû believes the ice to hold the spirit as a prison.   Others hold that the screams come from the victims of the spirits, damned to an eternity in ice.

If left untreated, Zaveru Ice will spawn wiggling worms that form from beads on the surface. These grub crawl around the area of the ice until they harden into small crystalline sculptures after days or weeks.   These eyeless, mouthless larvae never number more than a dozen and are never eaten by predators.

Zaveru Ice is rare and difficult to work with. Individual pieces of ice cannot be forged together by mundane means and attempting to fuse them together by melting results in seams of normal ice. Swords or large weapons are rarely made out of the screaming ice, but spear or even axe-heads sometimes are. These weapons rarely break unless exposed to great fire and heat. They will hold an edge that lasts longer than their owners. Due to its cold, it is never used for armor.
Weapons forged from the screaming ice are treasured heirlooms and legends, each one with a name and a history. To own such a wonder is to be in refined company.   Other, lesser objects that use only slivers of the ice are not as scarce but by no means common. In such instances, it is the ice's scream that is most treasured.

by Rock Cafe.info
Some craft chimes with ice set in hollow metal tubes or warhorns with fragments of screaming ice on the ends produce horrific noise that frightens and disorient foes. In Dhanû, the only place underground where the ice can be found, some nobles fit their Masks splinters of ice to enhance their war-cries.

In Mharaji, at least one merchant-lord is famous for chilling his drinks with a piece of Zaveru Ice. He claims that no drink ever tasted as good.

Finding and harvesting Zaveru Ice is a difficult venture and one rarely undertaken. The most common way of coming across the rare material is to witness a Zaveru that have already degraded too much to move and then wait for them to melt. Such good fortune is unlikely, however. Hunters in Phrōjhana or Dhanû sometimes prowl the arctic caverns of their homes to look for it. Such hunts either look for the maggots that spawn from settled Zaveru Ice or sound horns across the ground to see if there is a response.

by Rock Cafe.info
Harvesting the ice is labor-intense but not difficult. The transmuted ice must be cut away from the frost that surrounds it and sometimes parts of the cavernous ground or walls must be chipped away. Working with the ice is far more difficult, with the steel-like ice resisting tools and easy sculpting.   For larger items, the crafter typically start with a larger block of ice and chip away at it until they have the desired form. Fragments are saved for the other in smaller objects.

Zaveru   Least spirits born from cold and blizzards, the Zaveru seek to snuff out all warmth that they come across. Wild amalgamations of limbs across flesh-like ice, the Blizzard-Spawn are dangerous and unpredictable creatures.   They are most common in the Surface like the Phrōjhana Region , but some can be found in the cold Sheoin Region and some parts of the Far Deep.   Read More About Zaveru 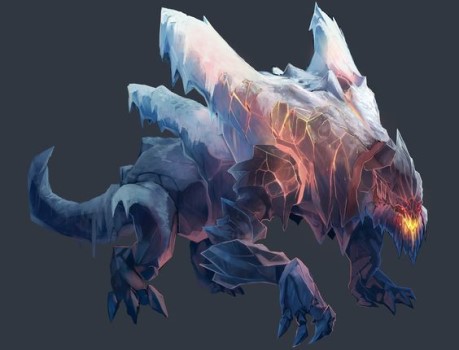 Zaveru Ice is rare and even more so beneath the blasted Surface. The Blizzard-spawn only really appear in the Sheoin Region and even then they are uncommon horrors. Screaming Ice is rare and valuable as a result, for those who dare use it.

The Omen is a rare and hallowed artefact made by the Dhanû and stored deep within the Exarch's vaults. It is a massive horn taken from some great beast, tall as a man and three times as long. Skins have been stretched taut over the end of the horn where the drummer's seat is located and the front have iron bars covered in screaming ice.   When sounded by drums, the screaming wail of the Omen can shatter ice and burst eardrums. Some drummers have claimed to learn how to tease out different types of screams from the ice by drumming in different ways. 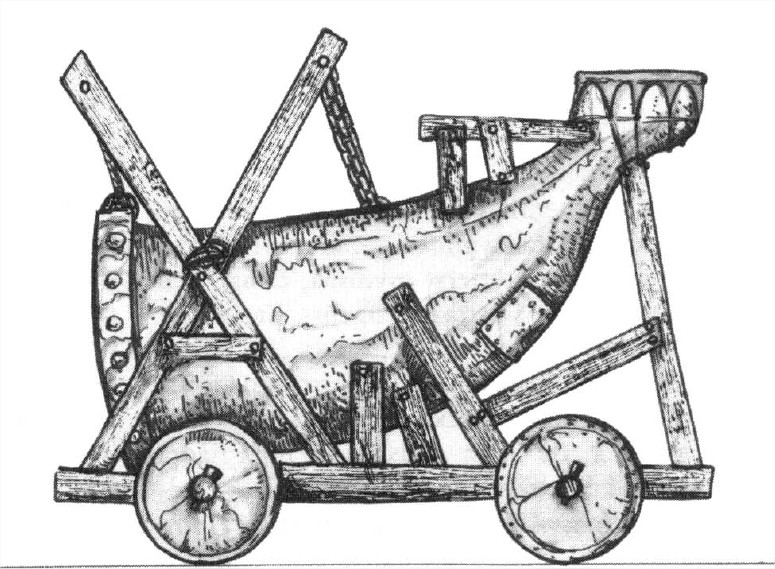 
Thaumaturgy can shape the ice like any other substance and its spirit-suffused nature makes it almost easy. For those with arcane knowledge, sculpting Zaveru Ice is like molding clay.   Zaveru ice are ideal for crafting Repositories and Artifacts, though the use of Thaumaturgy on the spirit-ice sometimes has unforseen consequences. 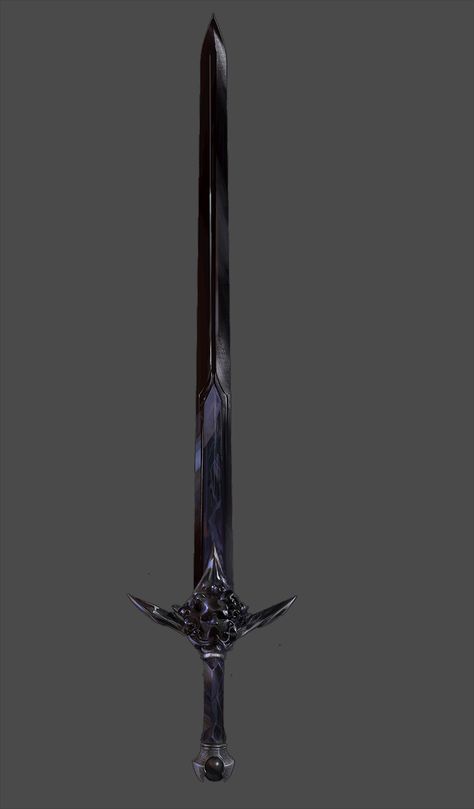 The Omen of Doom is a really unique and fascinating thing! It sounds like an incredible siege tool, a way to make sure your enemies stay terrified and unable to sleep. This stuff reminds me a bit of Elder Scroll's stalrim, which I imagine is based on other mythology, but the addition of the screaming really makes it.   My favorite section is the "uses". Seeing how it's used beyond just weaponry really brings it to life. The aspect of the screaming masks is probably my favorite use of it.   How sharp and strong is it really? I imagine it must be very sharp, for it to be worth the effort of shaping it. Say if you were to square off against a heavily armored knight, would their armor be strong enough to deflect it? I'm curious the upper limits of its strength since they're not really given.

The ability to deflect is not dependant on the strength of the weapon's material but the shape and resilience of the armor and the attacker's strength, precision and the shape of their weapon.

I definitely need to write a story or something featuring the Omen. :D   Generally speaking, normal rules apply. It isn't magic-sharp so a sword could get through platemail, but it's stronger than steel - but the upper limits are intentionally vague. It's harder than steel, but breaks rather than bends when stressed. If I converted it to D&D, for instance, I might give it a +2 damage modifier.   Still, if you get stabbed with a spear of the stuff, you're going to have a bad time. :D