"To this day, it is still a mystery what happened to the Lion's Resolve. Such precious relic for Amice was not found within her grave, in the Circle of Heroes, nor was it inherited by any members of the Lionhart family that we know of. We can all but speculate what happened to it, until some treasure hunter happens to find the circlet."
— excerpt from "The Biography of Lady Lionhart"


The Lion's Resolve is a circlet that belonged to Lady Amice Lionhart. It was a gift from her dear adoptive brother Charles Maine after he assumed the role of King, one which she kept close to herself until the end of her days.

The relationship between Amice, leader of the Resistance, and Charles, leader of its subdivision Steel Wardens, grew strong through the years since the girl was adopted by the Maine family. When the rebellion took back Archana's independence and Amice refused the crown, Charles felt that at least he should give her something like a personal gift, along with her title of Lionheart, a public show of gratitude. The Lion's Resolve was that gift, a circlet to remember her of his respect and love for her.

She kept it with her for her entire life and even brought it to her secret grave when she passed away.

As Amice passed away, her soul bonded with her circlet. Since she was very powerful, her consciousness remained half-intact in the item, like a whisper to the wind. Whoever wears it, will be able to feel these words, feeling her courage and determination flowing through them. 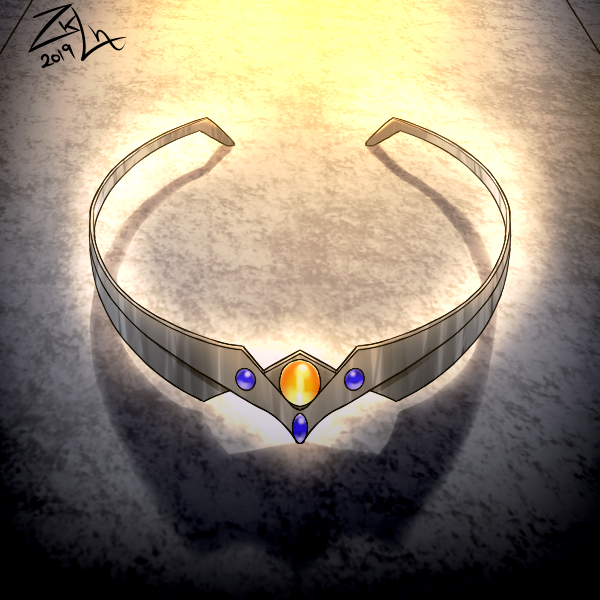 Savior of Archana and founding mother of the Lionhart family

A lineage of heroes