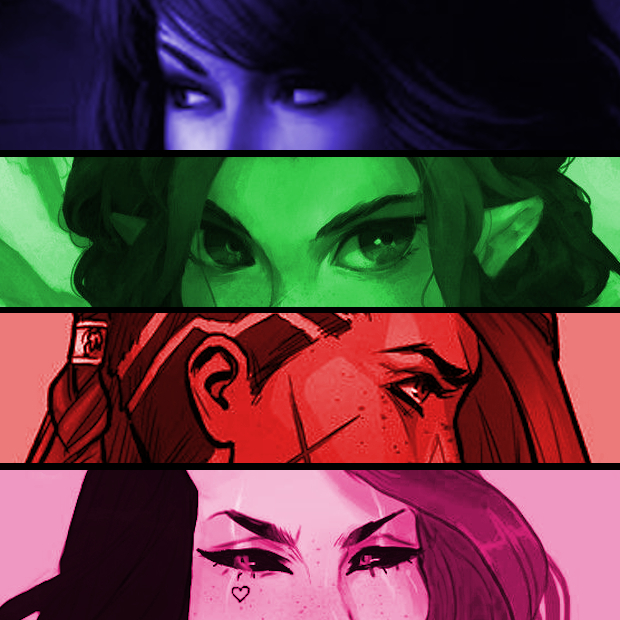 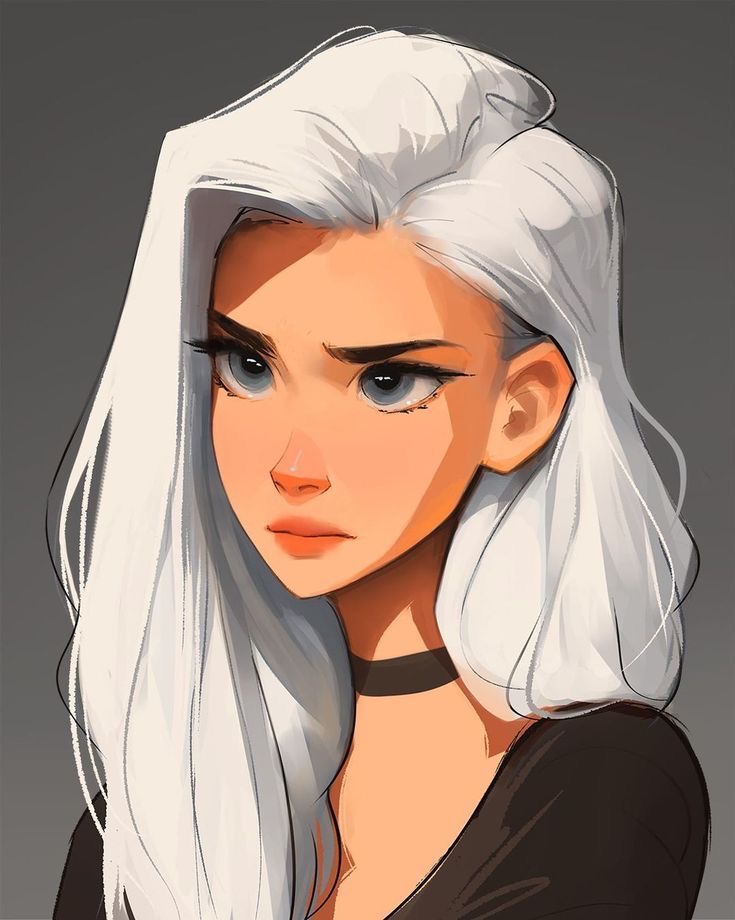 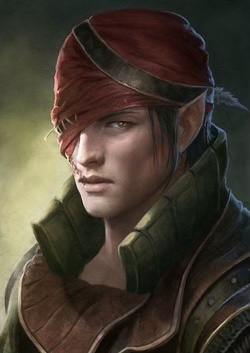 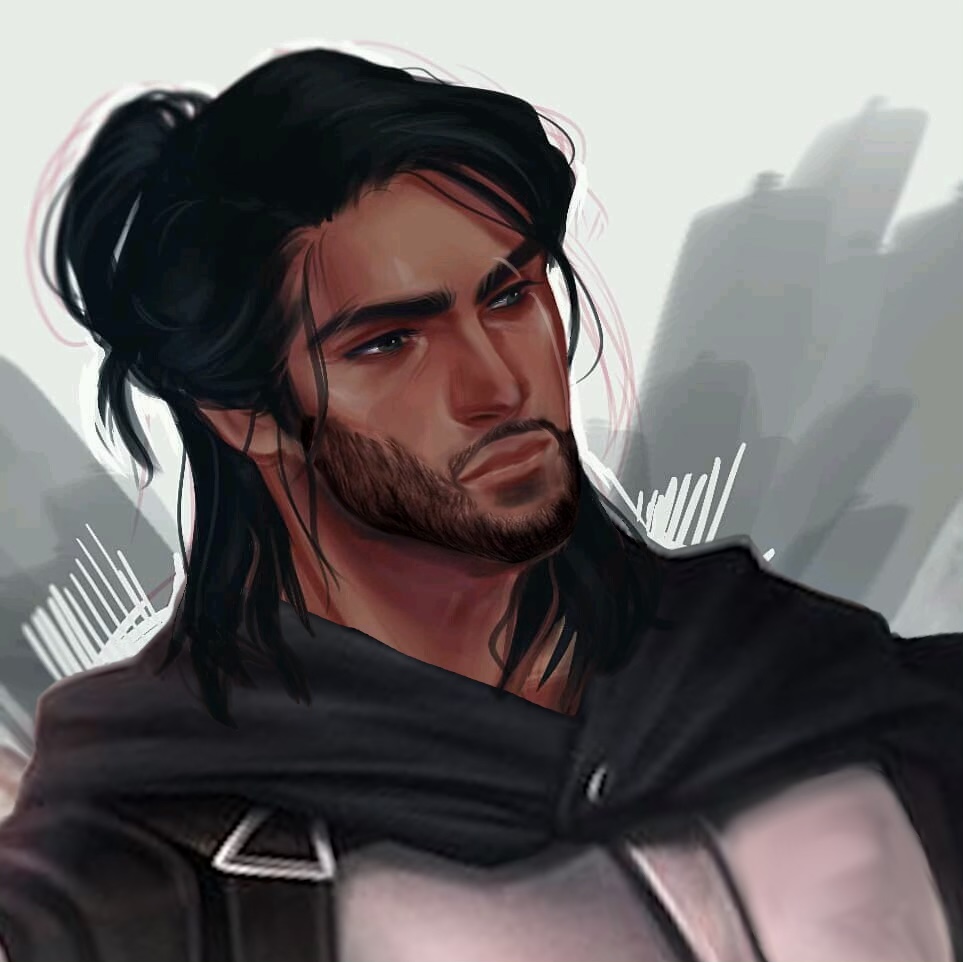 Avaahn, born and raised in the Elarian province of Vatia, was trained at an early age for combat. Specializing in stealth, Avaahn became a deadly assassin from both range and close quarter combat. After the fall of the Black Dawn, due to the murder of his brother Alathar, Avaahn went off the grid for a year. However, due to the Cromoni Mafia's vengeance, he has been thrust back into the criminal underworld.

Avaahn has a recognizable scar running across his left eye and down his cheek, which was caused by Alathar while sparring.

Avaahn is outfitted with a black cloak, a black undersuit, a metal chestplate, and a harness that is connected to his grappling system.

Avaahn Casper is the third child of Aldrin and Alaina Casper. The Caspers are an influential family in Elaria, as Aldrin is a highly respected member of Parliament. Alaina was an assassin sent to kill Aldrin, but in a twist of fate, the two ended up marrying. Avaahn, along with his other siblings, were sent to a training academy, in which he learned his abilities as an assassin.

After graduating, Avaahn picked up contracts for assassinations. New and wide-eyed to the scene, he didn't really discriminate against his targets, but felt as though the killings were justified. However, things changed when he was assigned to assassinate the CEO of Castellan Enterprises, Virelios Castellan. It turned out that the job was a set up, and Castellan had brought four criminals together in order to start his venture into being a "criminal mastermind".

As Avaahn spent time with the Black Dawn, he spiraled into killing more and more, becoming acquainted with death, yet still getting a hit of adrenaline every time. However, as the Black Dawn grew more notorious, the Slicers were sent after them. Alathar Casper, his older brother, was a slicer and the second-in-command. After hunting down the other slicers, Avaahn and Alathar faced off in a duel at Casper manor. Avaahn defeated Alathar and spared his life, but his associates Tarik and Daedalus finished the job, murdering Alathar.

The death of his brother led to the disbandment of the Black Dawn, as the group went their separate ways. During this period, Avaahn struck a deal with his sister, and twin to Alathar, Elincia Casper. Avaahn went off the grid and stalked Tarik Gamathanki in the shadows, picking up information on the state of the criminal underworld in the process. Avaahn assassinated Tarik with an arrow through the neck, piercing his vertebrae and shattering his spinal column like Jenga. Afterwards, Avaahn freed his younger sister and best friend Evaahn and disappeared into the Fey Forest, hoping to be never seen again.

However, Avaahn got entangled back into the criminal underworld as Jinx appeared at his front doorstep, telling him that his position was compromised and he was in danger. At that moment, Isabella Cromoni showed up, demanding his head. Avaahn and Jinx escaped in the Nightrunner, and now he is stuck back in the Black Dawn, with Cromoni on his heels.

Avaahn, along with all his other siblings, attended a training academy from a very young age. Taking after his mother, he was trained in an assassin skillset, specializing in stealth and precise attacks that can end a fight in a moment's notice. It was here in the training academy that Avaahn formed his rivalry with his brother, Alathar. Although Alathar was the older sibling, he was jealous of Avaahn, who was excelling. The two often sparred.

A defining point in Avaahn's life was the death of his brother, Alathar. Although Alathar. This caused the Black Dawn to split and Avaahn to go off the grid. During this time, Avaahn got his vengeance by killing Tarik. He freed Evaahn and the two of them disappeared into a fey forest in Elaria. The solitude he found in the forest was a chamber of reflection for Avaahn, introspecting on his past and himself.

Avaahn's sole motivation is staying alive, running from those who want him dead. Due to this, he is reluctantly back together with the Black Dawn.

Avaahn has little contacts in the criminal underworld, especially after he went off the grid, although he gained a lot of information while scouting out Tarik.

Isabella Cromoni is dedicated to finding and killing Avaahn out of revenge after Avaahn killed her boyfriend in the raid on the Cromoni Estate. Avaahn does not feel as strongly towards her, his main goal is survival.

Avaahn was born into a wealthy and renowned family in Elaria, and expanded his wealth as an assassin. However, after the raid on his mansion at the fey forest, he has lost all of his fortune and is broke.

Avaahn was once close with his mother, but had a distant relationship with his father, as he was away from home often. However, after Avaahn became wanted at large and the death of his brother, he has been practically shunned from his family.

Avaahn's closest relationship with his family is with Evaahn, his younger sister. She took after a lot of Avaahn's skillsets, but specialized in the wilderness more. Avaahn and Evaahn are best friends, and Avaahn will do anything to keep her safe.

Avaahn and his older sister Elincia are on neutral terms. Growing up, they never interacted much. However, he and Elincia struck a deal to kill Tarik in exchange for freeing Evaahn from the crystal Elincia trapped her in.

Avaahn has an owl familiar named Luna, which he found after exploring the fey forest. The owl had appeared and brought him and his sister to the mansion in the forest, and Avaahn and Luna formed a connection. He can now summon her on his command. 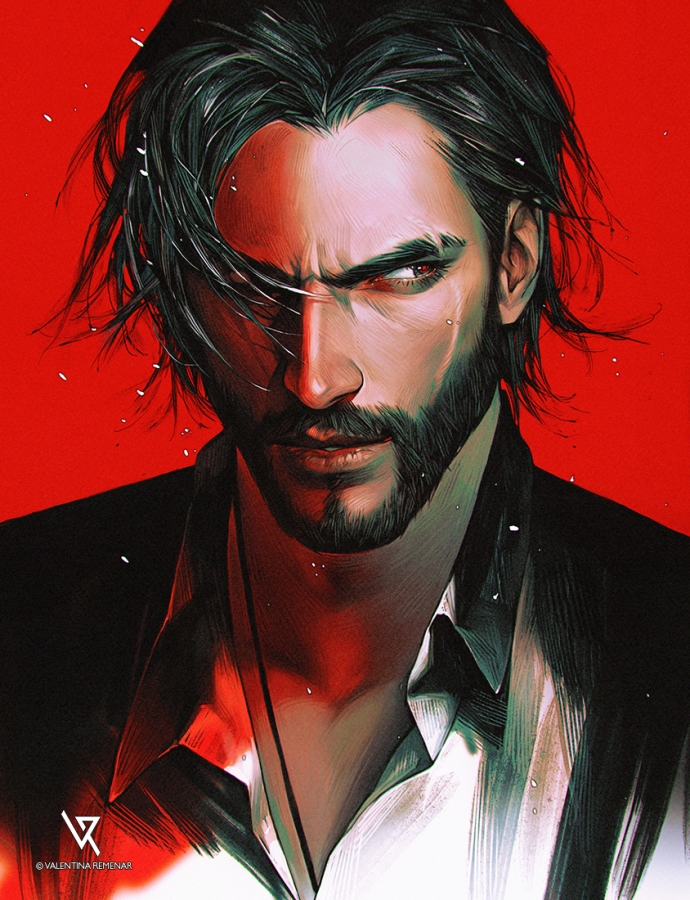 The major events and journals in Avaahn's history, from the beginning to today.

The list of amazing people following the adventures of Avaahn.