Teln are individuals within The Inbound Lands who perform Telling for interested parties.

Teln lack any strict organizational structure, though most areas tend to have a natural social hierarchy based off of specialties, skills, and years of experience. Many Teln tend to self-identify as specializing in particular areas of Telling, though most established Teln are expected to perform generalized readings with ease.

Teln exist to provide guidance services, often in a therapeutic or reflective capacity. The Telling is viewed less as a method of prescience or future sight, and more of a way of guiding the perspective of the Tole in such a way that the person gains insight into the immediate events around their life and decision-making. A Teln functions similarly to a counselor or therapist.

Teln usually carry a Telling Deck, housed within a bag inside of a larger box. Teln typically also carry a few currency (usually Grackles) for making change.   If the Teln does not have a set location for performing Telling (such as in the case of novices), they typically also carry a tenugui cloth with which to lay down their cards for the reading. (Often the bag serves as the cloth, or the box may be wrapped for carrying in the cloth which performs additional duty as tenugui.)   Some Teln prefer atmospheric touches such as incense, candles, scents, or other elements that "speak" to their cards. This being said, many view the art through a practical lens, and avoid such "windowdressing," preferring to let their talents speak for themselves.

The act of Telling is very old, buried in the roots of the Northern Walkingfolk. Teln are common and acceptable expressions of this ritual.

Teln are primarily found with the Northern Inbound Lands, along The North Reach and The Trifold Peaks areas. They are sometimes found within Foxen holds and among the Southern Walkingfolk. They are less common among traditionally Birdfolken areas, and it is unknown if there are any currently residing within the Beanfolk Reservation.

Though Telling Decks are viewed as (extremely common) empowerments, the relative ease of their use (and the tendency of the social group to either reinforce or invalidate the self-identified claim of being a Teln), the Teln themselves are not considered The Empowered.

Teln may come from any background or folk. This being said, there are no known Beanfolk Teln, and there are very few Birdfolk Teln, based on the dominant spiritual beliefs of these folk.

Teln are typically embedded into a particular village or township, with stationary places of service and a community they regularly serve. However, one may find wandering Teln, who exist to provide services to those also on the road, which is especially common in the cases of Novice Teln who have not yet set up a permanent location of practice.

Anyone who wishes to study the Deck may work to become a Teln, though only those who display proficiency and skill in the Telling are recognized as such by the greater community.

Though it is not a spoken rule, it is a hushed taboo to use any kind of magic to influence a Telling. Those who "dress up" the Telling with atmospheric elements, such as lighting or scents, are often viewed as immature practitioners who are "playing at cards" at best, dismissed as charlatans and showfolk, and, at worst, seen as actively trying to influence a Telling through nefarious means.

As an owner of a Telling Deck, the Teln typically works to "charge" their deck: to remove the cards from the innermost bag during circumstances that the Teln has deemed favorable. Typical examples are during the light of a particular moon phase, within fogbanks, or on certain hours of the day.   Additionally, a Teln prides themselves on the reading of body language and the prediction of action or behavior based on bodily cues. A Teln may hone these skills in certain arenas such as theatre, conversation, games of truth, or other areas whose skill relies on observation and mirroring.   Teln also study the deck; for many, this is engaging the deck in regular practice, as well as attending dialogues around the deck with other practitioners.

Teln are usually and eventually self-identified, but their status is also supported or initially identified by the community. Superstitions may point to certain children or individuals as potential Teln, though it remains in the realm of the individual to accept and develop this potential.

Though Teln are viewed within the strict hierarchy of who is "holy" (at least in the case of those whose social group supports this claim of identity), Teln are typically seen as no more or less divine or magical than the other person: they do not have magical powers because of their status as Teln.   Instead, Teln are praised for their perception, their lack of bias, their observation skills, and their insights.

As Teln often also serve as Intercessors (witches and couriers of the Court) within the community, they fulfill the spiritual roles of not only sages and seers - divining, telling, and forecasting - but also of the practical, teaching and providing basic medical skills to the community, caretaking of medical facilities and gardens, and solving general disagreements.   Much of a courier's job appears to the maintenance of health and goodwill among their residents, and the skills needed are generally empathy, counsel, an ability to see the larger picture, along with steady hands, a strong stomach, and a cool mind. In the contemporary North, the place of a witch is not to "cast spells" or "read futures," but to observe, listen, and counsel so that the social health of the community is such that these measures need not be undertaken. The practice of Telling is less for prediction than it is for helping the individual develop self-awareness, practices of inquiry, and the perspective to see the true context of a situation. The common ritual establishes tradition, social continuity, and standards of norms that guide, protect, and safeguard the community within the perils of both the physical and metaphysical realms.   In the realms of the North, life is often harsh and challenging, and this has been true especially in the lives of the Northern Walkingfolk. These couriers and witches provide a means to make sense of this difficulty, and of ways in which the common individual may take means to protect themselves in this environment.   Given their status as holy, couriers are expected to manage and hold each other accountable; in the instances where a community may feel that a resident witch is acting outside of the interests of the larger good, they may entreat other area witches to jury the accused. Judgment is not lightly settled - the absence of a courier in a locale means that the others must fill in their duties until another witch is organically identified and trained - but punishment in the judgment of guilt is swift and harsh.   For all their practical roles within the community, the North is also fully believed to be immersed in the supernatural, and at the thinnest places separating the lives of the Fastwater from those of the Long Face; couriers have traditionally been both the guardians and the gatekeepers of these thin places. Though the current role of the witch is that of communal good and peace - and is strictly maintained as so within the community of their peers - the role of the witch has shifted as the balances of power have changed throughout the ages, and theirs has not always been such a positive perspective. Especially as the power of the Courts have been unbalanced, certain elements have risen to leave their marks on the North. The ancient battle of Blazes against the Old Gods is said to have been a culling of these elements, and large-spread rituals such as The Iao and The Process Way, in many ways, continues that guardianship against any one individual gaining too much power in any one area or compromising the trust placed in the courier by the larger society.

As Teln themselves are diverse in background, it is sometimes easier to explain what they are not, rather than what they are.   Though they use an empowerment (The Telling Deck), Teln are not considered part of The Empowered.   Additionally, a Teln is usually an Intercessor (a Witch or a Courier of the Court), but Intercessors are not necessarily always Teln.   Teln may use magic, but are not seen as inherently magical due to their status as Teln.   The common person may desire to study the Deck, but their larger social group may not view them as a Teln. Conversely, the common person might not view themselves as a Teln, but the larger social group may validate their skills in such, and refer to them as a Teln regardless.

Type
Religious, Other
Currency
Grackles are common currency to pay for Telling. However, it is equally common practice to exchange goods, labor, or favors in exchange for the ritual. By tradition, a Teln can request but not demand a specific type or amount of payment, and must accept any proposed alternate forms of reasonable payment.
Related Items
Related Ethnicities

The Telling Deck is a Walkingfolk fortunetelling device popular in the North.

The Courts of the Kings 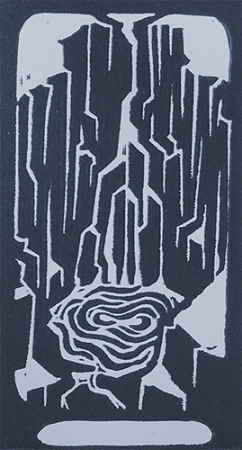 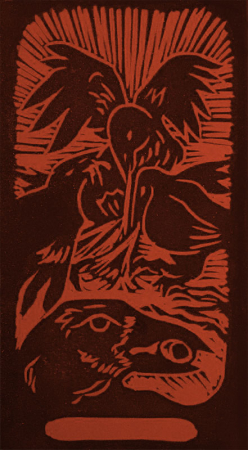 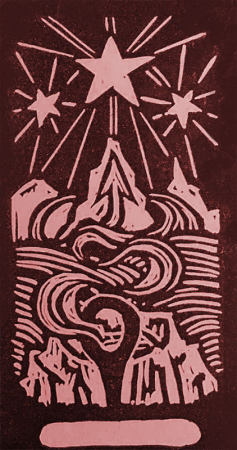 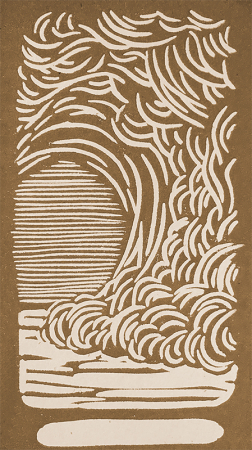 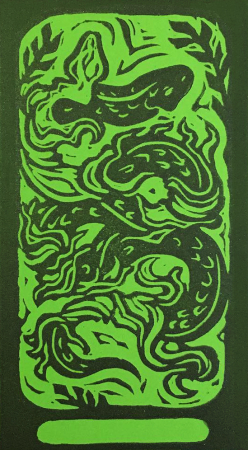 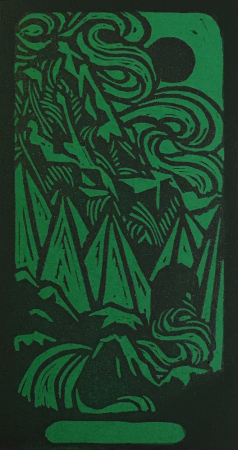 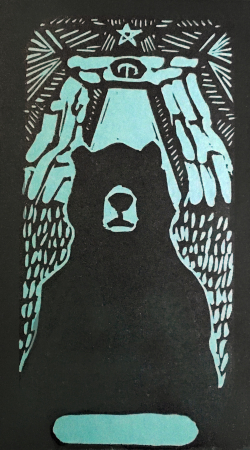 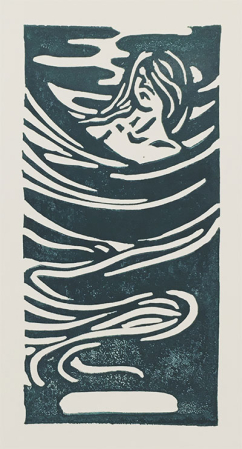 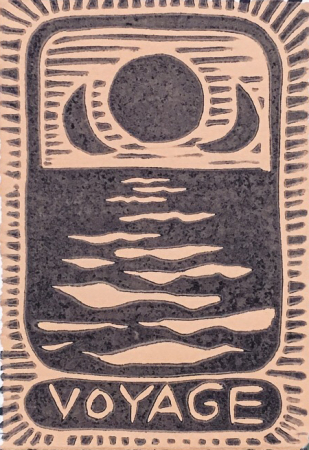