As the Artist is harvesting material, a sandstorm arises, leading to confusion, misdirection, and eventually forcing the Artist to take cover.

The Outward face of a card references when a flipped card is shown to be pictorially upright to the Tole. Outward-facing cards engage the Tole’s relationship and interactions to the external world.   When Outward, Siroc, or The Sandstorm, represents action and isolation. Sandstorms reduce visibility and thrust the Tole into a place of uncertainty. Emerging from the right of the card, the sandstorm is depicted as moving towards the left, suggesting it is carrying the weight of the Tole's past with it: old feelings may become fresh again, or buried struggles may be rising and forcing the movements of the Tole through life. Like the Artist of the narrative, the Tole may find themselves in a place of confusion, misdirection, and mystery. Wrapped in the caustic sand, the Tole may feel isolated from others, or, as this card cautions, should consider why they are moving through life the way they are. This card may even signify that the Tole should question the motives of those who attempt to get too close too quickly. Though this moment of scrutiny may feel intense, the storm moves through, suggesting that even though the strain of the past may weigh heavily on the Tole, it also suggests that if they take action, the Tole can overcome these past struggles and arrive in a new landscape, swept clean of old debris.   The Inward face of a card references when a flipped card is shown to be pictorially upside-down to the Tole. Inward cards engage the Tole’s internal growth, struggles, or subconscious.   When Inward, Siroc, the Sandstorm, represents the power of the past to come forward again into our lives. Sandstorms create a lack of visibility, and when this card is positioned inward, the path of the storm, carrying the weight of the Tole's past, now moves towards the right, or towards the future. This mobility of sand occurs when the land has been mismanaged, or is the effect of natural erosion and time; regardless of the reason for the change, the Tole finds themselves thrust and caught in a place of instability, where the guiding forces behind their actions may not always be apparent, and their direction and purpose may be changing. However, this card also reminds us that such moments of change can be positive: the movement of the earth creates acts of burial and acts of uncovering, allowing the Tole to lay to rest negative memories and behaviors, while revealing new opportunities and strengths. When inward, this card represents a need for patience, and that the isolation caused by sudden change can also be a restorative place of taking cover, choosing what we want to shelter and bring into a new life. 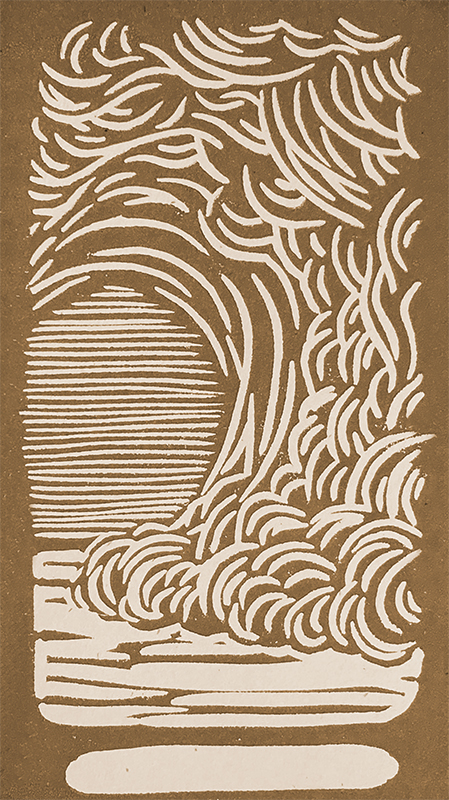